A group of friends waves their hats in a farewell to Isaac Rembichowski, who was leaving for Cuba. 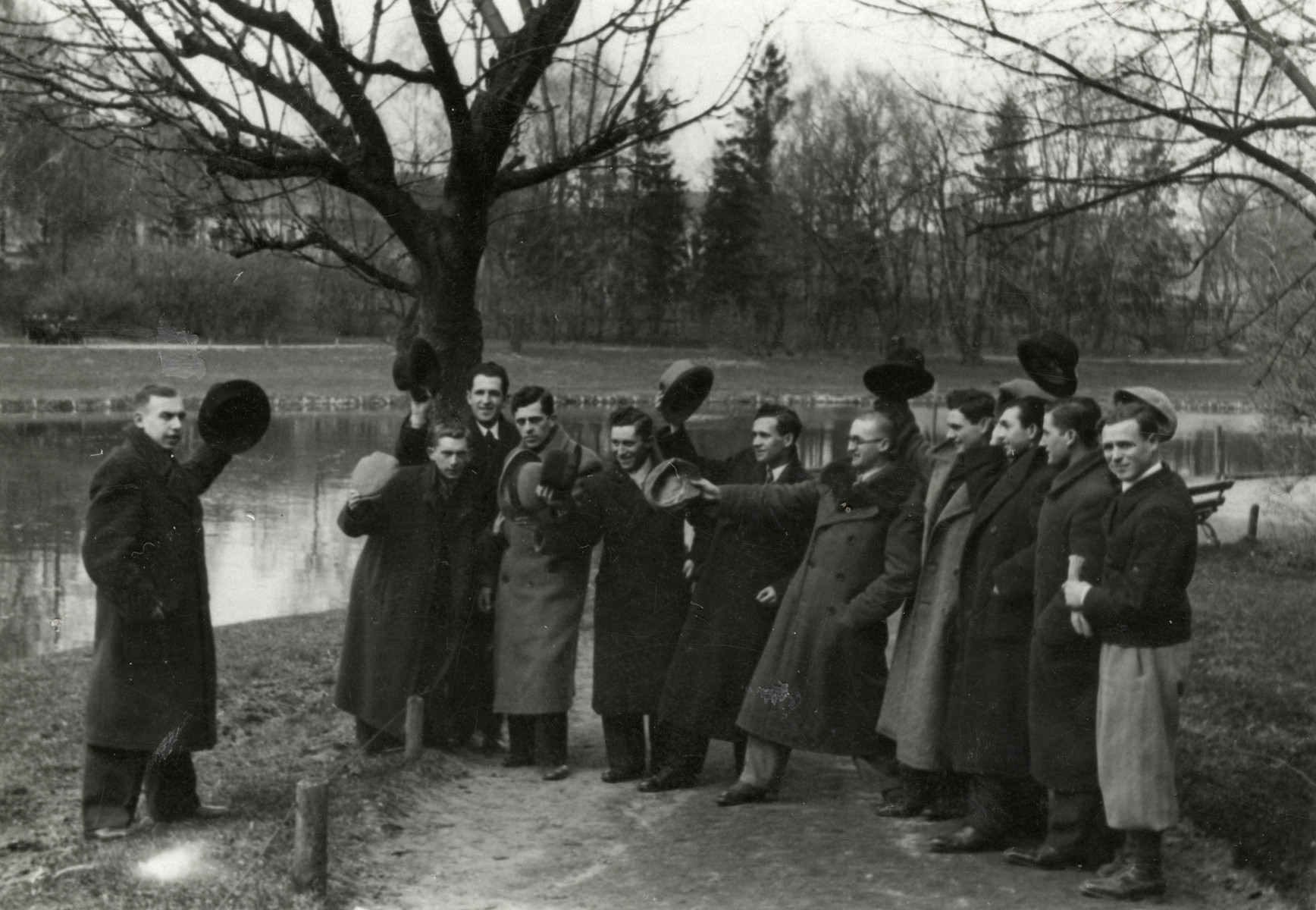 A group of friends waves their hats in a farewell to Isaac Rembichowski, who was leaving for Cuba.

He later came to the United States. Chaim Leichter is pictured second from the left.