Four young people, two of them sharing a cigarette, stand behind a fence. 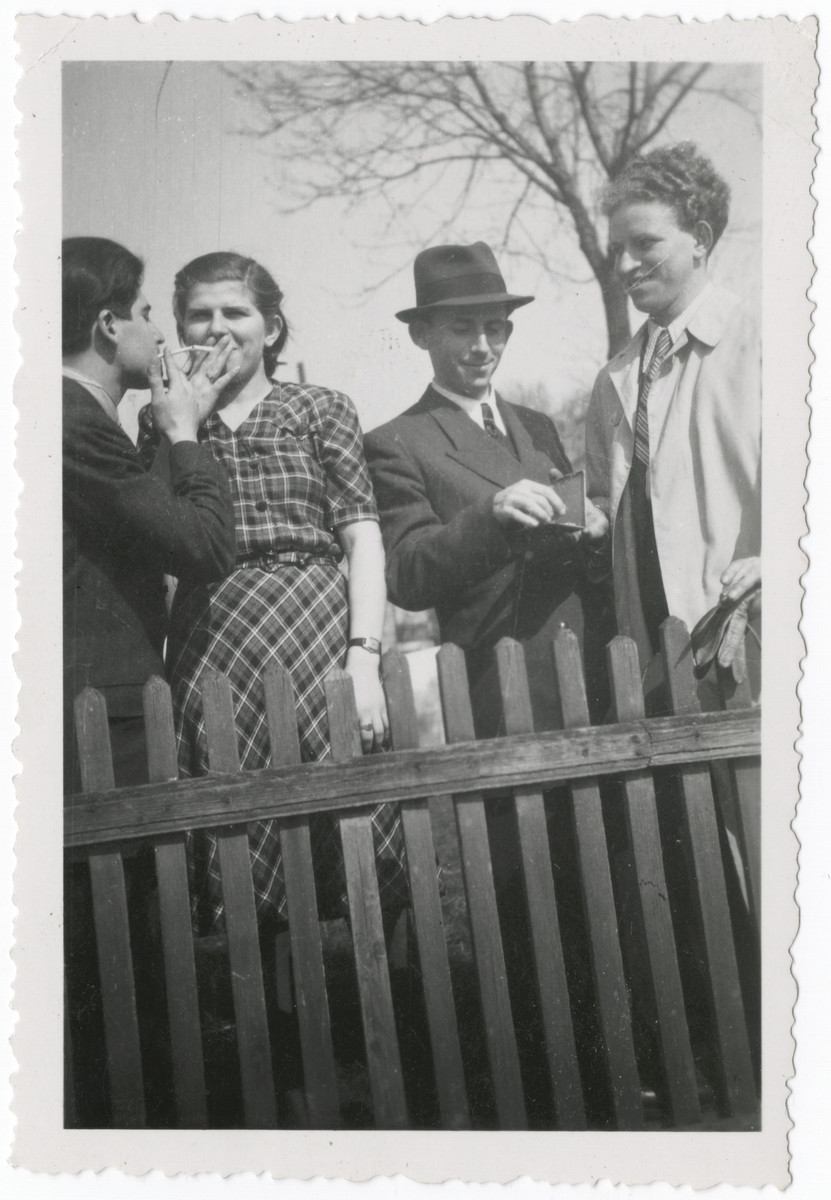 Four young people, two of them sharing a cigarette, stand behind a fence.

Jolan Weinberger is second from the left. Her cousin Bernard is to her right.