Zionist youth, some who came to Switzerland on the Kasztner transport, share a meal in the dining room of a kibbutz hachshara near Bern. 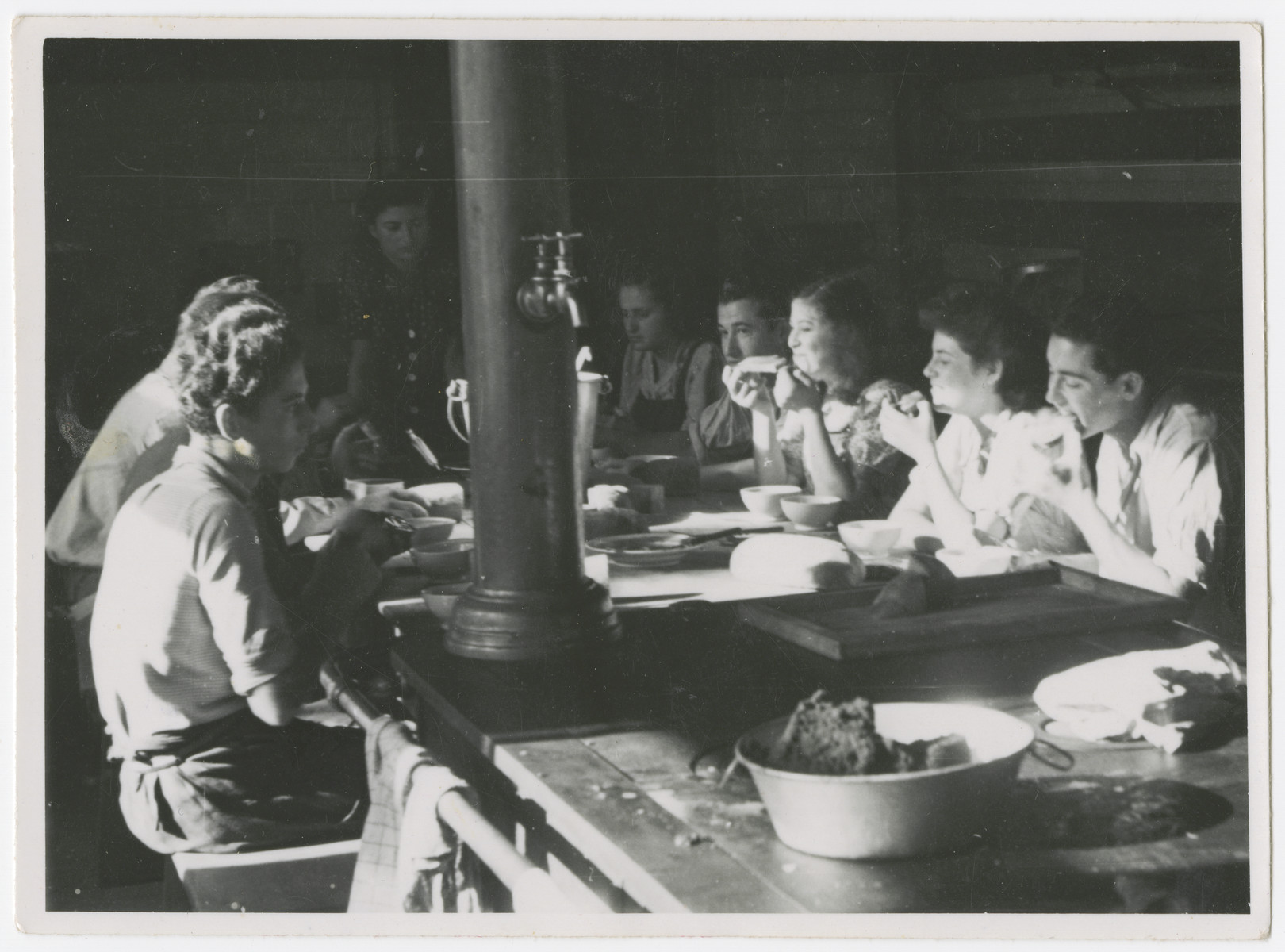 Zionist youth, some who came to Switzerland on the Kasztner transport, share a meal in the dining room of a kibbutz hachshara near Bern.

Eva Weinberger is pictured sixth from the right.