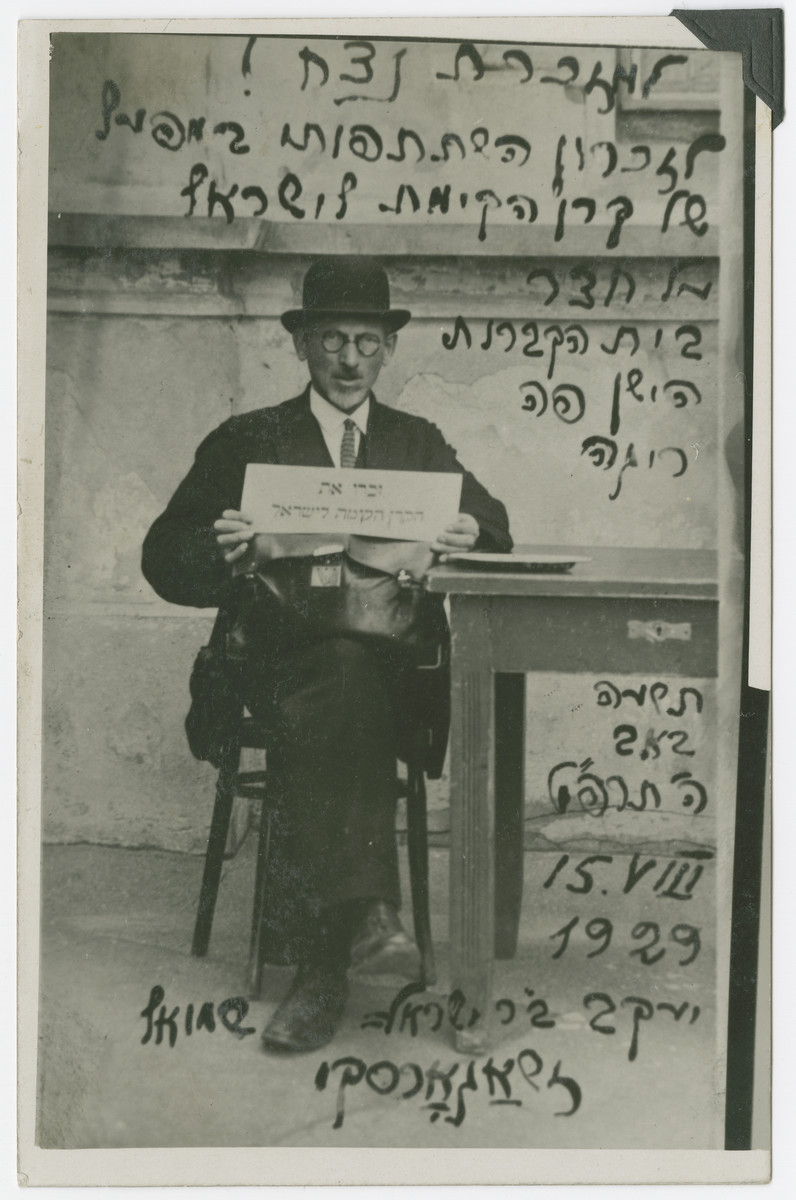 Yaakov Zagorsky was a prominent Jewish
public figure in Riga, a collector of Jewish periodicals, and the creator of a "museum of Jewish press."

The original caption reads "As an eternal remembrance! In memory of your participation in the work of Keren Kayemet of Israel In front of the old Jewish cemetery in Riga."

Event History
Photographs from the album of Samuel Gotz, uncle of the donor.
Biography
Samuel Gotz. (1895 -1983). Born in Siauliai, Lithuania. He was a lifelong Zionist, was a leader in the early formation of modern Zionism and the Hachalutz movement in Petrograd (Petersburg) in Russia and in the Baltic states. He knew, and worked with many of the leaders of the Zionist movement including Chaim Weitzman, Josef Trumpeldor, Nachum Sokolov, Ussishkin and Vladimir Jabotinski. After 1935 he lived in Southern Rhodesia where he was very active in the Zionist organization.

Elly Gotz lived in Kaunas, Lithuania with his parents, Sonja and Julius Gotz. When he was 13, the Nazis confined them to the Kovno Ghetto, along with 29,000 other Lithuanian Jews. After two years in the ghetto, Elly and his father were separated from his mother and sent to Dachau concentration camp. They remained there until the camp was liberated in April, 1945. After the war he and his parents moved for a while to Rhodesia where they reunited with Samuel.