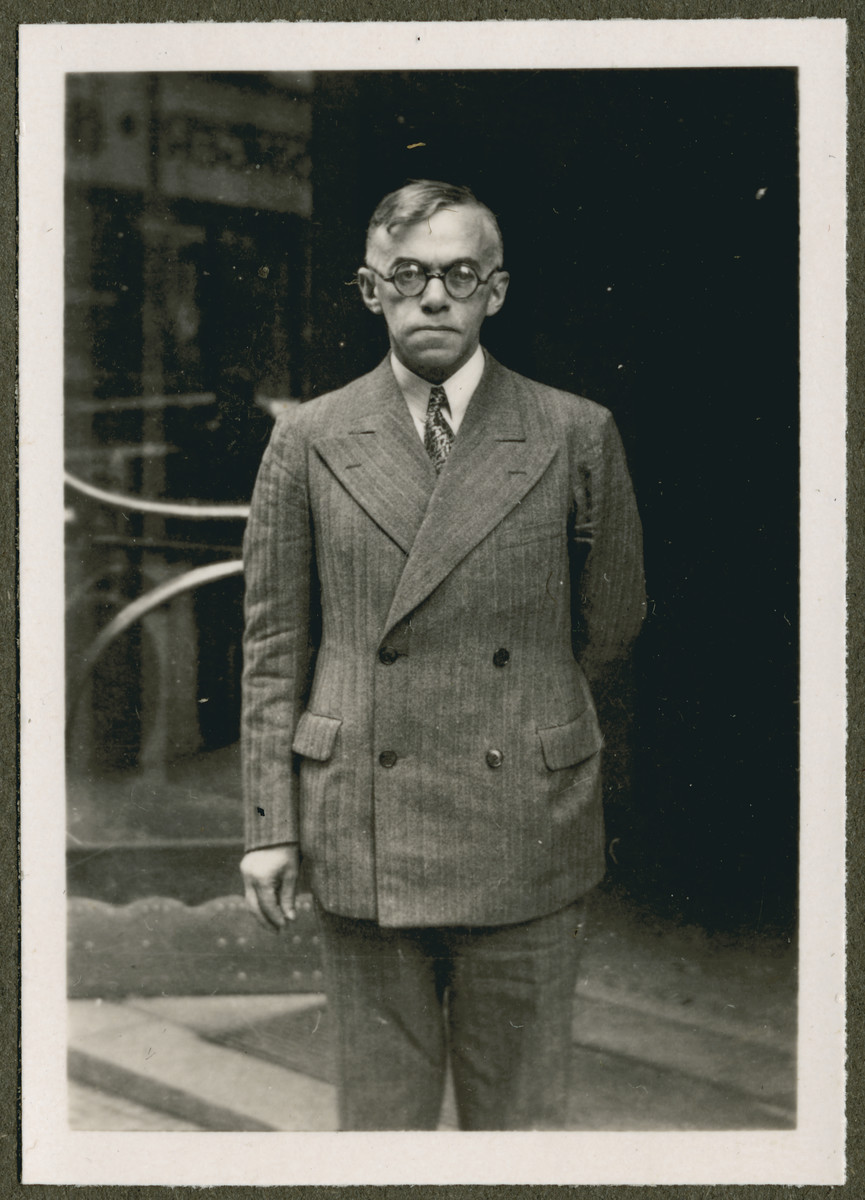 Biography
Zeev (Vladimir) Jabotinsky (1880-1940), Hebrew poet, translator, orator and essayist and leader of the Revisionist Zionists. Jabotinsky was born in Odessa in 1880. He studied law in Switzerland before returning to Odessa to work as a journalist often under the pen name Altalena. Following the Kishinev pogroms of 1903, Jabotinsky became increasingly involved in Zionist activities. In WWI, along with Joseph Trumpeldor, Jabotinsky was instrumental in lobbying England to form a separate Jewish brigade, known as the Zion Mule Corps. In 1923 Jabotinsky resigned from the Executive of the World Zionist Organization disagreeing with its passive acceptance of British rule in Palestine, and in 1925 he and his followers formed the World Union of Revisionist Zionists which advocated massive Jewish immigration, Jewish military training and the creation of a Jewish state on both sides of the Jordan river. In 1935 he formed the New Zionist Organization sealing his split from the dominant Labor Zionist movement. Jabotinsky's policies were particularly popular with Jewish youth in Poland and the Baltics who were seeking a more activitist Zionism. They joined Betar (Brit Trumpeldor) youth groups of which Jabotinsky was their spiritual leader. In the 1930s Jabotinsky worked to bring in large numbers of illegal immigrants into Palestine and created underground army, the Irgun Tzeva Leumi to defend Jews against Arab rioters. Jabotinsky died suddenly of a heart attack while on a speaking tour in the United States in 1940.

Samuel Gotz. (1895 -1983). Born in Siauliai, Lithuania. He was a lifelong Zionist, was a leader in the early formation of modern Zionism and the Hachalutz movement in Petrograd (Petersburg) in Russia and in the Baltic states. He knew, and worked with many of the leaders of the Zionist movement including Chaim Weitzman, Josef Trumpeldor, Nachum Sokolov, Ussishkin and Vladimir Jabotinski. After 1935 he lived in Southern Rhodesia where he was very active in the Zionist organization.

Elly Gotz lived in Kaunas, Lithuania with his parents, Sonja and Julius Gotz. When he was 13, the Nazis confined them to the Kovno Ghetto, along with 29,000 other Lithuanian Jews. After two years in the ghetto, Elly and his father were separated from his mother and sent to Dachau concentration camp. They remained there until the camp was liberated in April, 1945. After the war he and his parents moved for a while to Rhodesia where they reunited with Samuel.