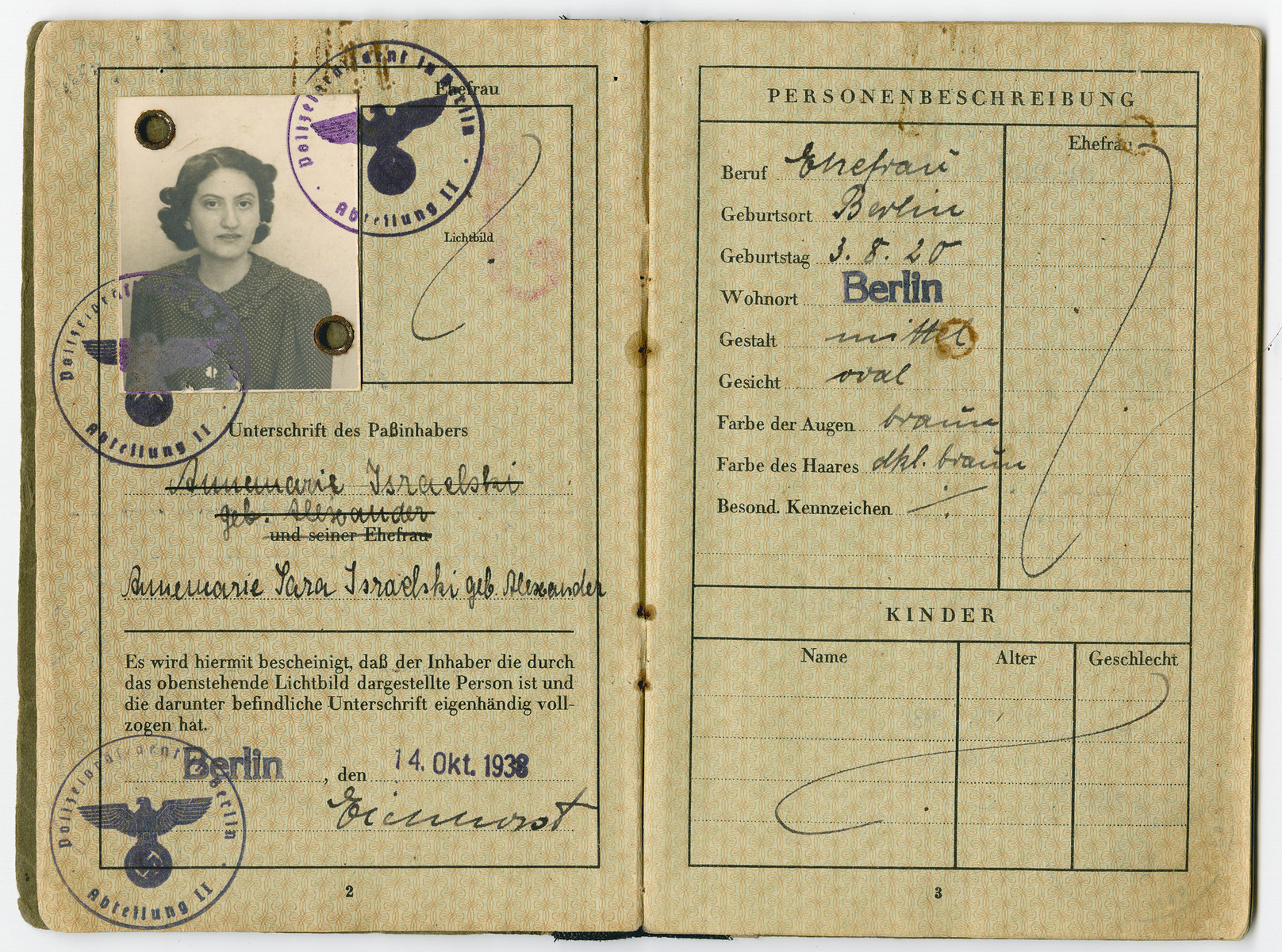 The Jews were not allowed to have Aryan names on their passports, so all of the boys were named Israel and the girls were Sara.