Gershon Press poses after the war in his concentration camp uniform. 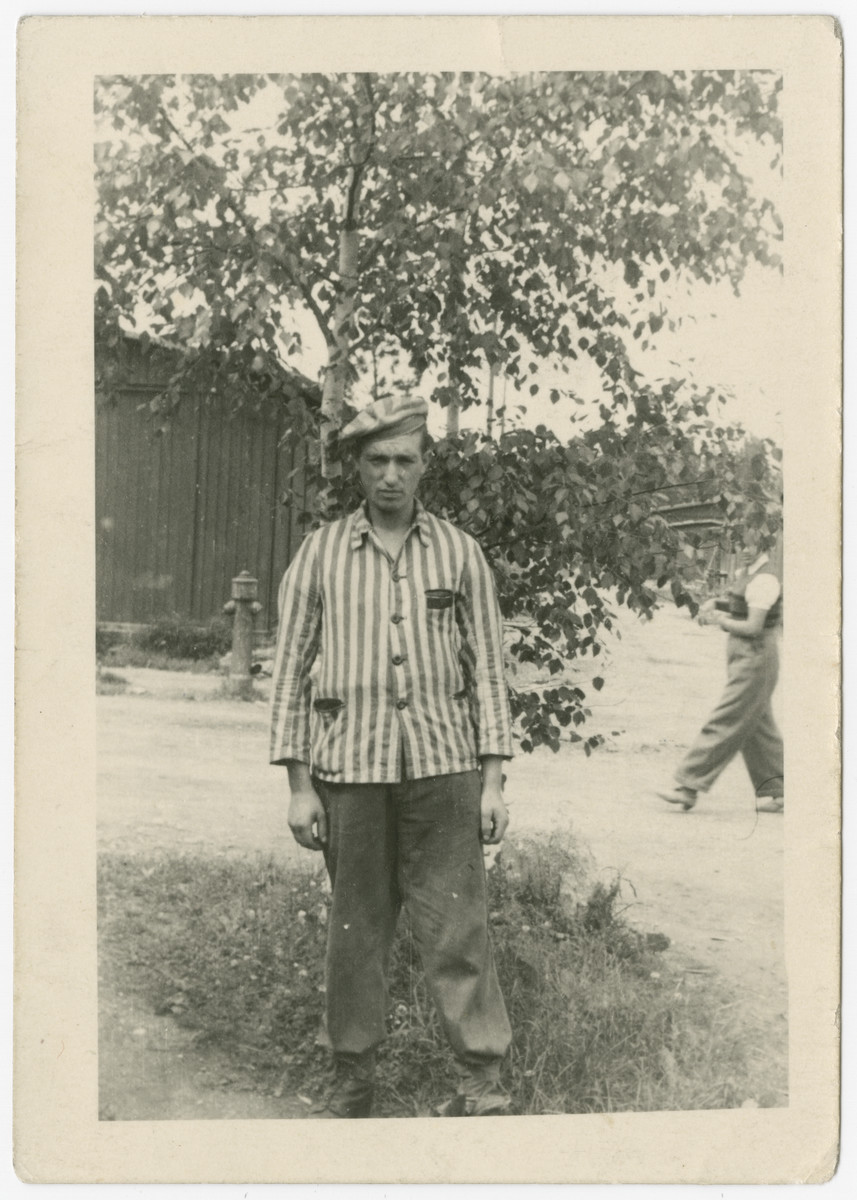 Gershon Press poses after the war in his concentration camp uniform.

Biography
Gershon Press (the father of the doner) was born in 1921 (though official documents listed his birth date as June 14, 1918) in Kovno (Kaunas), Lithuania and grew up in Sveksna. He was the son of Beines and Sonja (nee Cohn, b. @1896), and he had three younger brothers, Berl (b. 1926) and Meyer and Welrel, who were twins (b. @ 1931-35). Beines had been drafted into the Russian army and fought in World War I. He died of natural causes before the Holocaust. In 1940 the Soviet Union incorporated Lithuania and the following year, in June 1941, Germany invaded and occupied the country. They began the mass murder of Jews there almost immediately. At the time, Gershon was living in Kovno and working shearing the skin off of cattle and curing it into shoe leather. His mother and brothers remained in Sveksna. On the eve of Rosh Hashanah, the Germans rounded them up together with all the Jews of Sveksna and shot them into a large ditch in Inkakliai. Gershon Press' mother and three younger brothers were captured and killed with machine guns on the eve of Rosh Hashanah 1941 as part of the Nazi, large scale immediate slaughter of Jews.
On August 15th, 1941, the Nazis established a ghetto in Kovno. Gershon Press remained there until its liquidation three years later. On July 29th, 1944, he was transferred to Dachau and assigned the number 84847. After his liberation from Dachau by the United States army on April 29th, 1945, he stayed in the Feldafing and Landsberg displaced persons camp and eventually immigrated to the United States.