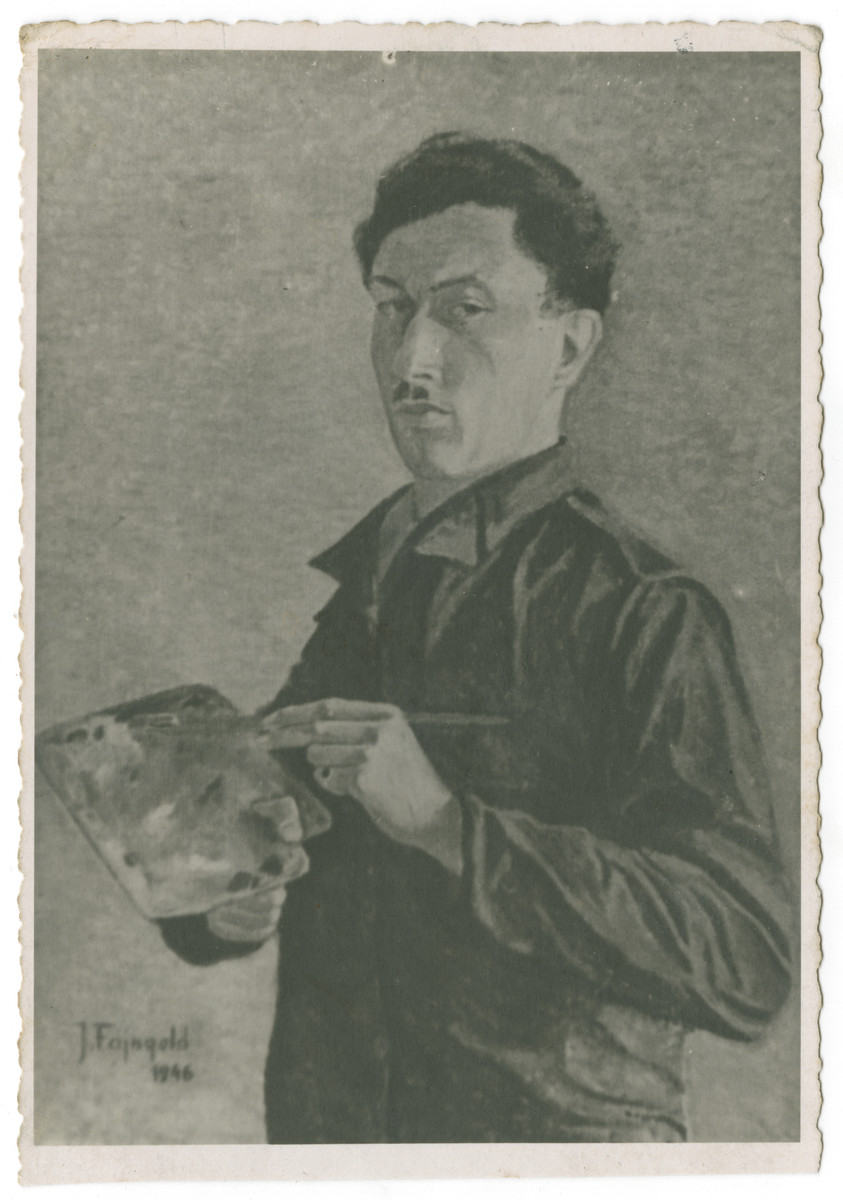 Biography
Julian Feingold was born in Poland and educated at the Institute for Fine Arts in Poznan and the Art Institute of Lwow. During the war he escaped east. He then was sent to the Soviet interior and later evacuated to Tashkent, Uzbekistan. He returned home after the war to discover that his entire family had perished. He left Poland for the Zeilsheim displaced persons camp and immigrated to the United States where he worked as a cartoonist, graphic artist and book illustrator,