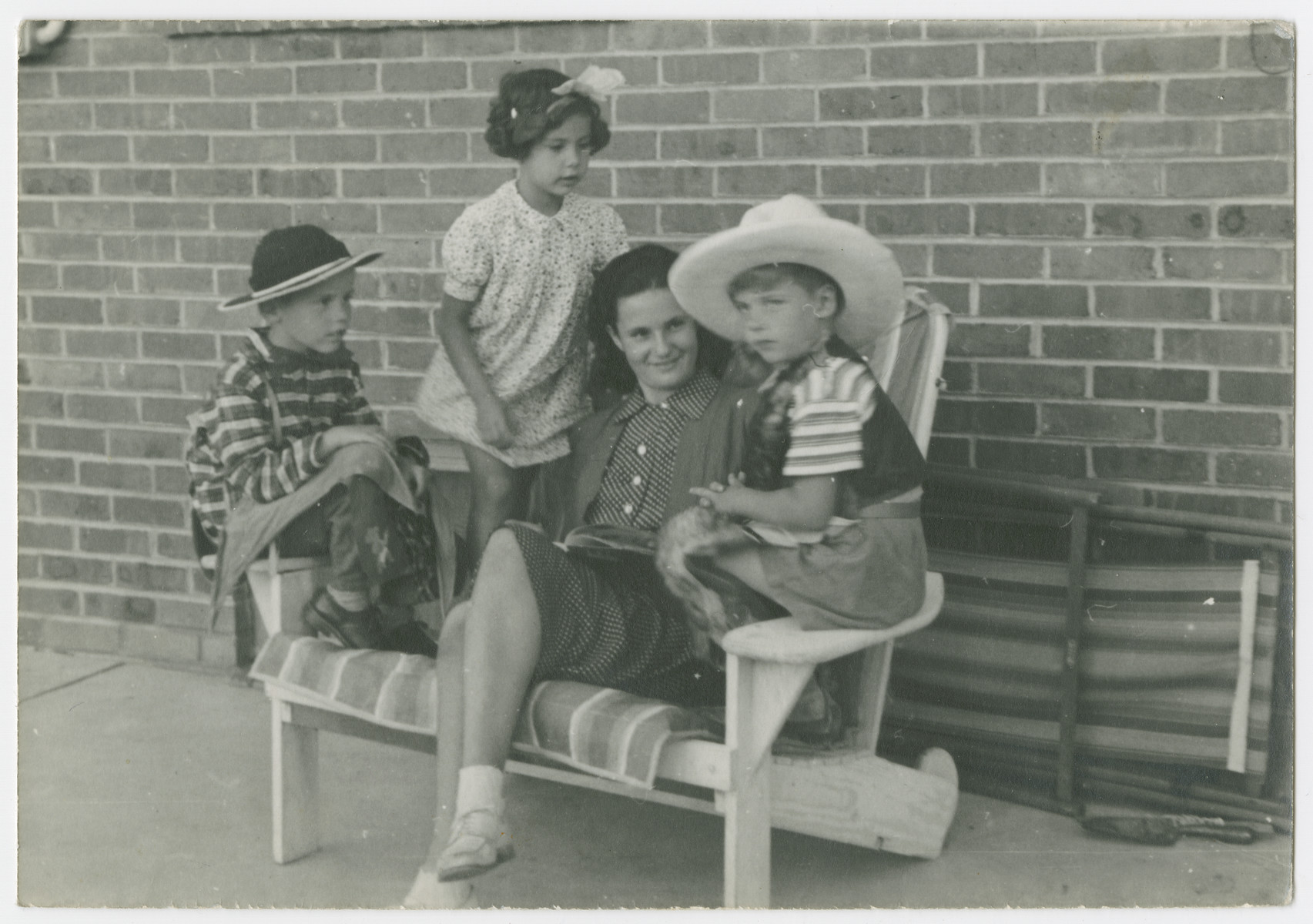 Ruth Rahn is to her left. The Rahns and Vishniacs had been friends in Berlin and both immigrated to the United States to escape the Nazis.