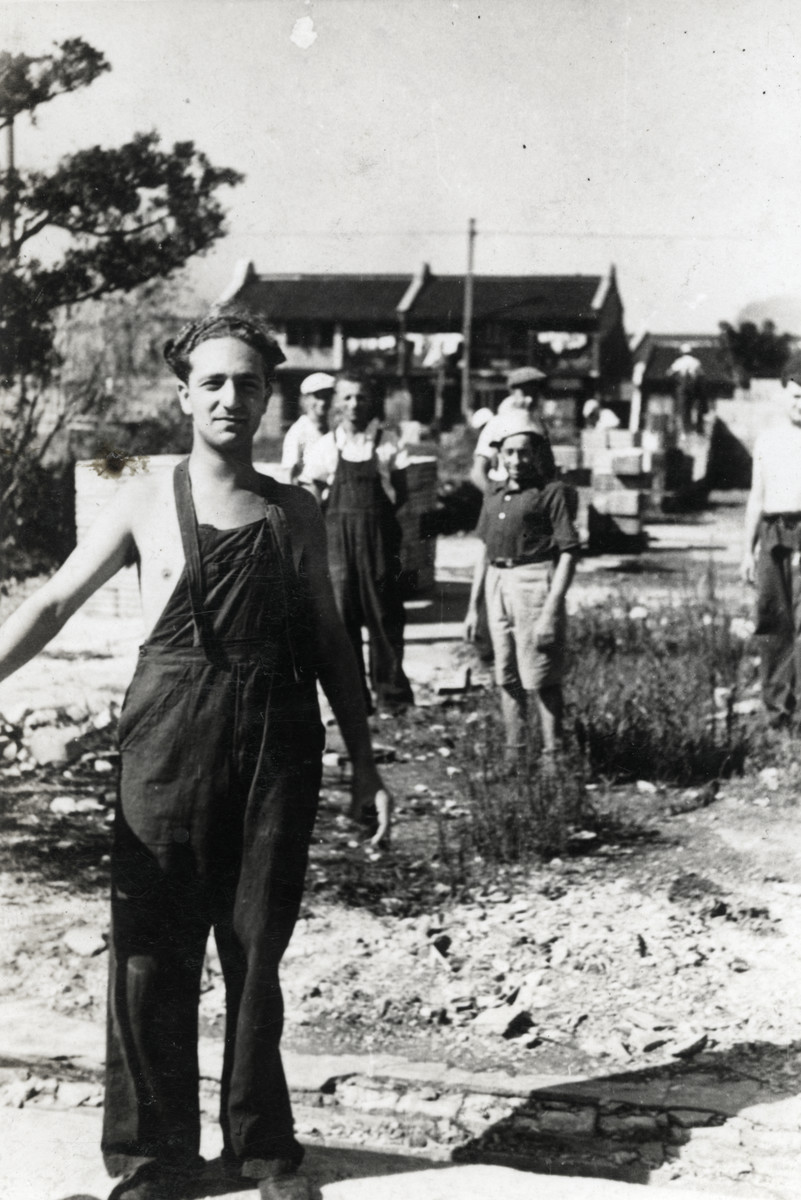 Biography
Kurt Marcus (born Kurt Markus) is the son of cousins Frederika (Rita) Luneburg and Siegfried Markus (b. April 1990, Hamburg). He was born on November 5, 1914 in Hamburg, Germany to They were first cousins. He had one sister Lisalotte (b. September 27, 1916) who left Germany on the Kindertransport. Kurt's mother died a natural death in September 1941 prior to deportation, but his father perished in a concentration camp having been deported to Lodz on October 25, 1941. Before the WWI he had been in building materials, but later there was not work and he manufactured window display signs. In 1937 Kurt fled to Holland where his uncle Alfred Markus had been living since 1935. Kurt worked as a salesman for a German chemical firm for two years, but then was told his visa would expire soon and that he had to leave the country. He went to the Jewish Committee for Refugees for help. His girlfriend helped him obtain Belgian and French transit visas so that he could legally travel to Shanghai. She accompanied him to France, and he boarded the liner to Shanghai. He arrived in China four weeks later on August 5, 1939 having made stops in Ceylon, Saigon, Port Said, Eritrea and Hong Kong. He went to the Aerocrete camp in Hongkew, a bombed out factory on 1090 Pingliang Road and then began searching for work. Shortly after arriving Kurt went to the Jewish Club and met Mr. Behrmann, manager of the Joint for the Far East. He told him that he had many friends in Japan who were importers and exporter and could use someone like him. Since Kurt's passport was not stamped with a J he obtained a visitor's visa from the Japanese consulate. Mr. Berhmann gave him a letter of introduction to Mr. Kolberg, the secretary of the Jewish community in Kobe, Japan. Reaching Nagasaki he took a train to Kobe where he met Mr. Kolberg. The Jewish committee put Kurt in charge of its new Jewish club whose members mostly were Russian Jews who had fled the revolution. Kurt wrote to his girlfriend Edith and hoping to bring her to Japan but was not successful. He later learned that she had been deported to a concentration camp and killed. As the war progress, Kurt evacuated to Arima in the countryside about an hour from Kobe. After the war ended, he returned to Kobe and worked for the American Army. Kurt soon received letters from his surviving uncles in the United States who urged him to join them. Kurt sailed to San Francisco in April 15, 1948 and then made his way to New Jersey to join his family. He married and held various jobs before immigrating to Israel in 1974.