A young Jewish displaced person poses [perhaps in his camp uniform] in front of a memorial to the victims of the Holocaust. 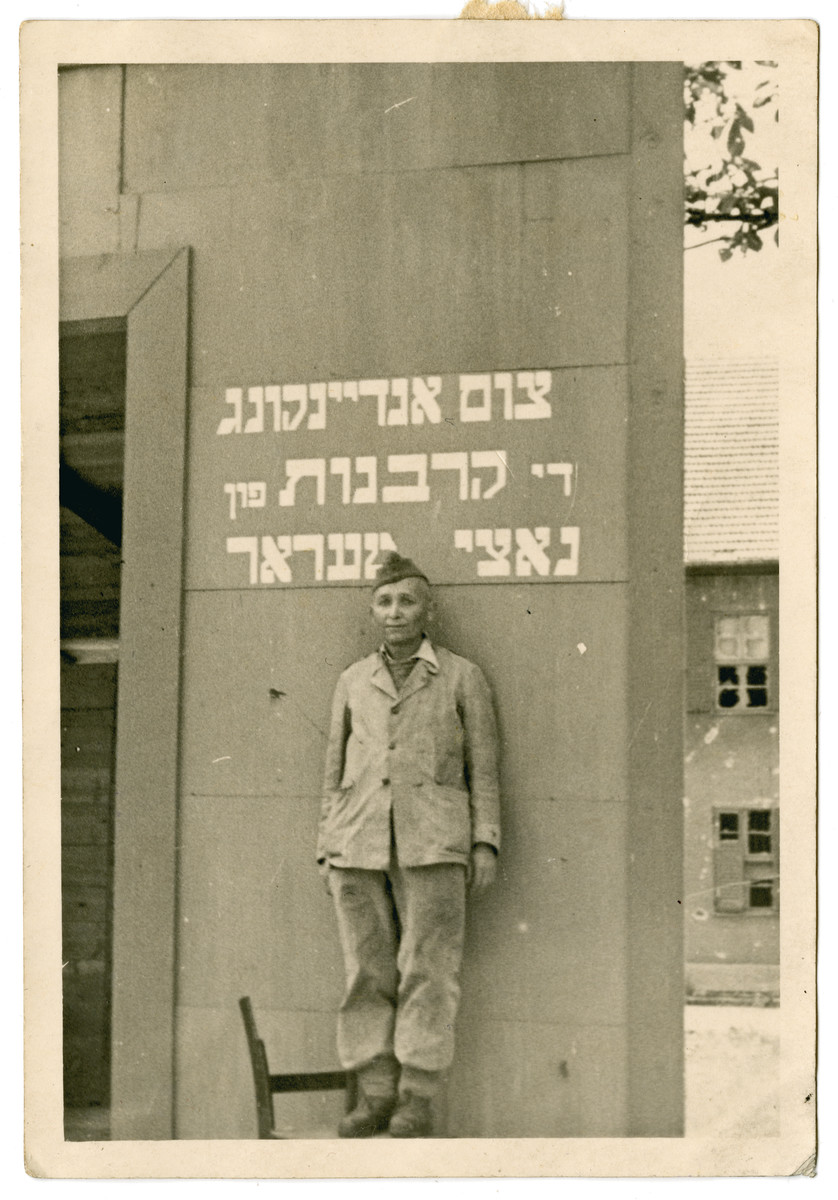 A young Jewish displaced person poses [perhaps in his camp uniform] in front of a memorial to the victims of the Holocaust.

The Yiddish memorial reads: "As a memory to those sacrificed to Nazi terror."