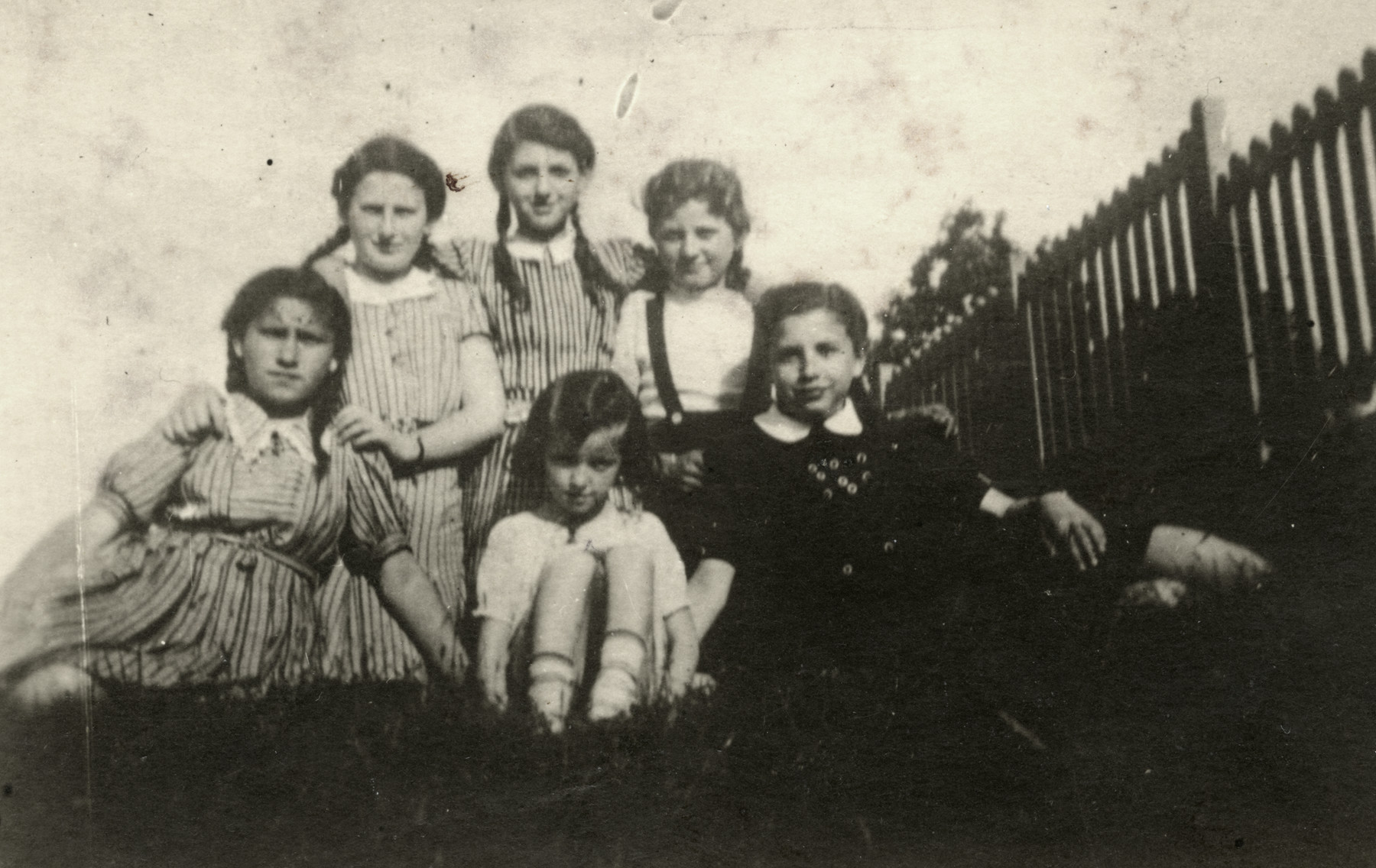 Among those pictured are Tova Lamm (second from right), Blanche (Blima) Ferber (back row, center), and Leah Ferber (front, center).