Mali Lamm, a Jew in hiding, poses with her rescuer's daughter and a group of men. 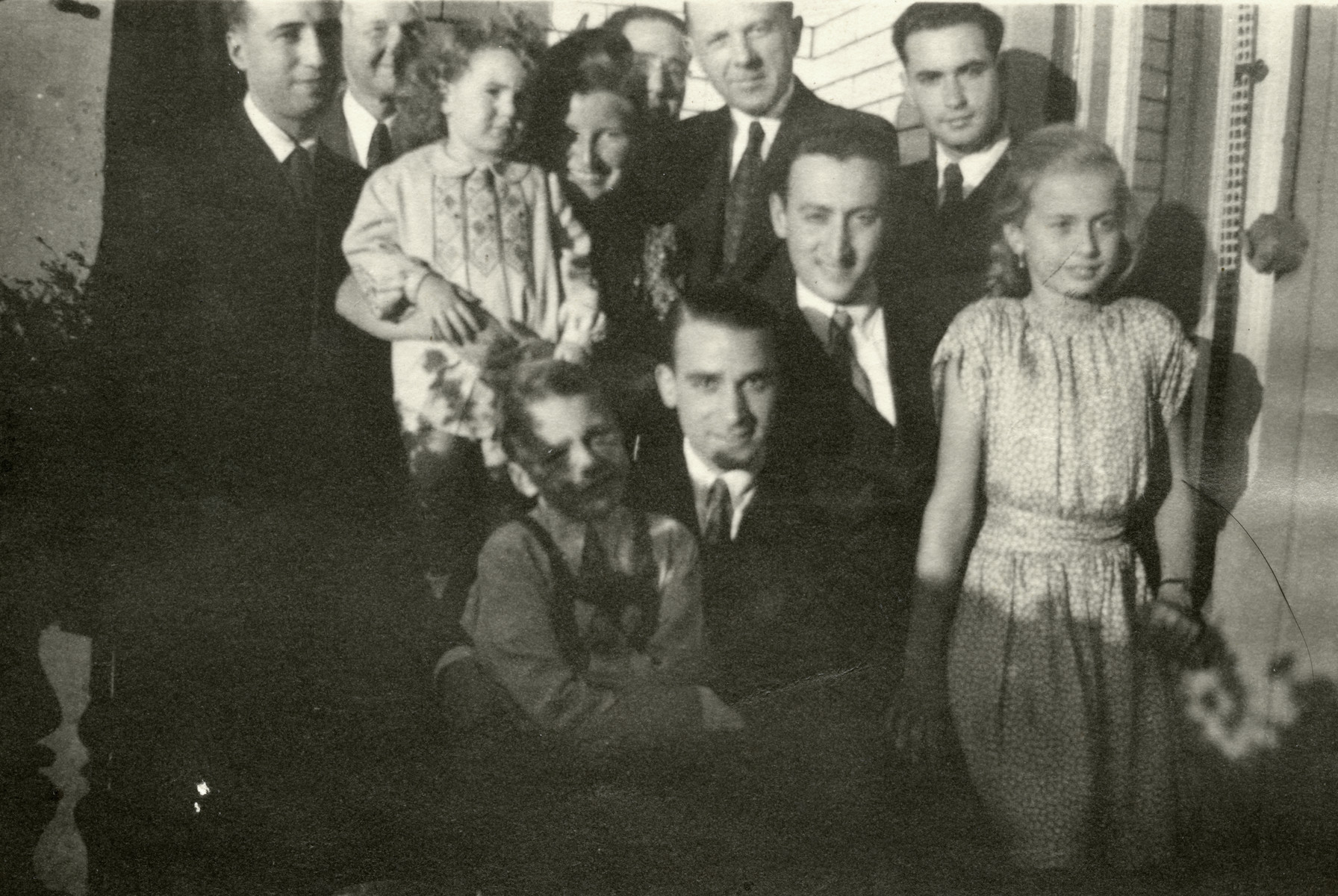 Mali Lamm, a Jew in hiding, poses with her rescuer's daughter and a group of men.

Mali Lam is pictured in back holding young child. Gerda Kreisse is pictured on the right.