Class picture inside a girls classroom in the school on the rue Eugene Reisz. 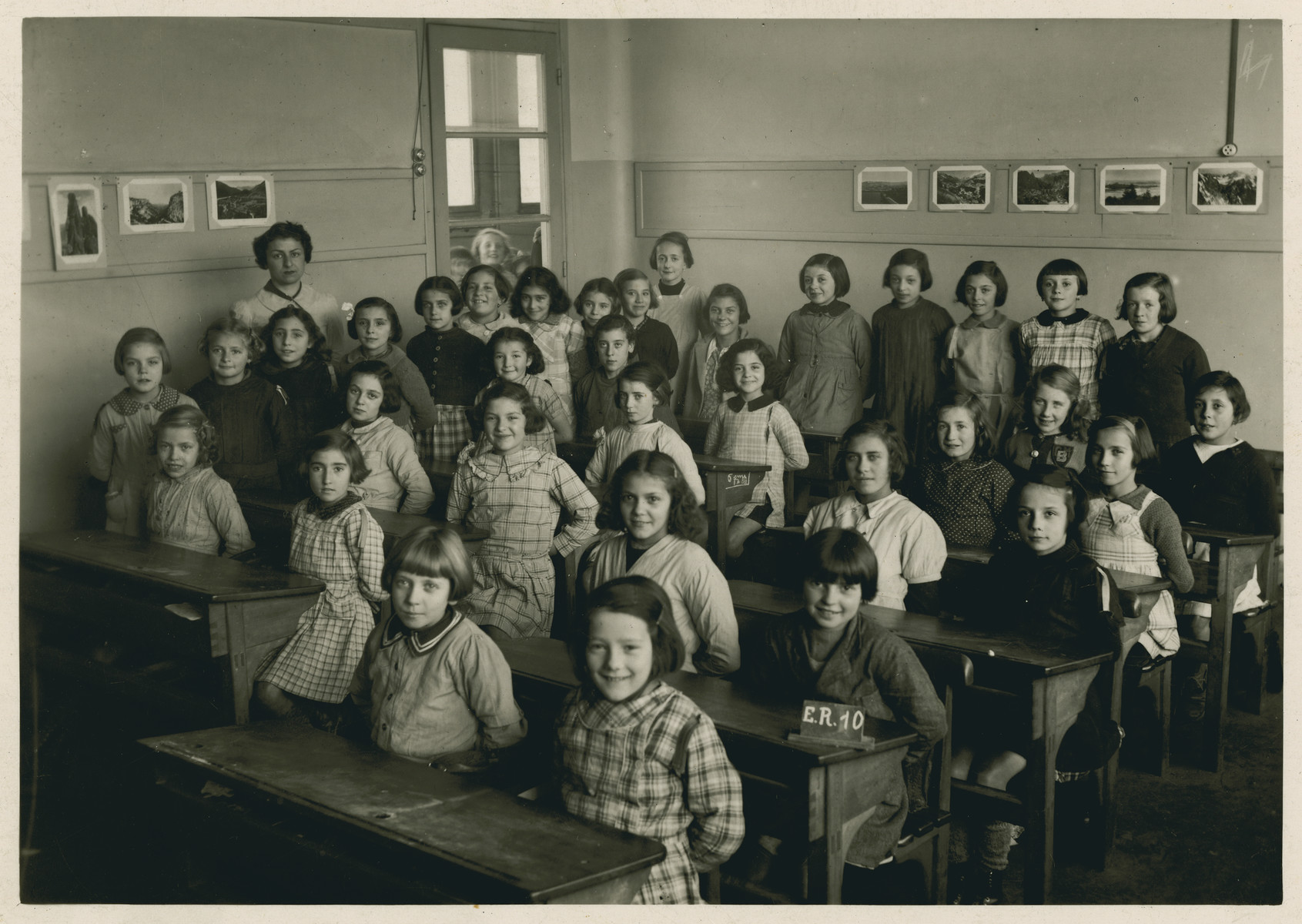 Class picture inside a girls classroom in the school on the rue Eugene Reisz.

Lucie Zonendlich is seated at the table on the last row on the left.