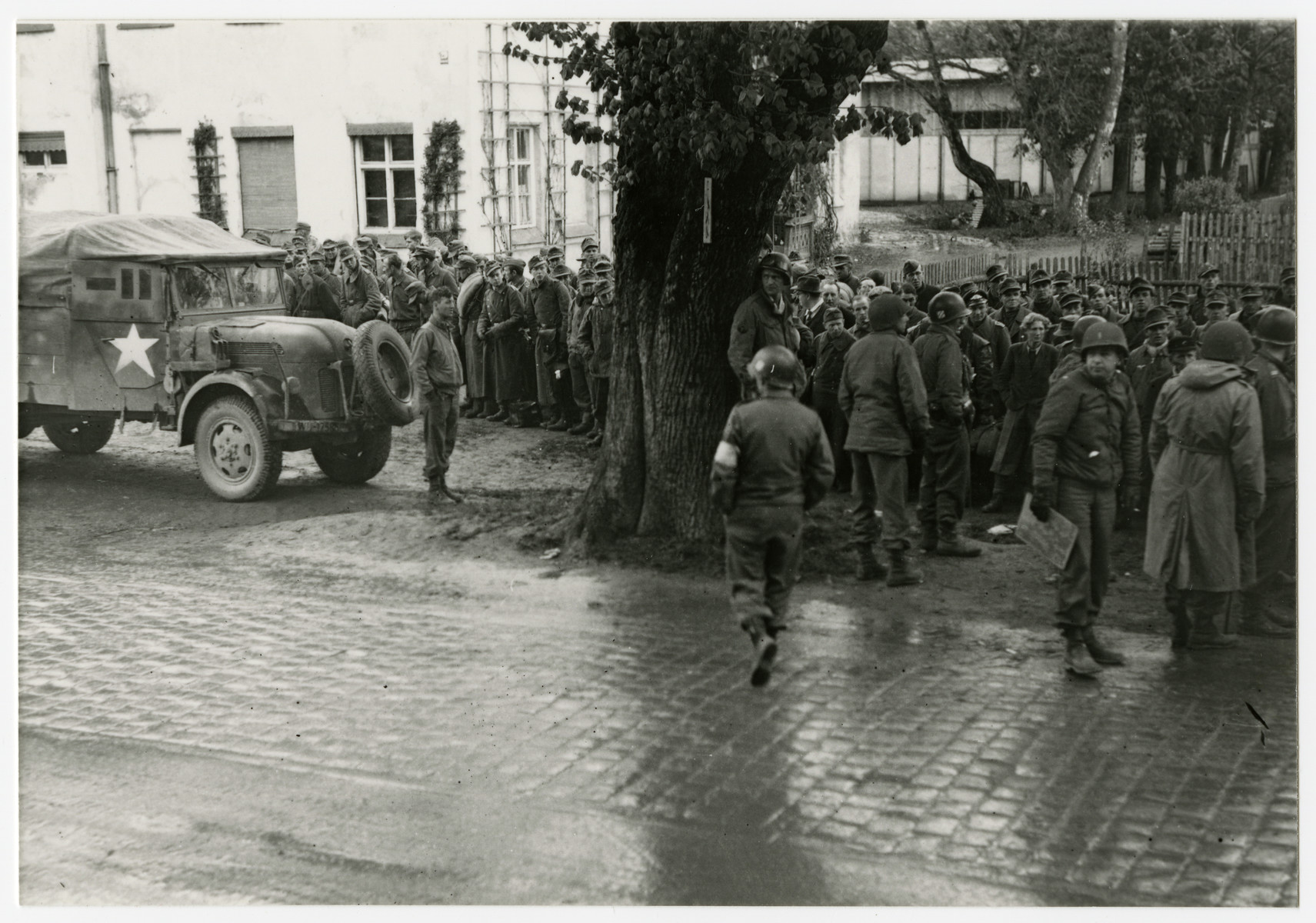 The original caption reads" Munich 1945 -- We don't know what to do with all the prisoners."