Rifke Zarwanitzer walks down a street [possibly in Bucharest] after the war. 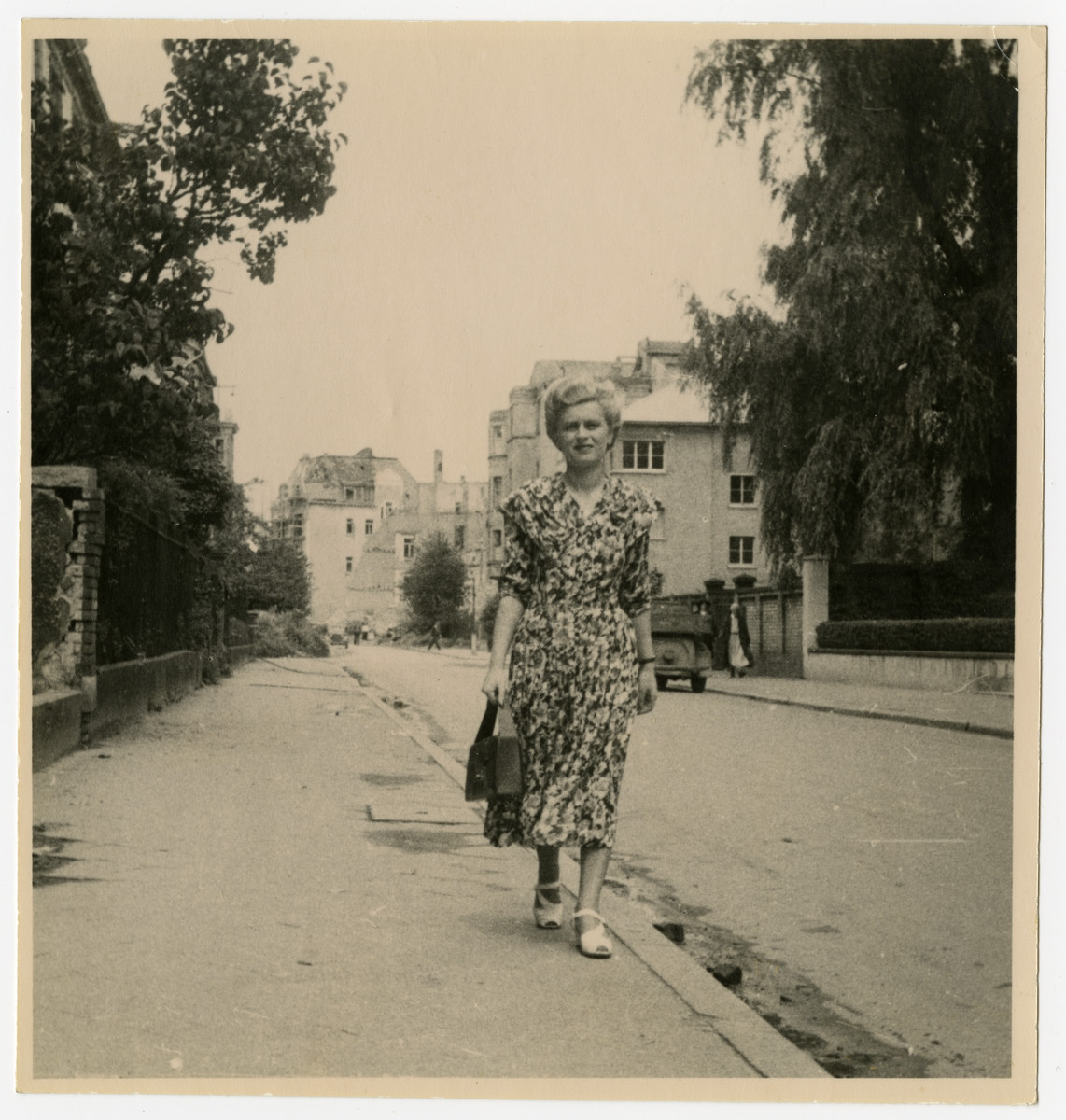 Rifke Zarwanitzer walks down a street [possibly in Bucharest] after the war.

Biography
Lillian Mahl is the daughter of Regina and Michael Lowensohn (later Littman). Regina (Rifke Leah) was the only child of Mendel and Charlotte Zarwanitzer. She was born on February 5, 1924 in Bolechow, Poland. Prior to the final liquidation of the Bolechow ghetto, Regina's parents told her to escape to the woods. Regina traveled with the partisans to the Hungarian border. She had blond hair and blue eyes and passed as a Christian. After arriving in Budapest, she went to the Polish consulate and obtained Polish papers under the name Christina. Somehow Regina met Margit Kronovitz Lowensohn (b. March 24, 1900 in Szatmar). Margit in turn introduced her to her husband Herman (Chaim Zvi) Lowensohn (b. December 30, 1891 in Szatmar) and her son Michael (Nosen Moishe, born August 24, 1920). When the Lowensohns had to move to the Budapest ghetto, Regina brought them food and offered other assistance. Regina and Michael fell in love and married after the war in Bucharest. Michael and his parents lived in Budapest but escaped to Romania at some point. Regina and Michael married in Bucharest. Regina, Michael, Margit and Herman all immigrated to the United States in 1947 and changed their last name to Littman. Regina gave birth to two daughters, Judi and Lillian. After Michael passed away, Regina remarried Leon Sperling, also a Holocaust survivor from Poland.