Close-up portrait of the Raysman family after returning from the Soviet Union. 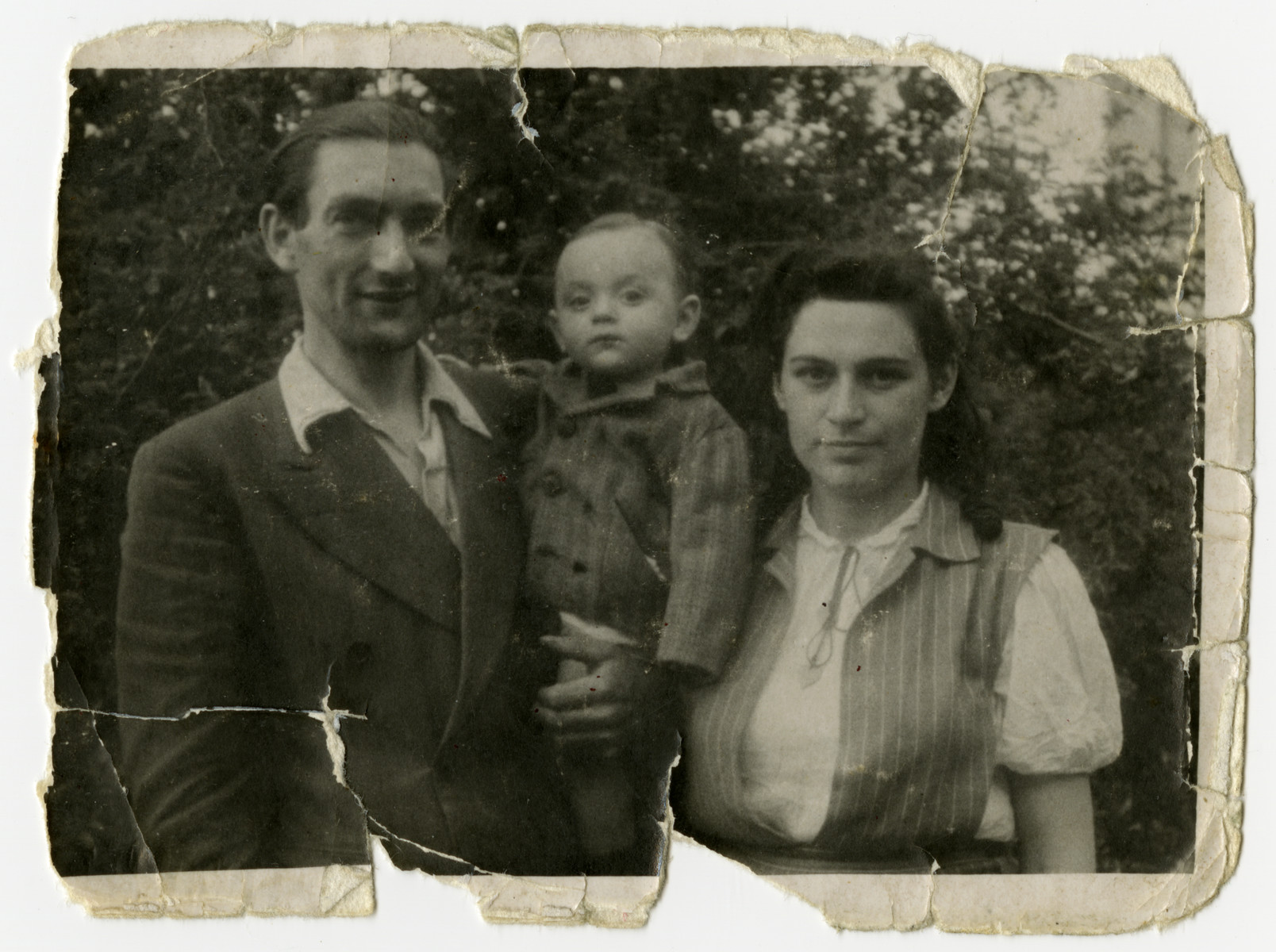 Close-up portrait of the Raysman family after returning from the Soviet Union.

From left to right are Motel, Marusia and Hershel Raysman.

Biography
Herman Reisman (originally Hershel Raysman, the father of the donor) was born in Russia in 1946 to Motel Raysman (b. October, 1911, Warsaw) and Marusia nee Droznik (b. 1923 in Orshow Belorussia). Following the German invasion of Poland, Motel fled to Bialystok in 1939, and in 1940 was deported to the Gulag Kokolowa outside of Leningrad. He remained there until 1942 and then worked in a collective farm in Czaklow. In 1944 he went to Magnitogorsk. There is met Marusia Droznik. They married in August 1945, and their son Hershel (Herman) was born on May 10, 1946. Ten days later they returned to Poland and then made their way to Austria where they stayed in several displaced persons camps. They lived in Haid from August 1946-January 1947, Steyer from January 1947 to February 1950 and then Ebelsberg from February 1950-October 1950.