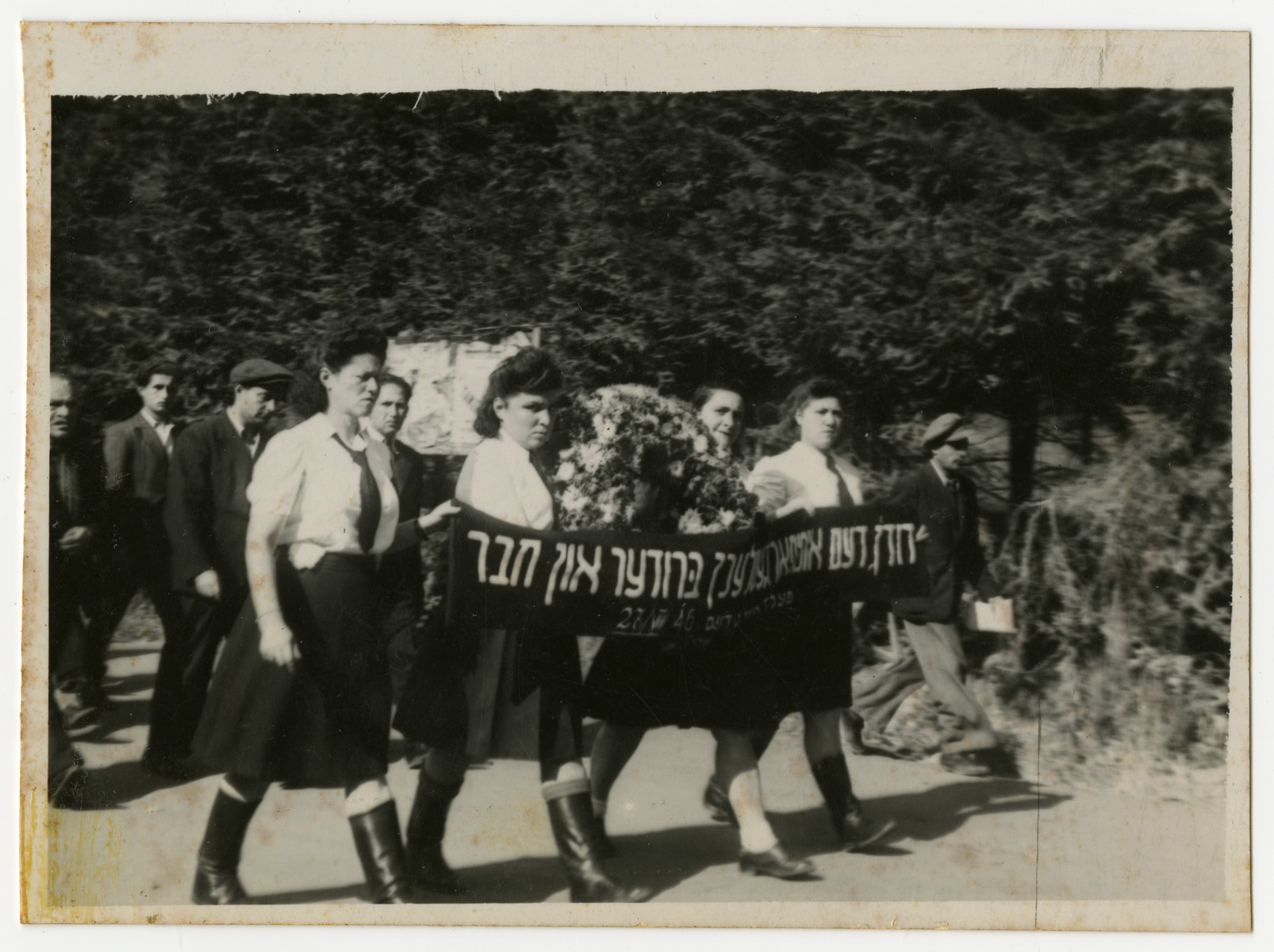 This is possibly the funeral for David Kabesicki. Among those pictured are Rifka Krasner (second from the left) and Jenta Szapiro (third from the left).