Mr. and Mrs. Pressman hold the photographs of relatives who perished during their wedding in the Stuttgart dsiplaced persons camp. 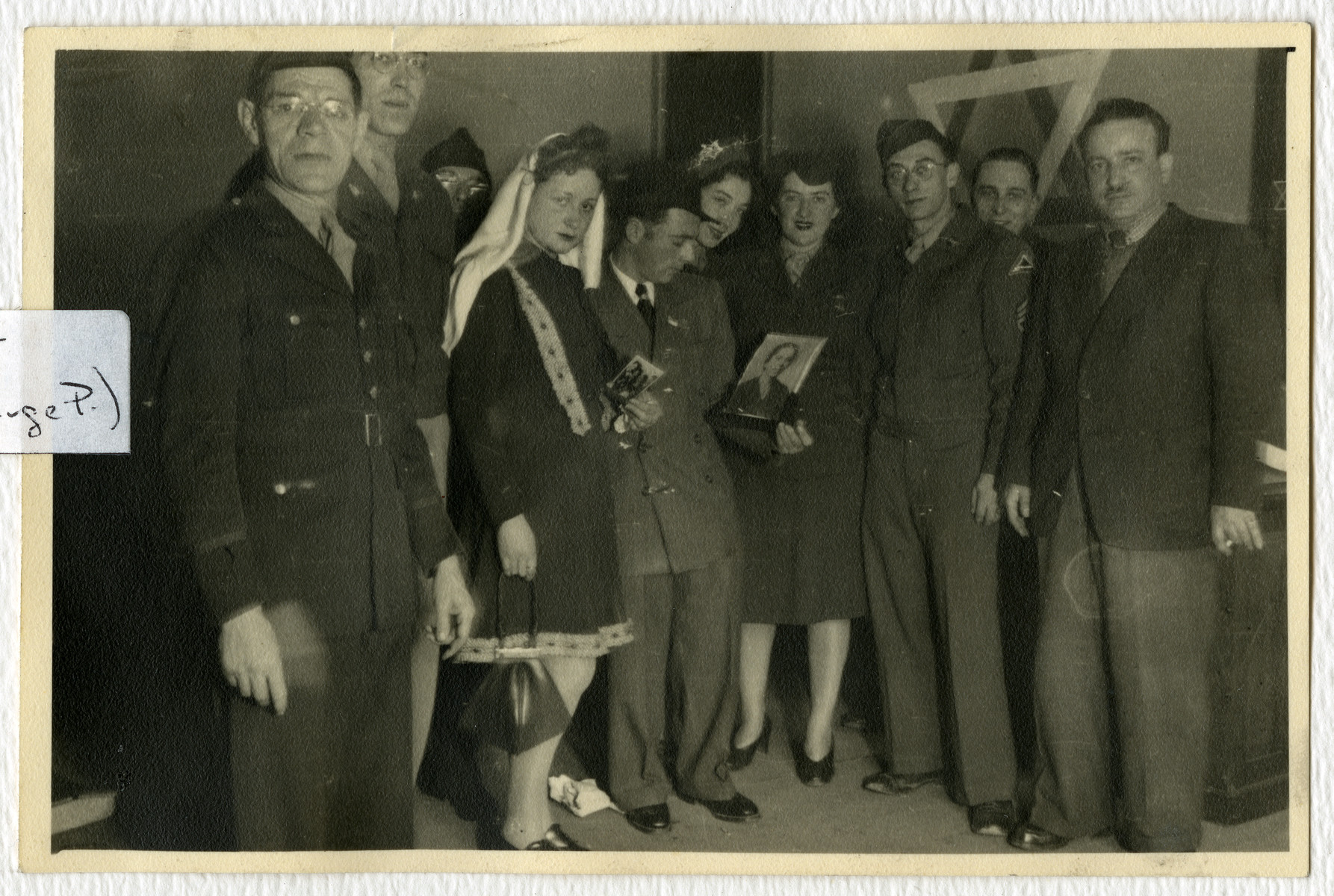 Mr. and Mrs. Pressman hold the photographs of relatives who perished during their wedding in the Stuttgart dsiplaced persons camp.

Cantor Moses Rontal is standing on the far right.

Biography
Moses Rontal was born on August 20, 1905 in Vilna. He studied music at the Vilna Conservatory and later moved to Radom, Poland where he became a cantor. He married Luba Kovarski and had a daughter Yehudit, both of whom perished in the Holocaust in 1942. Moses was incarcerated in several concentration camps including Auschwitz and Dachau. After liberation he stayed in Stuttgart where he officiated in the first postwar High Holiday services. He remarried to Ruth Gold, and together they immigrated to the United States in May 1946. Moses Rontal continued his work as a cantor in the Chicago area and passed away in 1993.

His wife Ruth Gold Rontal was the daughter of Peter Gold and Fanny Schiffman (b. 5/12/1889). Ruth Gold was born on August 16, 1920 in Esslingen, Germany. She had an older sister Erna and a younger sister Ingeborg. Ruth also was married before the war. Her husband and children all perished in the Holocaust. Ruth was incarcerated in the Tarnow ghetto in Poland and concentration camps in Ravensbrueck, Auschwitz, Gundelsdorf and Malchow where she was liberated by the Soviet Army. She died 2006