The Mueller family goes for a bicycle ride in front of the home of Sebald Mueller’s brother, Max Mueller. 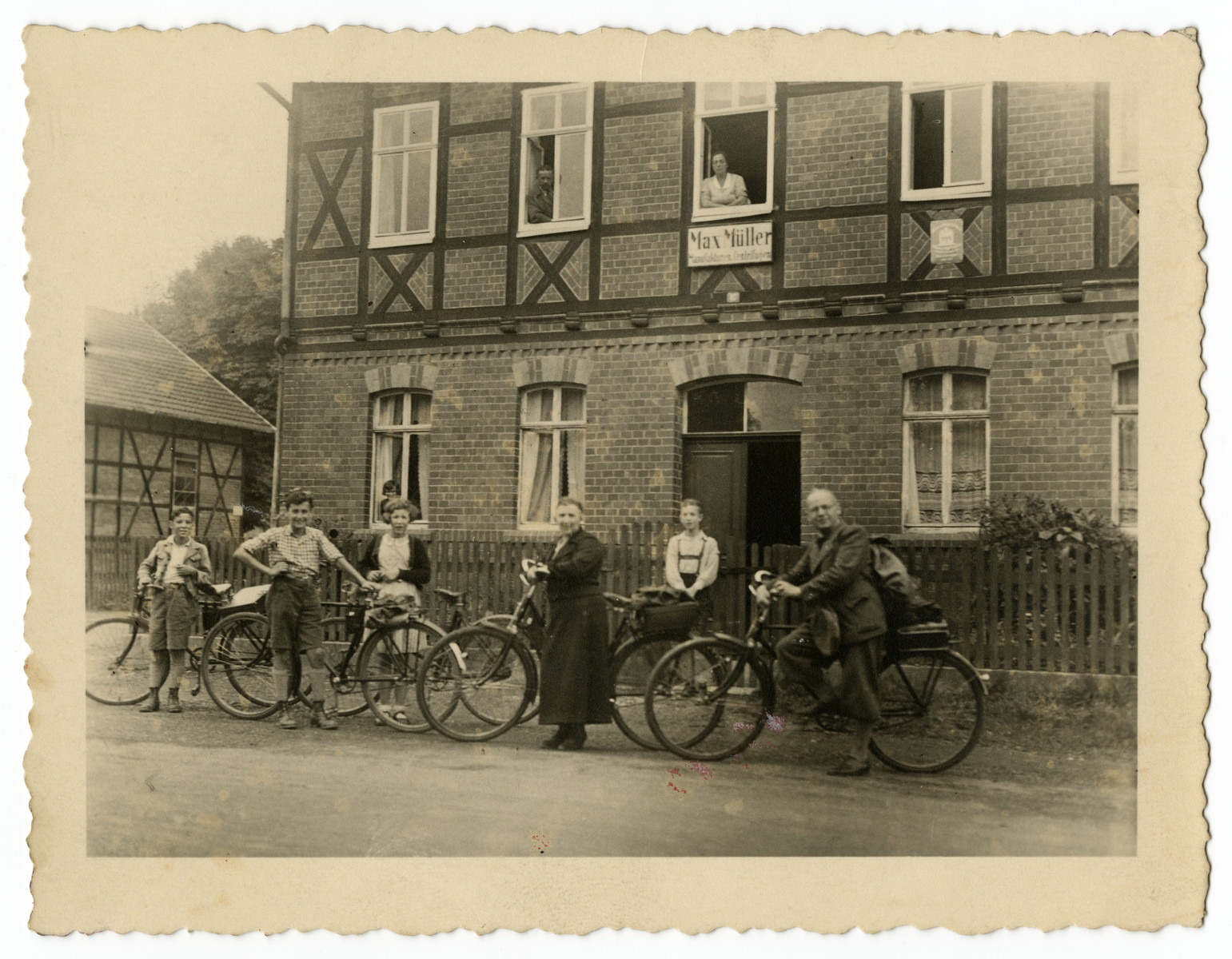 The Mueller family goes for a bicycle ride in front of the home of Sebald Mueller’s brother, Max Mueller.

Standing with their bikes from left to right are: Norbert Mueller, his cousin Ludwig Stahl, Suse Mueller, Laura Mueller and Sebald Mueller. The young boy in the lederhosen standing in front of the gate is Norbert’s cousin Willy Mueller, the son of Max Mueller, who appears in the second window from the left on the top floor. Max’s wife is in the next window over.