Group portrait of the editorial staff of the Hungarian language newspaper, Naplo. 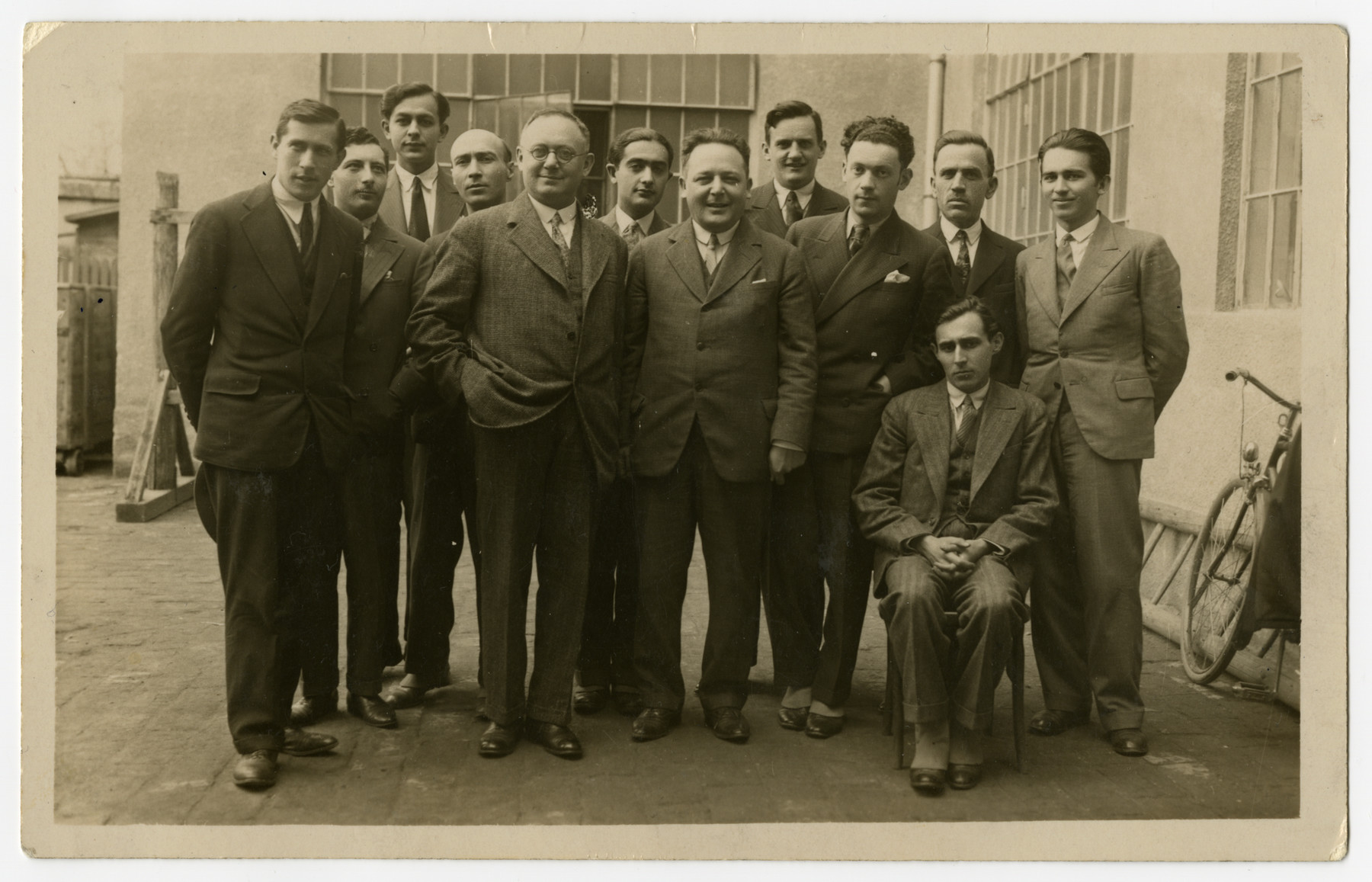 Group portrait of the editorial staff of the Hungarian language newspaper, Naplo.

Francis (editor-in-chief) and Lois Fenyves (manager) are standing in the middle.

In May 1944 Germany occupied Hungary. Within one week Steven's father and most of the Jewish men were deported, first to Backa Topolja and then to Auschwitz. Steven, his sister, his mother and his maternal grandmother were forced to go to a makeshift ghetto in Subotica near the railroad station. As they left, townspeople ransacked their apartment, cursed and spat on them. They remained in the ghetto until the end of June, squeezed into a tiny room. Steven, however, had a pass to work in the machine shop of a former employee of his father and was allowed to leave the ghetto during the day. Around the end of June Subotica's Jews were rounded up and sent in boxcars to Bacsalmas, a small village that had been converted into a ghetto. Steven and his family remained there for a week, and then Hungarian gendarmes deported them by cattle car to Auschwitz. At the selection line, Steven saw his mother for the last time. He was waved to the right by the SS officer making the selection and sent to Camp D in Birkenau, which was known as the "Gypsy compound, as it housed several barracks of Romani families. German criminal Kapos, wearing green triangles on their chests, supervised the barracks. Steven, who was fluent in German, was picked by them to become an interpreter and he became entitled to scoop out the bottom of the soup barrel after the inmates were fed.