Yugoslav survivors gather for a memorial service and commemoration in the Dachau concentration camp shortly after liberation. 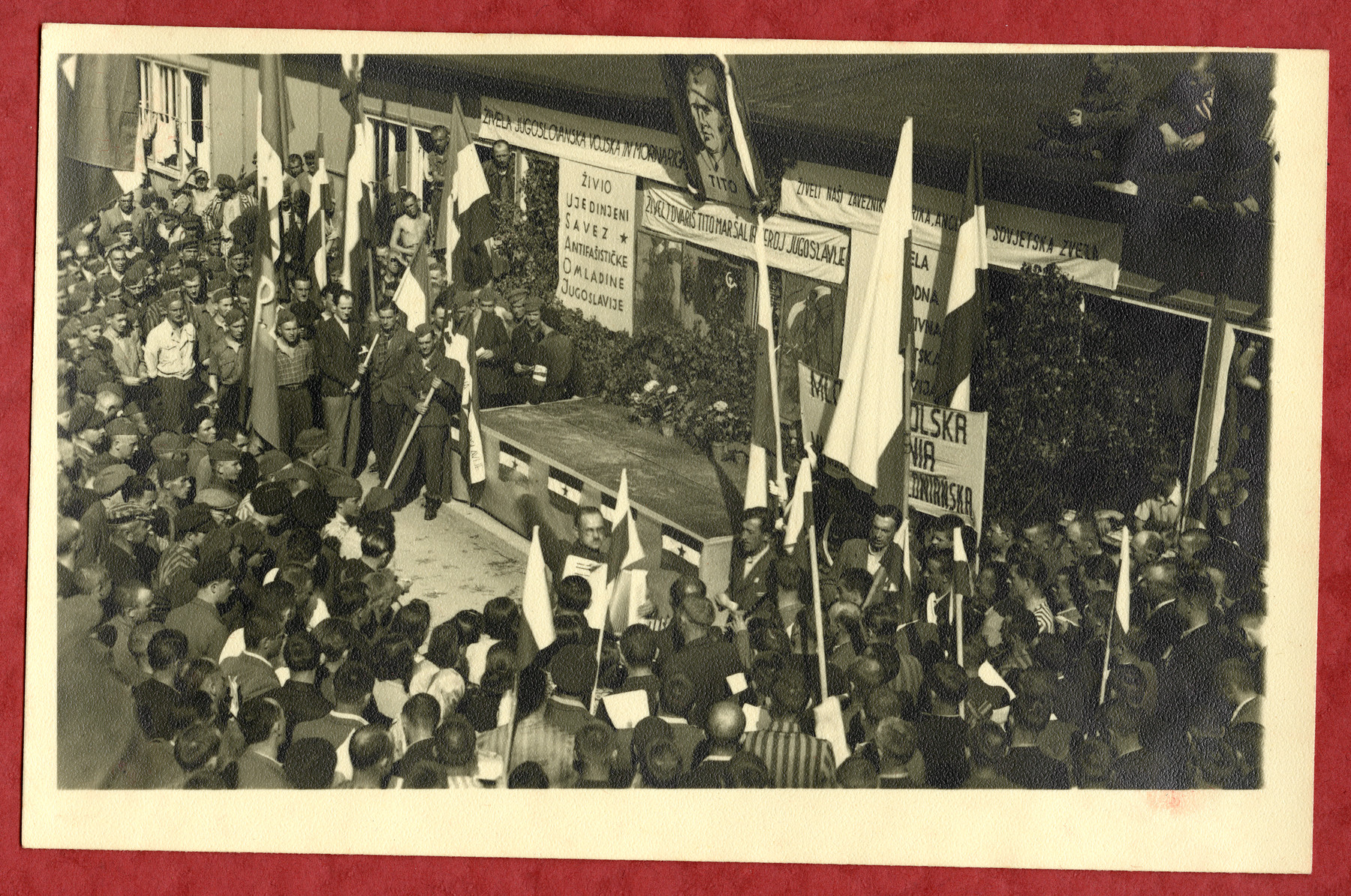 Yugoslav survivors gather for a memorial service and commemoration in the Dachau concentration camp shortly after liberation.

Biography
Lt. Col. Martin W. Joyce was born in Boston, MA on May 1, 1899. He studied electrical engineering at Northeastern University but left before obtaining his degree in order to fight in World War I. Shortly after returning to the States, he earned his Master and Journeyman's Electrical license and joined the Massachusetts State Police. Joyce was recalled to active duty in the summer of 1941 and sent to Honolulu to install radio communications equipment. He was in Pearl Harbor on the day of the attack. Joyce remained on active duty for the remainder of World War II. Soon after the liberation of Dachau, he took command of the camp. He screened captured Germans and requisitioned supplies to feed and care for liberated prisoners so that they could regain their strength. He also organized prisoner committees based on nationality and helped repatriate them to their home towns. Joyce remained in Dachau until July 1945 and returned to the States two months later. He passed away in 1962.

Joyce donated his collection of Dachau documents and photographs to a friend who taught history at Wayland High School. After the teacher's retirement, the cache of documents went unnoticed until it was rediscovered in 2012.