Cardinal Spellman grants a private audience to a delegation of Polish women, all of whom were the victims of medical experimentation while imprisoned in the Ravensbrueck concentration camp. 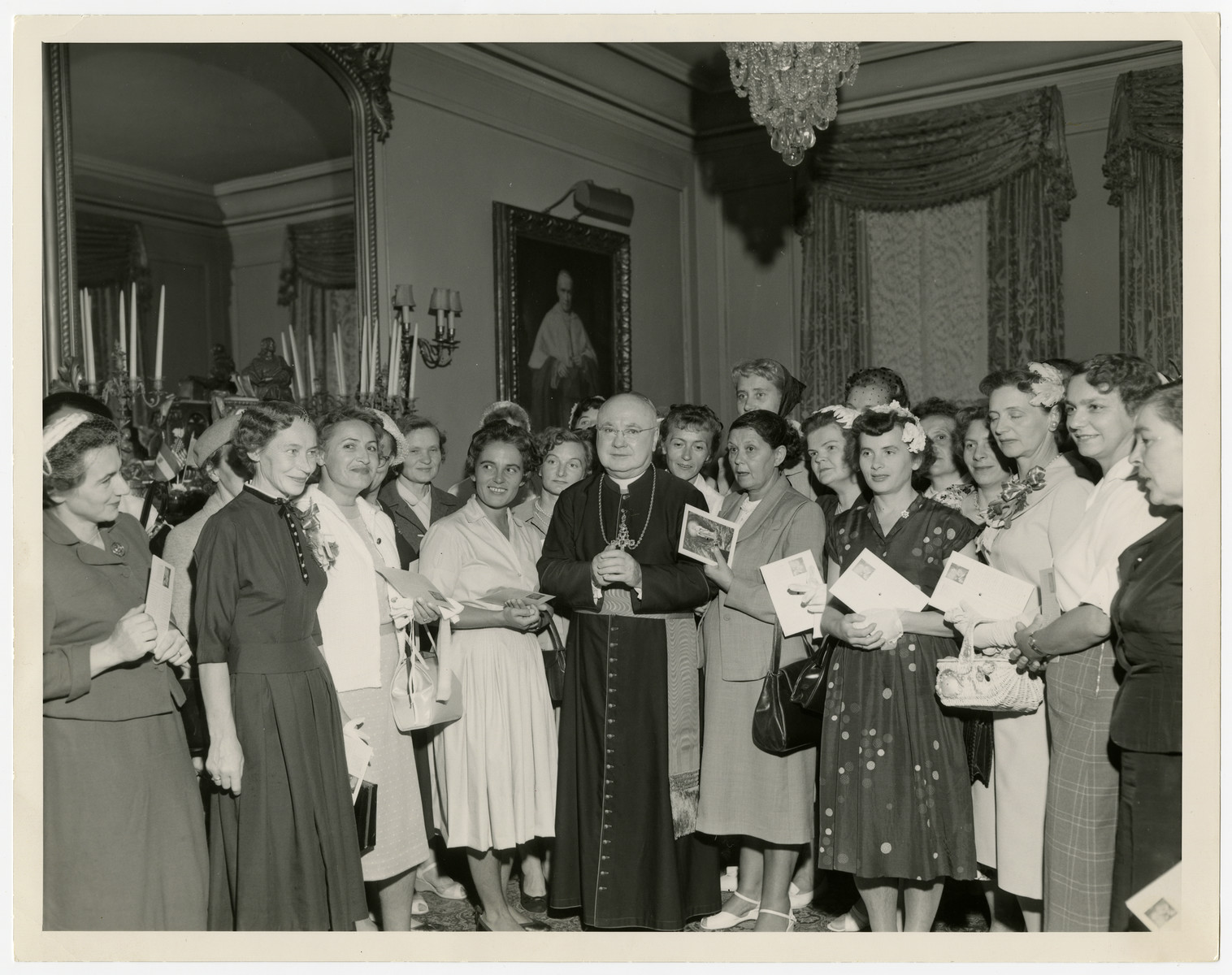 Cardinal Spellman grants a private audience to a delegation of Polish women, all of whom were the victims of medical experimentation while imprisoned in the Ravensbrueck concentration camp.

Biography
Caroline Woolsey Ferriday was the only child of Henry Ferriday, a New York dry goods merchant, and Eliza Woolsey Ferriday. Caroline was born in 1902. After a brief stint on Broadway, she began working as a volunteer at the French consulate in New York. After the start of World War II, she raised money to assist French children, particularly war orphans. After the war, female French survivors of the Ravensbrueck concentration camp told her of the plight of Polish female political prisoners who were the victims of medical experimentation. Known as "lapins" (rabbits), these women endured horrendous suffering after Nazi doctors sliced their legs open and inserted foreign substances to imitate the effects of shrapnel wounds. After the war, Germany refused to grant these women compensation for their injuries on the grounds that they didn't have diplomatic relations with Poland. Caroline Ferriday sought ways to come to their relief. She appealed to Norman Cousins, the editor of the Saturday Review, and he in turn visited the women and launched a press campaign on their behalf. Cousins published his article in June 1958 and the following year thirty-five of the surviving women came to the United States for medical treatment.