Clare and Hildegarde Loeb go for a hike in the German countryside. 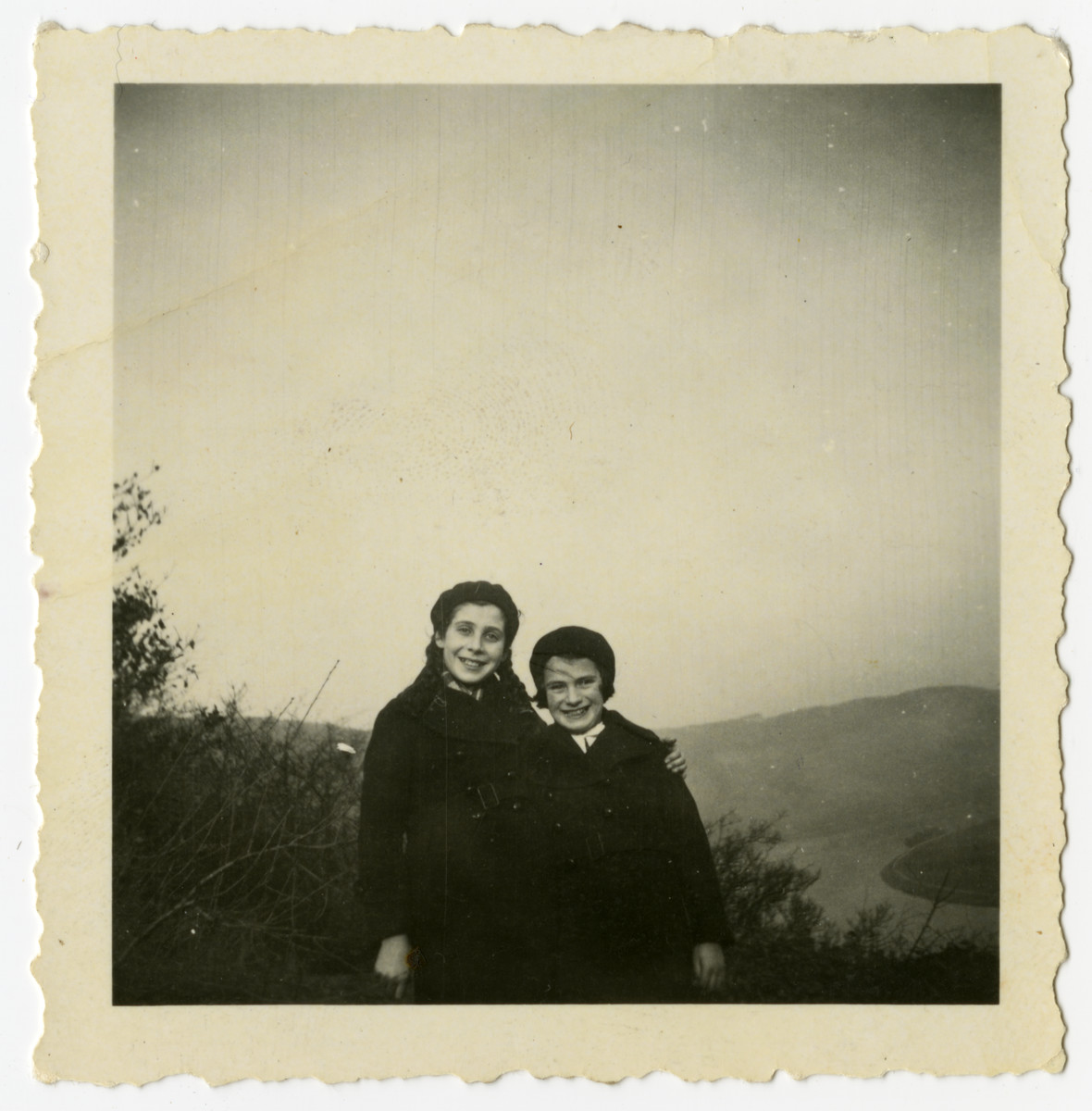 Clare and Hildegarde Loeb go for a hike in the German countryside.

Biography
Hilde (Hildegarde) Loeb (later Gundel) is the daughter of Rudolf and Caroline (nee Lieser) Loeb. She was born on May 23, 1926 in Boppard, Germany. She had one older sister Clare born in 1923. The girls attended a Catholic school as did many other Jewish children since they were not allowed in public schools. Hilde went to England in 1936. Clare left for England in 1938 together with other students from the Jewish school from Cologne. Hilde later married Hans Gundelfinger (later Gundel) who was born in Ulm in 1920. He was the son of Emil and Trude (Gertrude) Gundelfinger and he had one younger brother Walter, born in 1925. The two boys were in Munich on the night of Kristallnacht and witnessed events there. Their father was on business trip to Nuremberg when the pogrom broke out. He avoided arrest thanks to the efforts of three non-Jewish employees who warned him not to return home. Instead his picked him up in the middle of the night and took him to a hospital to get an operation for a non-existent hernia The doctor, who was anti-Nazi, kept him there for five days until the worst had passed. Soon after, the family left for Palestine. They stayed there for about two years and then came to the United States.