Edith Heller holds her baby daughter, Ruth in their home in Vienna. 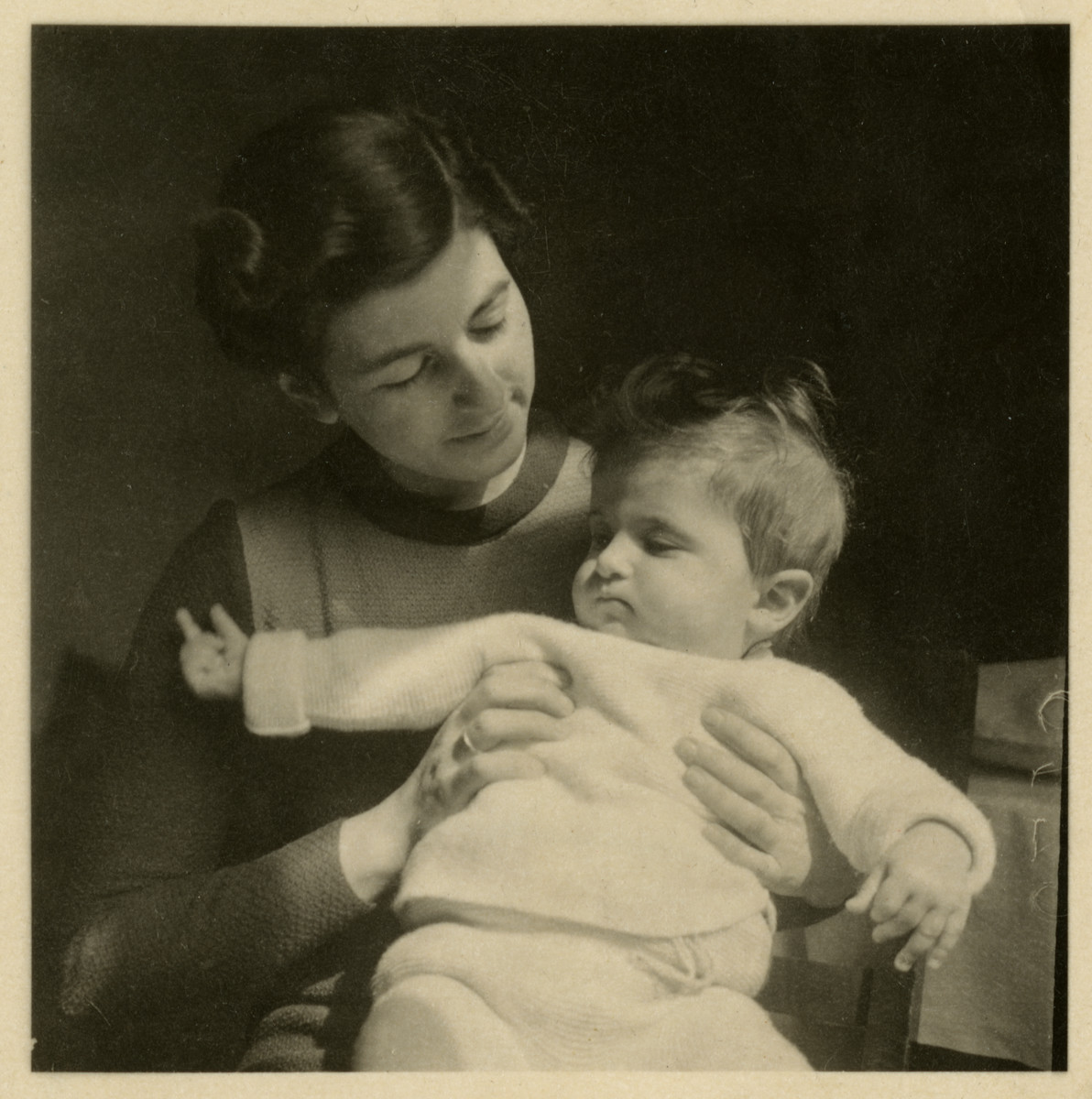 Edith Heller holds her baby daughter, Ruth in their home in Vienna.

Biography
Ruth Slater (born Ruth Heller) is the daughter of Dr. Henry and Edith Heller. Henry was arrested in September 1939, and together with other Jews was brought to the Vienna sports stadium. Three weeks later, the men were transported to Buchenwald concentration camp. While Henry was in the stadium, Edith tried to have him released. When she learned that Henry had been sent to Buchenwald, she went into premature labor. Their daughter Ruth was born on October 4, 1939. Ruth didn't meet her father until 1946. Ruth lived with her mother and her grandmother in the historic Jewish area of Vienna for the duration of the war. They originally lived in a regular apartment but later moved to an apartment in a home for the aged. Ruth's mother and grandmother had to wear Jewish stars on their clothing. Their apartment was very cold and Ruth had to dress in several layers. There were no other children around for Ruth to play with. Ruth's Aunt Mala and Uncle Joseph lived near-by until 1942 when they were rounded up and sent to Theresienstadt. Mala remained in Theresienstadt and returned to the family after the war. Her husband Joseph was deported to Auschwitz where he perished. In 1944 a large transport of Hungarian Jews was brought to Vienna to work in labor camps. Among these were a lot of teenage women, ages 16 - 20 who worked in the SS offices. Several young women were housed in the same home as the Hellers. Ruth's grandmother later adopted one of them, Ava Freedman. Ava continued to be part of the family even after they moved to the United States. On April 13, 1945, the Soviet Army liberated Vienna.
After his initial arrest, Henry remained in Buchenwald for the next three years as prisoner #7192. Though a trained physician, he worked in the stone quarry and pulled a heavy wagon loaded with cement sacks or heavy tree trunks at a running pace. In October of 1942, about 400 Jewish prisoners, including Henry, were transferred by cattle cars from Buchenwald to Auschwitz. There, Henry became #68479. Henry first worked as a writer for one of the capos and then he became a capo himself. One day, the head-foreman told Henry he was looking for a new bookkeeper and asked him if he knew of any prisoners that could do the job. Henry volunteered himself and gave up his position as capo to do so. This allowed him to work in an office all day. In January 1945, as the Russian Army neared Auschwitz, the SS guards forced the prisoners to march 84 kilometers in the snow to Gleiwitz in Upper-Silesia. From there they were transported by cattle cars back to Buchenwald. However, Buchenwald became so overcrowded that the SS needed to take people to the smaller camp of Altenburg. Henry volunteered to go for Altenburg where he ended up remaining for two months until the American air force bombarded the camp. A lot of people were killed or wounded during the bombing. Henry, together with a Yugoslav dentist, tried to operate on the wounded prisoners. The SS knew they couldn't stay there, so they evacuated everyone by foot. During the walk, the prisoners were ordered to stop, and suddenly the SS guards disappeared. The prisoners hid in a nearby barn, and then two hours later American troops liberated them. The wounded were taken to a hospital and the others to a camp for recuperation. Henry had spent a total of six years as a prisoner.
Eventually, Henry sent home letters saying that he was in Poland working with an agency to get back home. In 1946, a man walked into Ruth's room and said "do you know who I am?" She immediately knew he was her father. Henry opened up a private medical practice and worked until the family emigrated. In February of 1948, they left and immigrated to the United States assisted by Henry's great uncle, Oscar Heller. During high school, Ruth met Gene Slater. The two got married in June of 1962 and went on to have three children; Susan Kirshenbaum (b. 1965), Carol Smolenski (b. 1968, have one child named David), and Sharon Slater (b. 1971).