A portrait of Philip Lieberman, the grandfather of Gertrude (Truda) Munch (later Lowy). 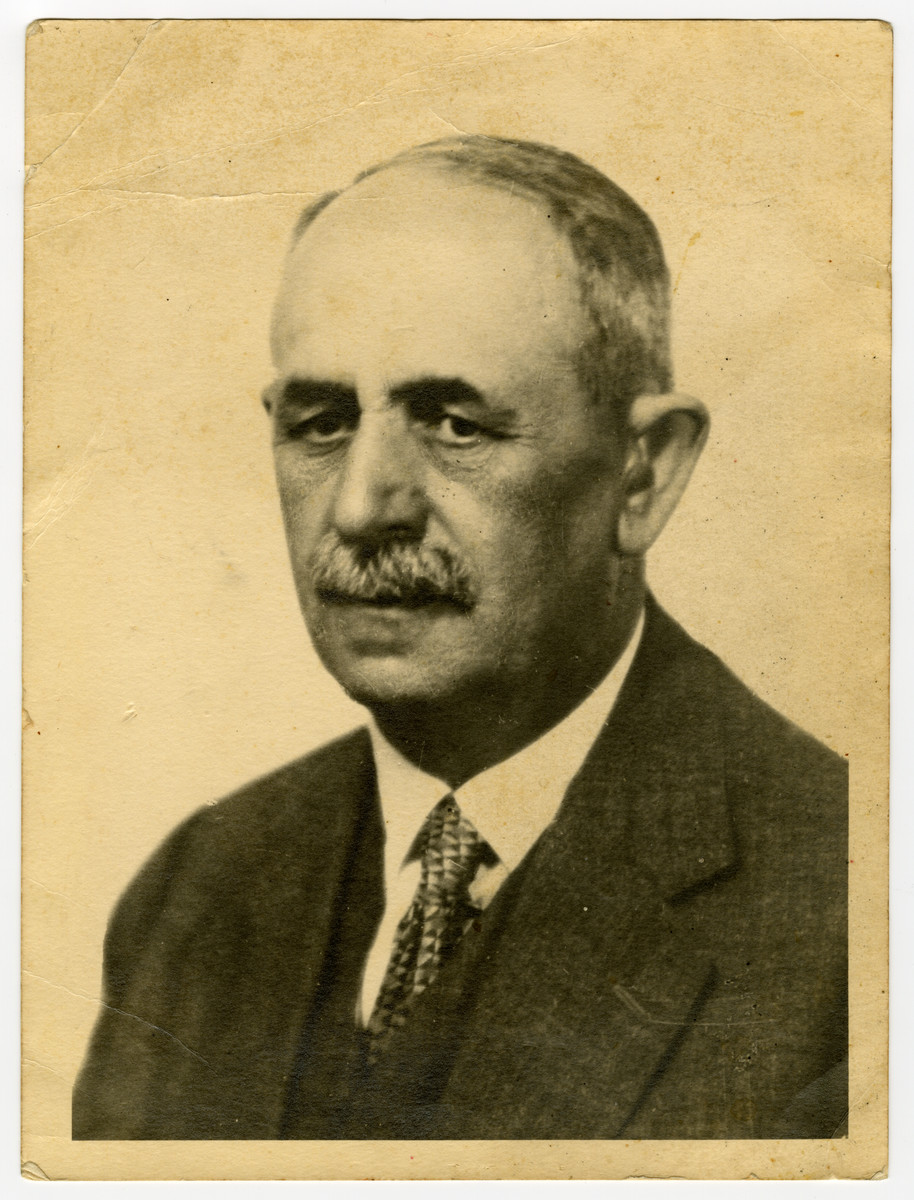 A portrait of Philip Lieberman, the grandfather of Gertrude (Truda) Munch (later Lowy).

He died in 1943 from lack of medication during the war. Philip was originally from Stanislawow, Ukraine. He was a well known figure in the town and was very involved with the people. Most of his family immigrated to Palestine.

Biography
Oscar Lowy was the middle son of Moric and Berta Lowy of Pilsen, Czechoslovakia. He was born on April 23, 1915 in Pilsen. After completing high school, Oscar went to Prague to study law at Charles University where his studies were cut short by the war. He married Gertrude (Truda) Munch on April 30, 1939. During their honeymoon in Italy, Czechoslovakia was overrun by Germany and so instead of returning home, they made their way to southern France where they opened and operated a small food store in Nimes with money sent to them surreptitiously by their family, hidden inside a cut out book. They stayed until Oscar joined the Czech Brigade and was sent on a convoy to England. He served as a radio operator and took part in some of the major battles of World War II.
After the war, he returned to Pilsen, hoping to meet returning family members who had been deported, but none, except for one cousin, came back. His parents perished in Estonia, and his brother and his family also died as did many more distant relatives. Oscar, together with his younger brother Rudolf, reopened their father's wholesale food distribution business and also rebuilt the family farm. As communism began to encroach into Czechoslovakia, Oscar and Truda, who now had two daughters, Michlean and Eva, boarded the very last airplane before the Iron Curtain closed. They and headed to the newly established State of Israel. where they remained for seven years. At the end of 1955, the family immigrated to Rochester, NY where friends sponsored their affidavits. After retiring in 1978, Oscar and Truda moved to the Washington, DC area where Oscar died on April 22, 1992. There are now four grandchildren and 7 great-grandchildren.