The Eckstein family walks down a street of prewar Bratislava. 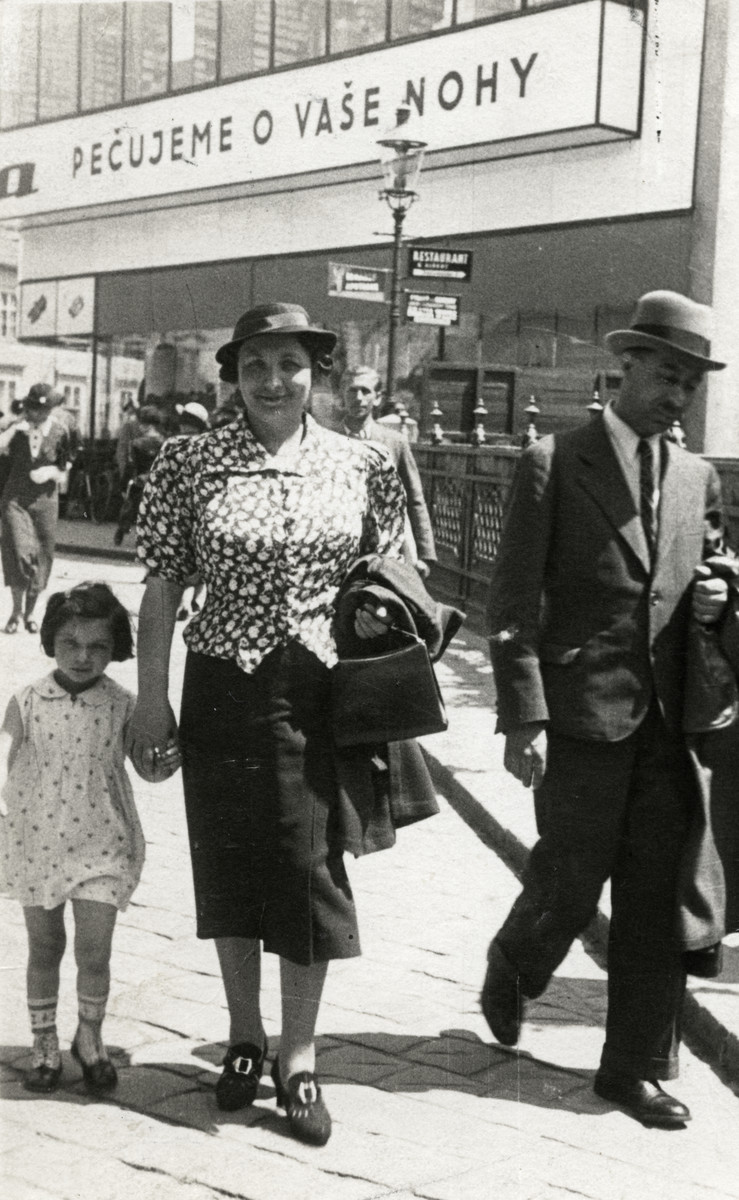 The Eckstein family walks down a street of prewar Bratislava.

Pictured from left to right are Eva, Helena and Eugene Eckstein.