Salomon Finci leans againt some military equipment while serving as a partisan. 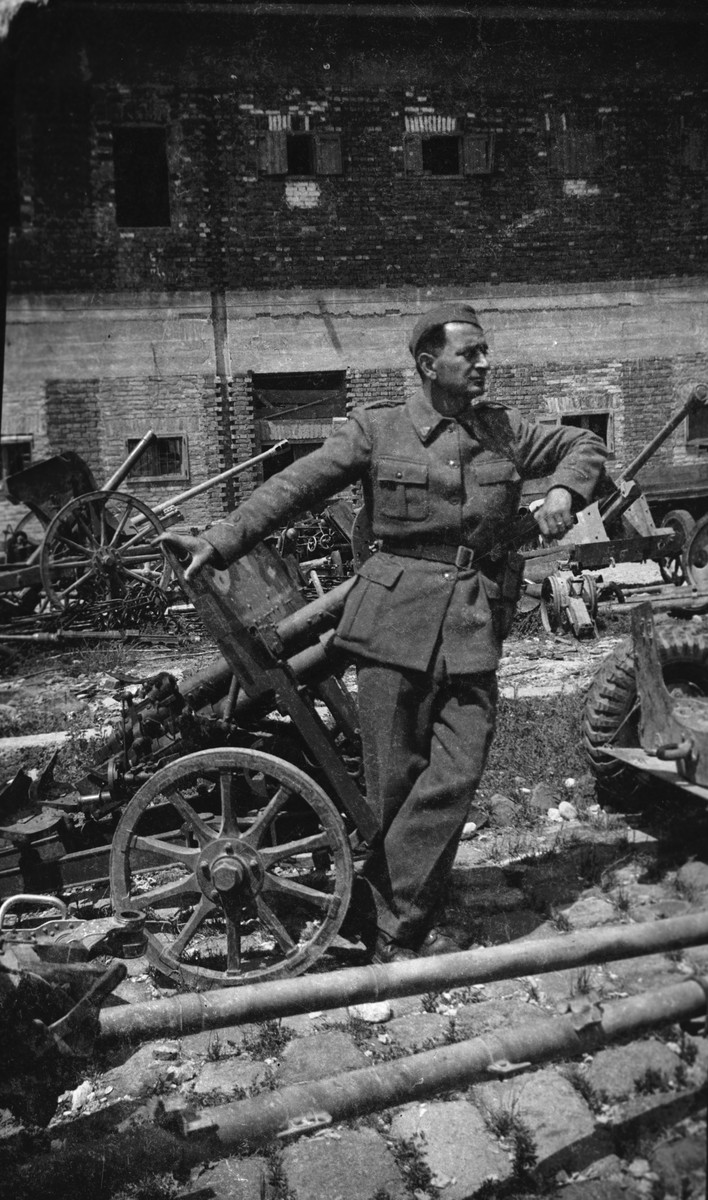 Salomon Finci leans againt some military equipment while serving as a partisan.

Biography
Dana Finci-Yehskel is the daughter of Tina (Hajon) Finci (b. April 30, 1910 in Split, Yugoslavia) and Solomon Finci (b. November 20, 1904 in Sarajevo). She was born in 1948 in Ljubljana, Slovenia. Solomon's family moved to Split in 1915. He studied chemical engineering in Milan from 1924-1930 and then returned to Split. He married in 1930, Mira Cohen; whose father was the head of Federation of Jewish Communities. In 1931 he moved to Belgrade and worked in the Geza Cohen chemistry lab for fine chemistry. They had one son Sasha Solomon. In 1941 Solomon was sent to a labor camp but managed to obtain false papers and left Belgrade for Split with his family where they could live more or less normally; he worked preparing fertilizers for the local farmers. However, Solomon's wife and son returned to Belgrade where they were caught and sent to the Jasenovac concentration camp where they perished. Solomon had joined the partisans in 1943. He was in charge of obtaining food for his division and later for receipt of weapons and spoils of war. He was located in the Dalmatian mountains.

Tina's parents were Izak (bl. Split 1894) and Esther Hajon (b. Visegrad, 1884). They kept a traditional household and observed the laws of Kashrut. Tina had two brothers; one older b. 1905- Joseph (nickname Beppo) who together with Tina's mother Esther, after capitulation of Italy and German occupation was sent to concentration camp where they perished. Tina's younger brother Marko (b. 1915) had immigrated to Palestine in 1939. He was one of the founders of Kibbutz Gat and lived until 1999. Split had a strong Jewish community and Tina was very involved in it. She attended Hashomer Hazair summer camps and participated in a Zionist congress in Vienna. Tina finished high school in accounting. Dana's grandfather Izak had a large library with books in many languages. He also had a store with textiles. Izak died as a result of a beating by the Ustashi troops. He was on his way to pray when he was caught and beaten. He had had a kidney stone that moved as a result of the beatings and died. From 1938- to 1941 many refugees arrived in Split and Tina helped arranged accommodations and food for them. In 1941 Split absorbed many refugees from Bosnia. On September 11, 1943 Tina joined the partisans in the Dalmation Division.

Tina and Solomon in Kamniki, Slovenia where they had met in April 1947. Their daughter Dana was born in 1948. After the war Solomon briefly worked with the British in Trieste working for "Commission for War Spoils." He remained in the army all his life as a professional soldier. Solomon died in 1987 and Tina in 1990 and they are buried in the Jewish cemetery in Belgrade. In 1973 Dana immigrated to Israel after studying bio chemistry in Yugoslavia and continued in Israel obtaining a master's degree in the same field. She worked in Hadassah hospital for 35 years; she is a widow and has one son, Erez.