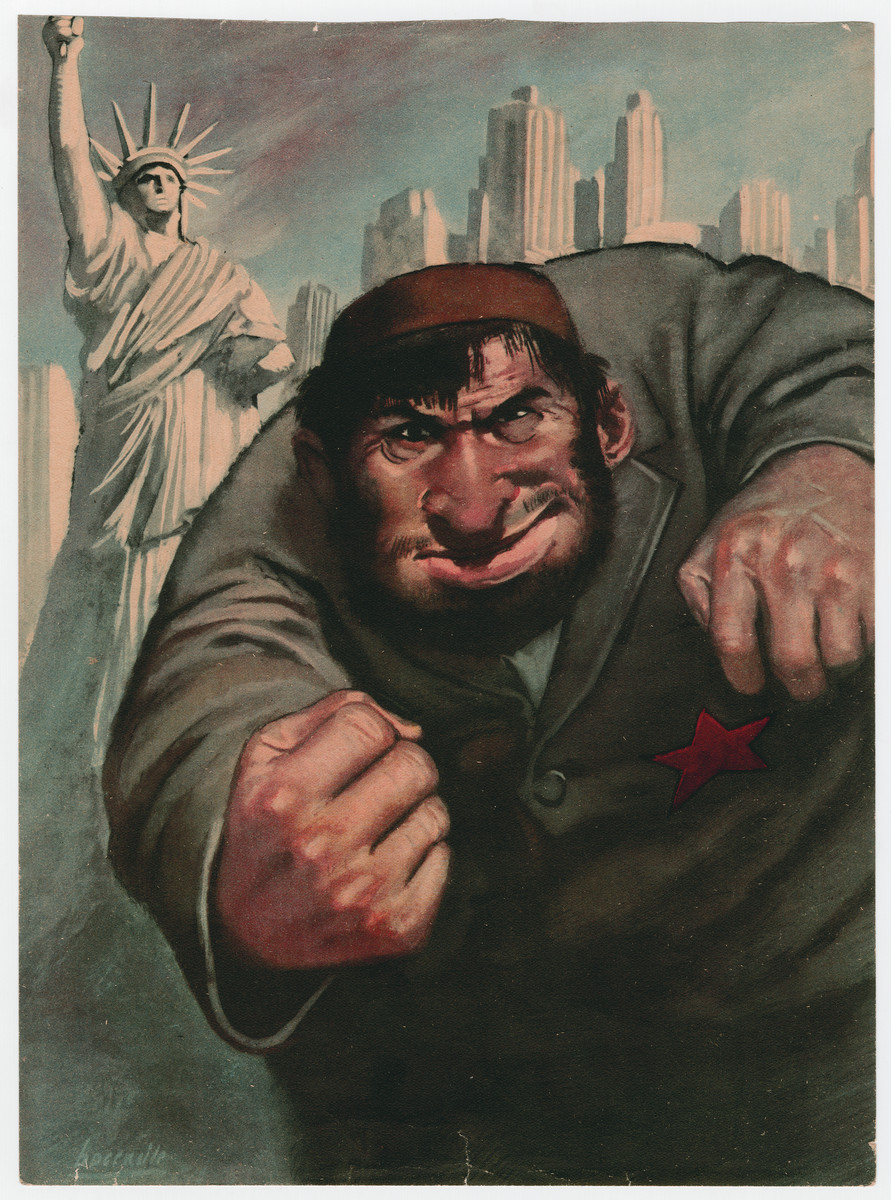 It depicts a figure with a red headband and a star sewn on his jacket appearing to punch the viewer. The background of the poster includes the skyline of New York City and the Statue of Liberty. The star is a five-pointed star rather than a Magen David, though the figure is clearly meant to be Jewish.

The father of the donor received the poster after the war the custodian of a Bologna High School, Liceo Minghetti, who, instead of posting it on the wall, as requested by the local authorities during the racial law period, kept it in a drawer.