Portrait of a member of a SPECOU photographer (possibly a self-portrait of Phil Drell). 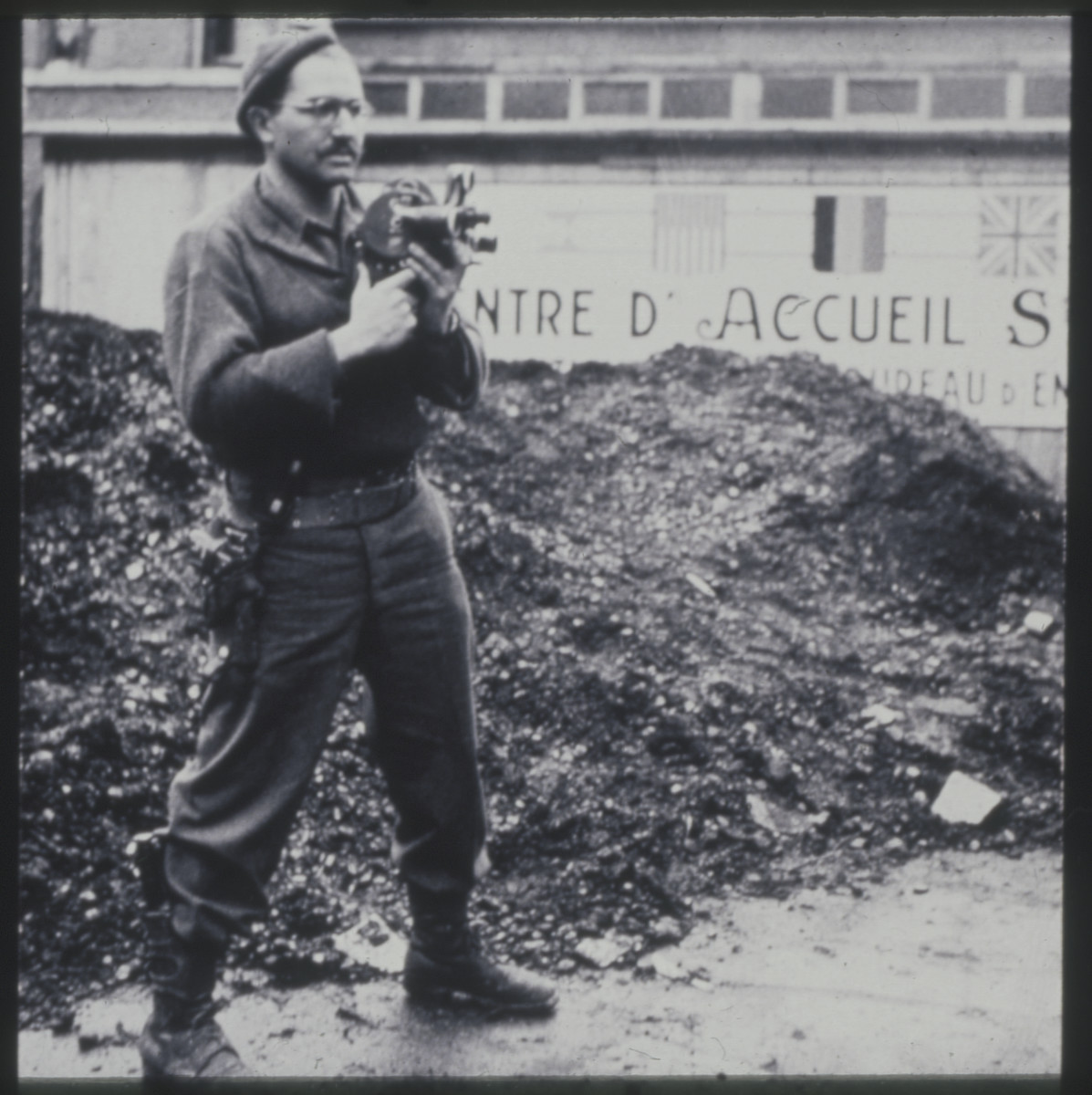 Portrait of a member of a SPECOU photographer (possibly a self-portrait of Phil Drell).

Biography
Philip Drell was born on March 19, 1919. The son of Russian immigrants, he developed an early interest in photography. In 1942, he was drafted into the army and assigned to the SPECOU group (Special Motion Picture Coverage Unit--Allied Expeditionary Force). Other members included Colonel George Stevens, Irwin Shaw, William Saroyan, and Lester Hemingway. He took pictures of the liberation of Paris and his photographs of Dachau concentration camp show the bodies of victims, the surrender of guards and a celebratory memorial service. Drell received the Bronze Star and a commendation from Gen. Dwight Eisenhower, citing its "unusual determination and zeal, frequently in disregard to personal danger."