A member of the Revisionist Zionist organization in London works at his desk. 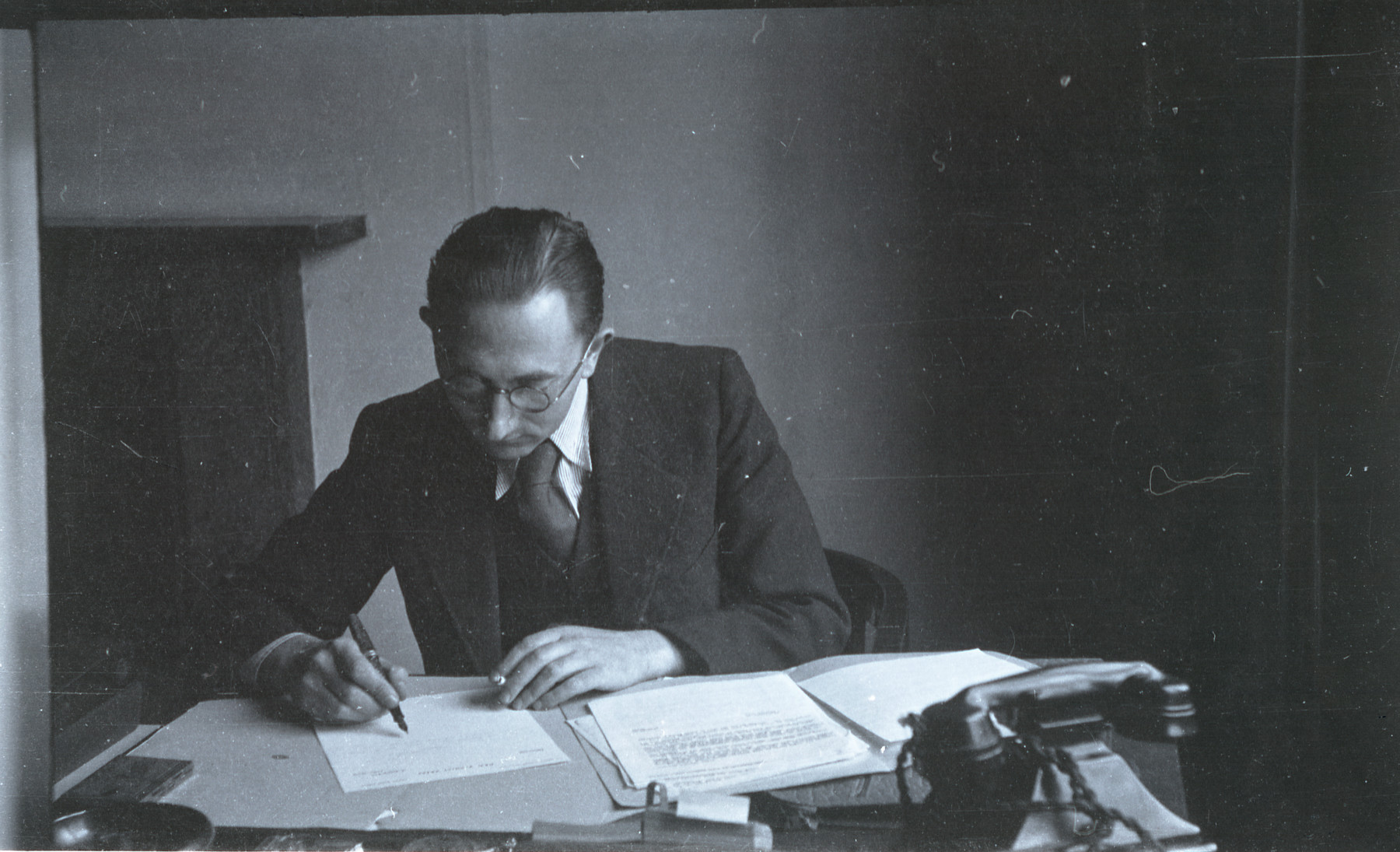 A member of the Revisionist Zionist organization in London works at his desk.

Biography
Jan (Hans) Low (the first husband of the donor's mother) was born in Brno, Czechoslovakia in 1904. Hans was active in Zionist circles and served as the editor of the Prague Revisionist publications and raised money for Keren Tel Chai. On December 22, 1936 he came to England to work for the Revisionist Zionist movement. He served as Secretary for the Finance Department for Vladimir Jabotinsky in their office at 47 Finchley Road. The office operated from 1936-1939. While in London, Jan stayed at a Jewish guest home run by other Czech immigrants from Teplitz. There he met Doris Kominik (b. 1921), the daughter of the proprietors and they married in 1939. Jan Low passed away in England in 1950, and his widow later remarried.