Group portrait of Hungarian soldiers, both Jewish and non-Jewish. 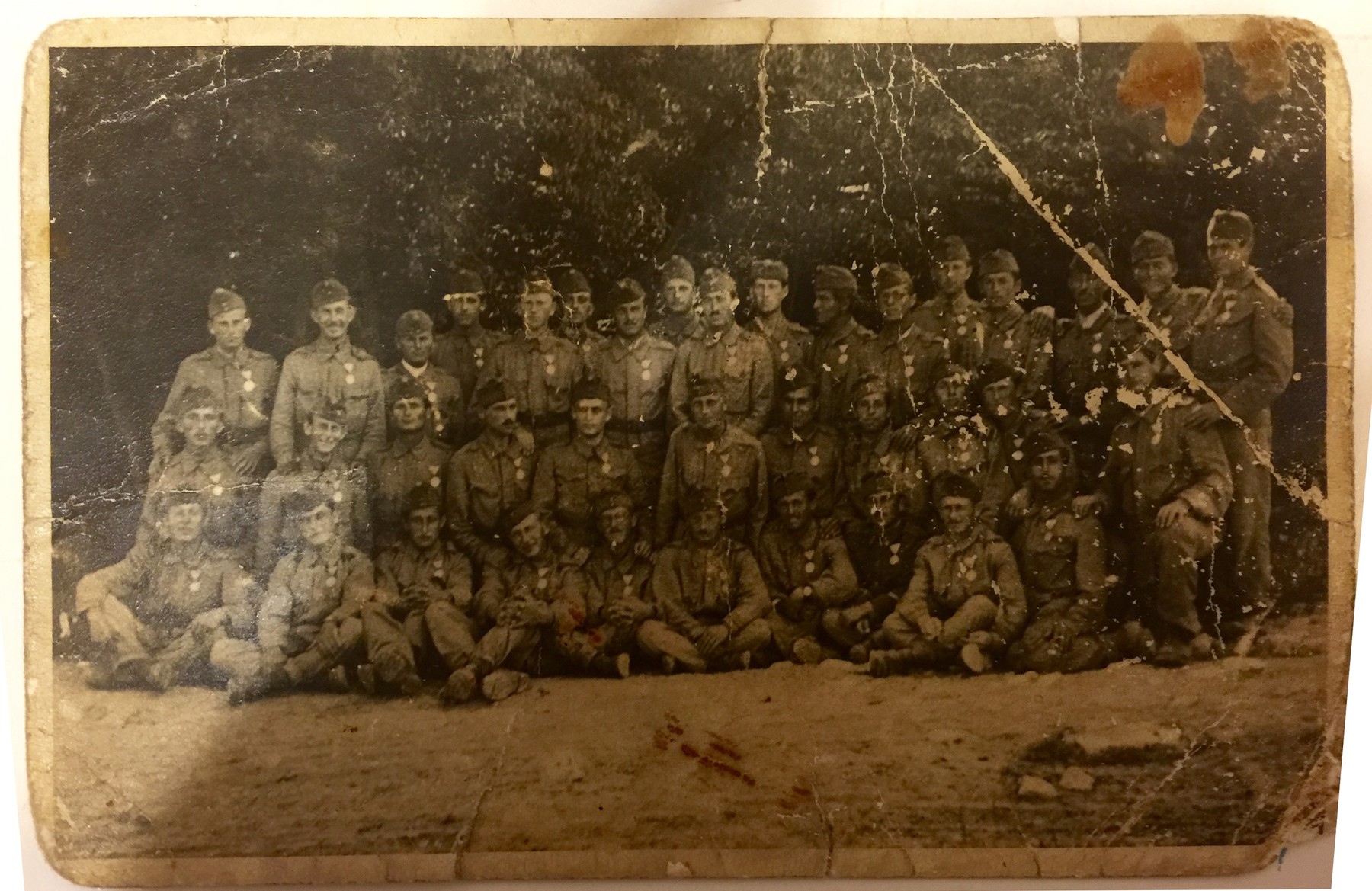 Group portrait of Hungarian soldiers, both Jewish and non-Jewish.

Israel Fried is seated on the ground, first on the right. He served as a sharp shooter.