Marian Kwasniewski poses with his parents and rescuers after Lwow's liberation. 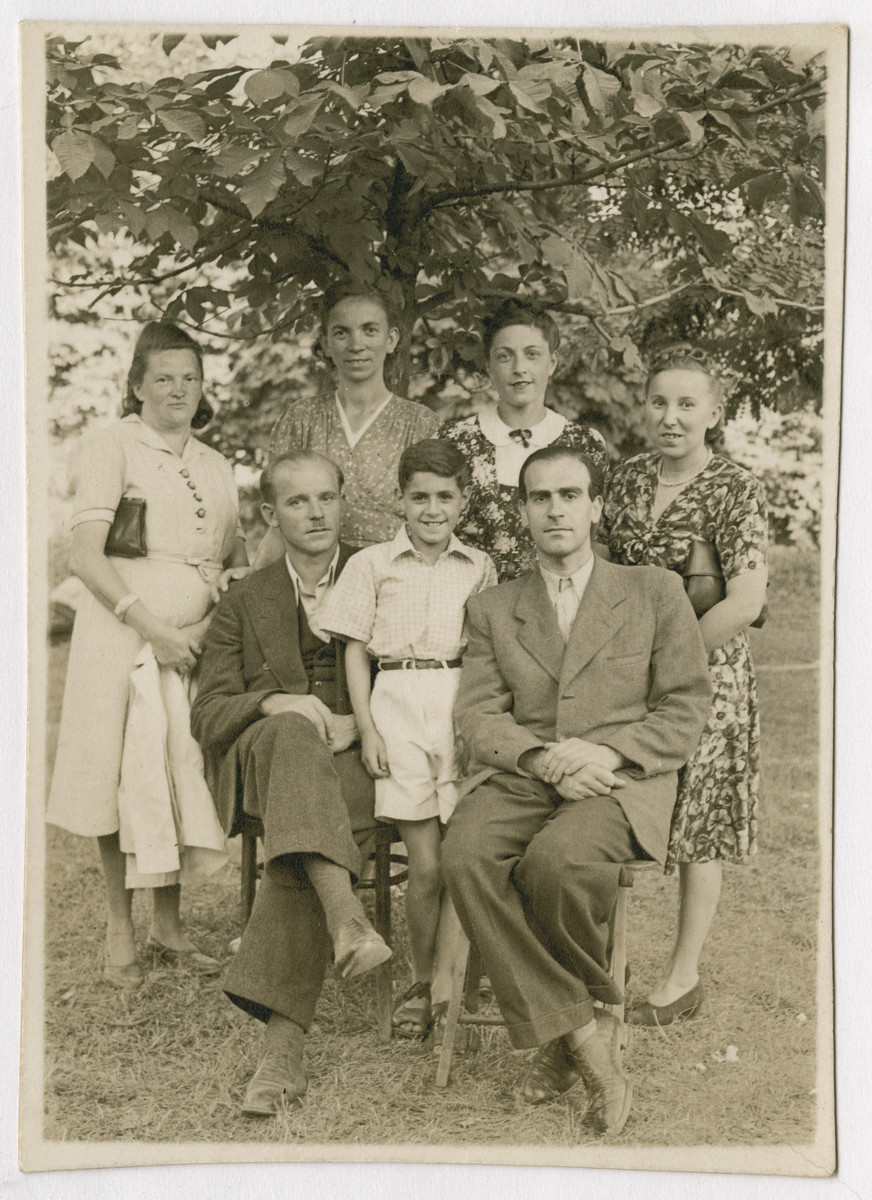 Marian Kwasniewski poses with his parents and rescuers after Lwow's liberation.

Biography
Marian Keren (born Marian Kwasniewski) was the only child of Helen and Josef. Kwasniewski. He was born in Krakow on July 8, 1935. Marian spent his early childhood in a wealthy household. Many of his extended family members lived in his apartment building which was owned by his maternal grandfather, Ignazy Spira. When the Germans invaded Poland, Marian's father Josef, fled to Lwow which was under Russian occupation. Marian and his mother Helena remained in Krakow where they were forced to house a German officer in their apartment. Marian and Helena were relocated to the Krakow ghetto where they lived in a crowded room with several other families. From there they were deported from the ghetto to the Plaszow labor camp. In Plaszow, Marian was left alone and spent his time with other young children wandering around looking for food, while his mother did forced labor. Somehow she arranged for a camp guard for permission to leave the camp together with Marian, and they fled back to their home in Krakow. There they found their former maid, Janina Mikolajewicz, who took charge of Marian while Helena fled to Lwow to search for her husband. Janina and Marian also made their way to Lwow, posing as mother and child. Janina worked as a maid for German Wehrmacht officer, and Marian successfully passed as her son. The officer and soldiers who occupied the building began to dote on him, but the arrangement did not last long. Gestapo agents discovered Marian's identify and arrested Marian and Janina. Marian and Janina remained in prison in Lwow for nine months, with Janina claiming all the while that Marian was her real son. They were released from prison in mid-1944 as Soviet troops entered the Lwow region. Following his liberation, Marian was reunited with his parents, whom he hardly remembered. Janina continued to live with Marian's family, and they began to reestablish their lives, first in Lwow and later in Krakow. The Kwasniewskis remained in Poland until 1956 when they received permission to immigrate to Israel. Marian later married another survivor Kristine Chiger. In 2014, Yad Vashem recognized Janina Mikolajewicz as a Righteous Among the Nations. [Shoah foundation summary]