The Chiger family stands on a street in Krakow after the war. 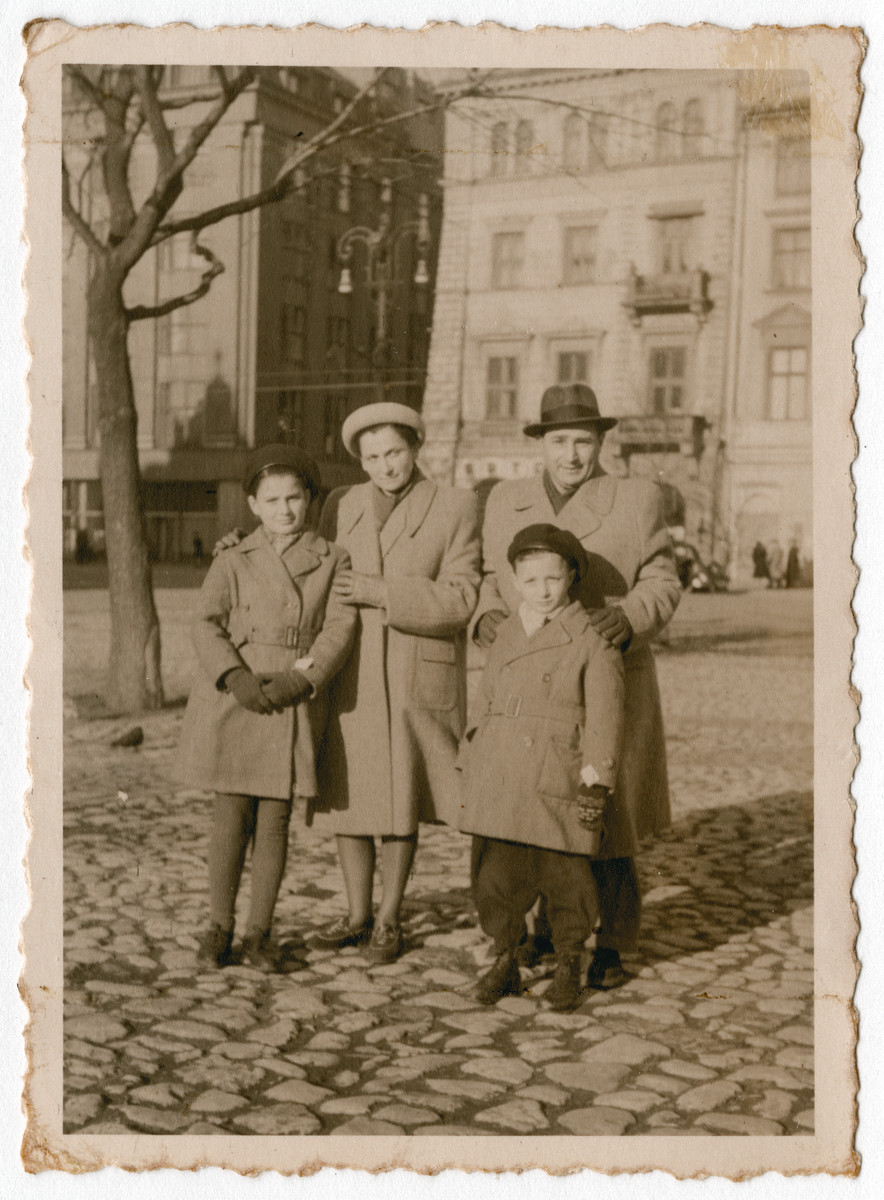 The Chiger family stands on a street in Krakow after the war.

Pictured are Kristine, Paulina, Ignacy and Pawel. They survived as a family hidden in a sewer.