Photograph of civilians and wagons laden with personal belongings taken during a possible resettlement action. 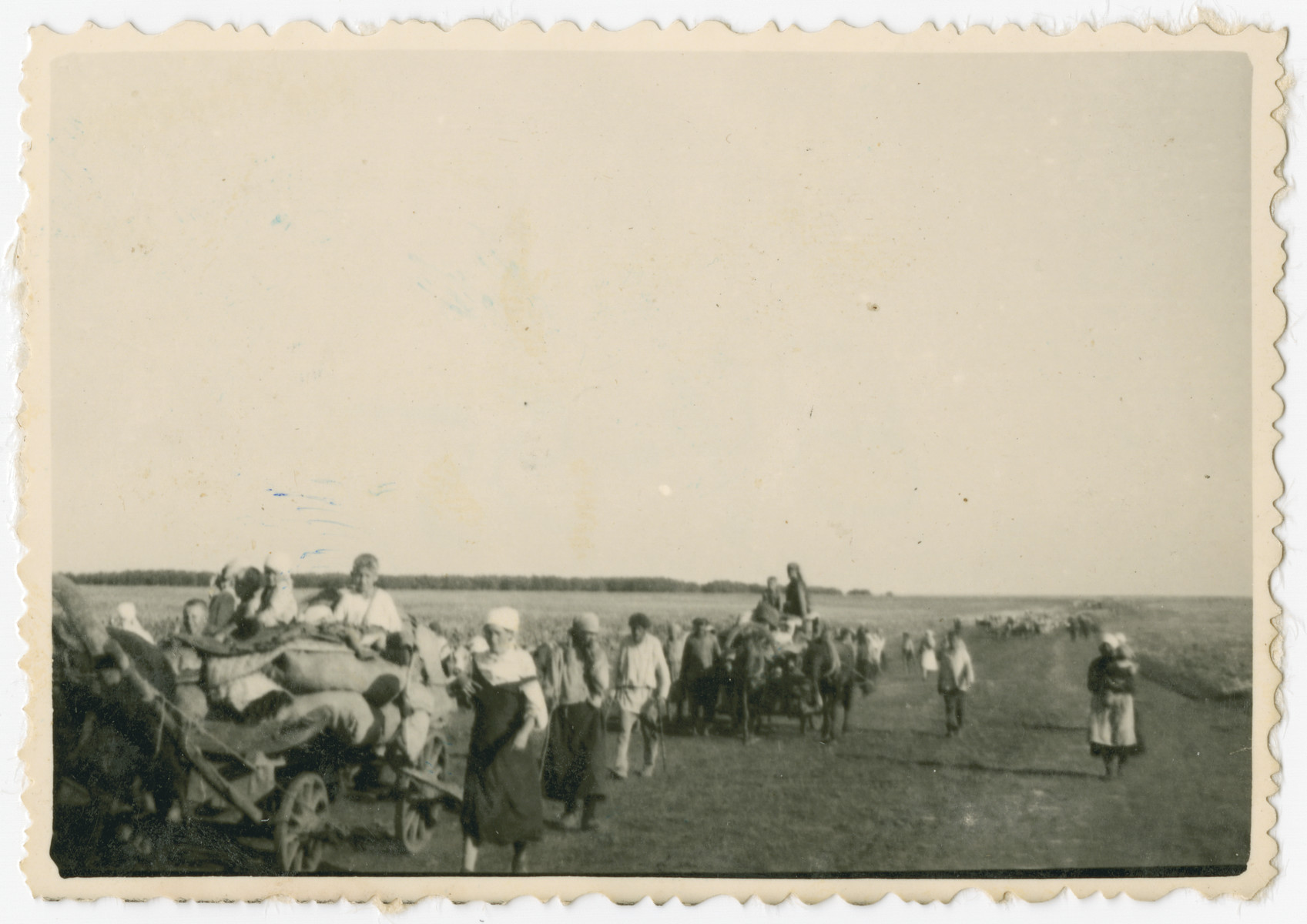 Photograph of civilians and wagons laden with personal belongings taken during a possible resettlement action.

Biography
This photograph is among 179 images captured by Karoly Deme, a dentist who served in the Hungarian Army's 20th Infantry Division during WWII. Deme, born on December 13, 1902, in Zilah Hungary (presently Zalau, Romania) was stationed with Hungarian forces on the Eastern Front and held the rank of captain. During this time, Deme, an ardent Hungarian nationalist with Axis sympathies, observed the harsh treatment of wounded Russians, POWs, Gypsies, and Jews by German and Hungarian forces. After the war Deme remained in Germany as a displaced person until emigrating to the United States in 1950. A narrative of his wartime experiences was later published posthumously, the museum holds a manuscript of this work.