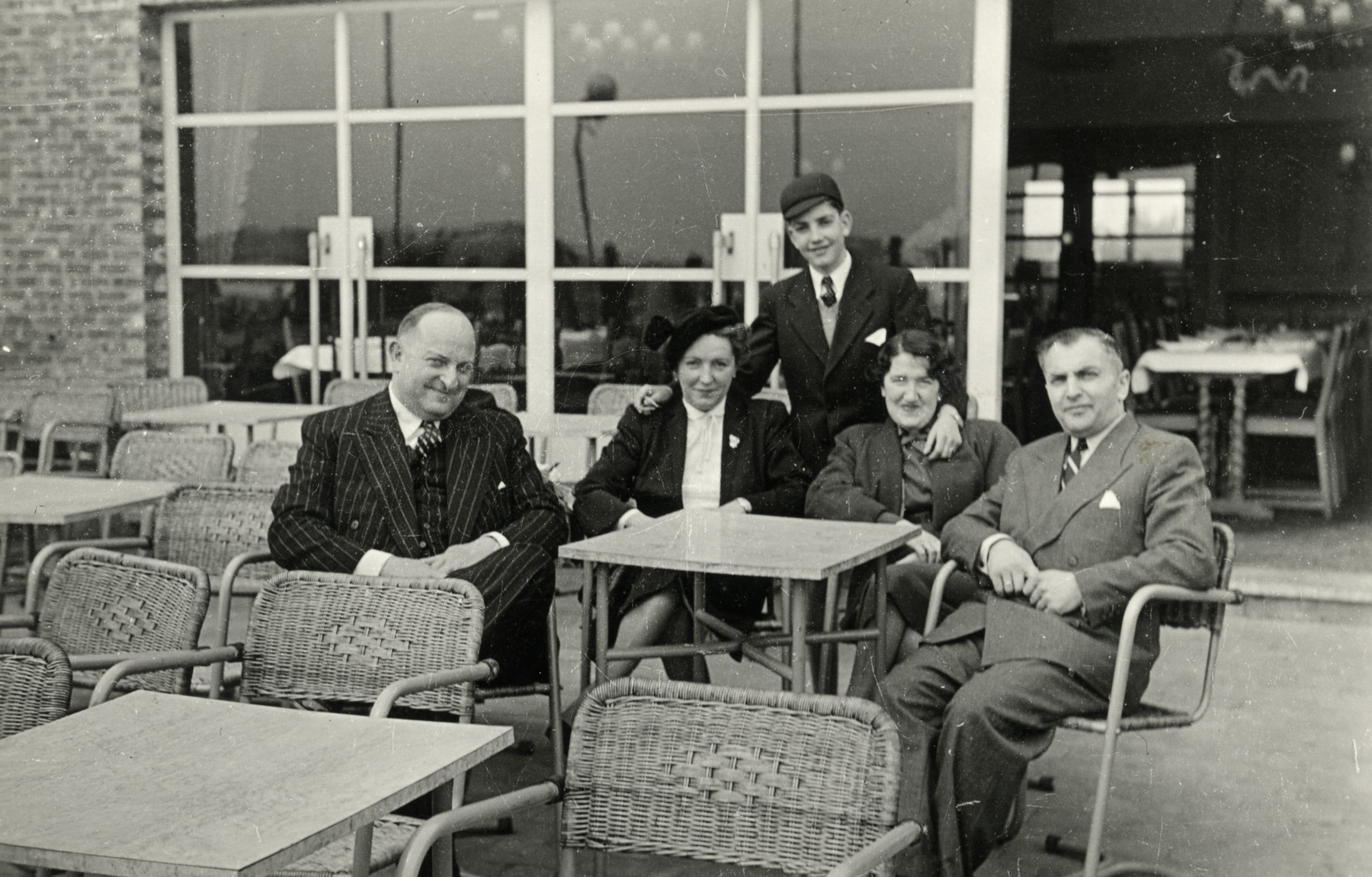 The Winklers flew from Zurich to Belgium to attend Shlomo's bar mitzvah.

Biography
Shlomo Sternfeld was born on May 3, 1938 in Antwerp, Belgium to parents Pinkus Sternfeld (b. 1903 in Jenjewej [?], Poland) and Ruchla (nee Goldkorn) Sternfeld (b. 1908 in Slomniki, Poland). Pinkus’ parents were Chaya Sura (b. 1881) and Baruch Sternfeld (b. 1880). In 1925 Baruch and Chaya immigrated to Palestine, but within a year they were forced to declare bankruptcy and return to Belgium. Pinkus joined the army in Poland, but in 1928 he joined his parents in Belgium. He had two younger brothers, and they all worked in the diamond industry. In the summer of 1939, when Shlomo was a year old, the family went to Poland to visit Ruchla’s parents. They returned to Belgium on August 31, the day before WWII began. They were able to keep in touch with their family in Poland through postcards until 1941.

On May 10, 1940 German forces invaded Belgium. The Sternfeld family tried to flee to England via Pas de Calais, but were turned back. They returned to their apartment in Antwerp, where Pinkus was able to continue working in the diamond industry for a time. In January 1942, he was ordered to report to the collection center in Antwerp. Realizing the danger, Ruchla urged him not to go, and gathered the family to escape to France. Guided by a smuggler, Pinkus, Ruchla, and Shlomo left Antwerp with Pinkus’ parents, his two younger brothers, and the child of his younger brother, Marcel. Travelling by foot and by train, they reached Annemasse, on the Swiss border, near Geneva. The trip took five months, and cost them all the diamonds in their possession. While in Annemasse, they learned that the Swiss were permitting adults with children to enter Switzerland, so they travelled to Geneva, where Shlomo was placed in a children’s home. Pinkus and Ruchla were first placed in a refugee center for adults, but were later moved to a work camp at Adliswil, and then to Lucerne. Ruchla worked with textiles and Pinkas in the woods, for which they received a salary, food, and clothing.

Soon, the Swiss government requested volunteers who were able to take in children placed in children’s homes. A young childless couple from Zurich, Jacques and Hedda Winkler, took Shlomo into their home, and he remained with them for the next four years. They treated him very well, and Ruchla and Pinkus were able to visit him from time to time. Shlomo’s uncles and their families also managed to reach Switzerland and his young cousin, Marcel, was placed with a non-Jewish family in Zurich.

Pinkus’ parents, Baruch and Chaya Sura, who had remained in France, were deported to Gurs. Baruch was later sent to Drancy and then to Auschwitz, where he perished. Chaya Sura survived Gurs, and was liberated. After the war she returned to Antwerp, where she received a house to live in. Soon, her family members who had escaped to Switzerland joined her, and they all lived together. Shlomo began attending the Tachemoni Jewish school in Antwerp, while maintaining close contact with his foster family, the Winklers.

The Sternfeld family continued to live in Antwerp until 1955. At that time, Ruchla’s two sisters, who had survived Auschwitz, urged the family to join them in Israel. Ruchla and Pinkas immigrated but Shlomo, then sixteen, needed to finish school so he was sent to live again with the Winkler family in Zurich. After two years in Israel, Pinkas and Ruchla found that they could not make a living there and returned to Antwerp. Shlomo joined them there and studied at the university, earning a master’s degree in economics. After completing his degree, he decided that he needed to learn English, and obtained an internship at the Feuchtwanger Bank in England. From there he went to Paris to begin work in an insurance company, later returning to Zurich and then to Belgium, where he secured work with ITT Bell. He met his future wife on a visit to family in Israel, and they married in 1968. In 1972 he immigrated to Israel and began a career in the Industry and Trade field. He and his wife have three daughters and seven grandchildren.