Five children reunite with parents after the war. Father is wearing a resistance Macquis uniform. 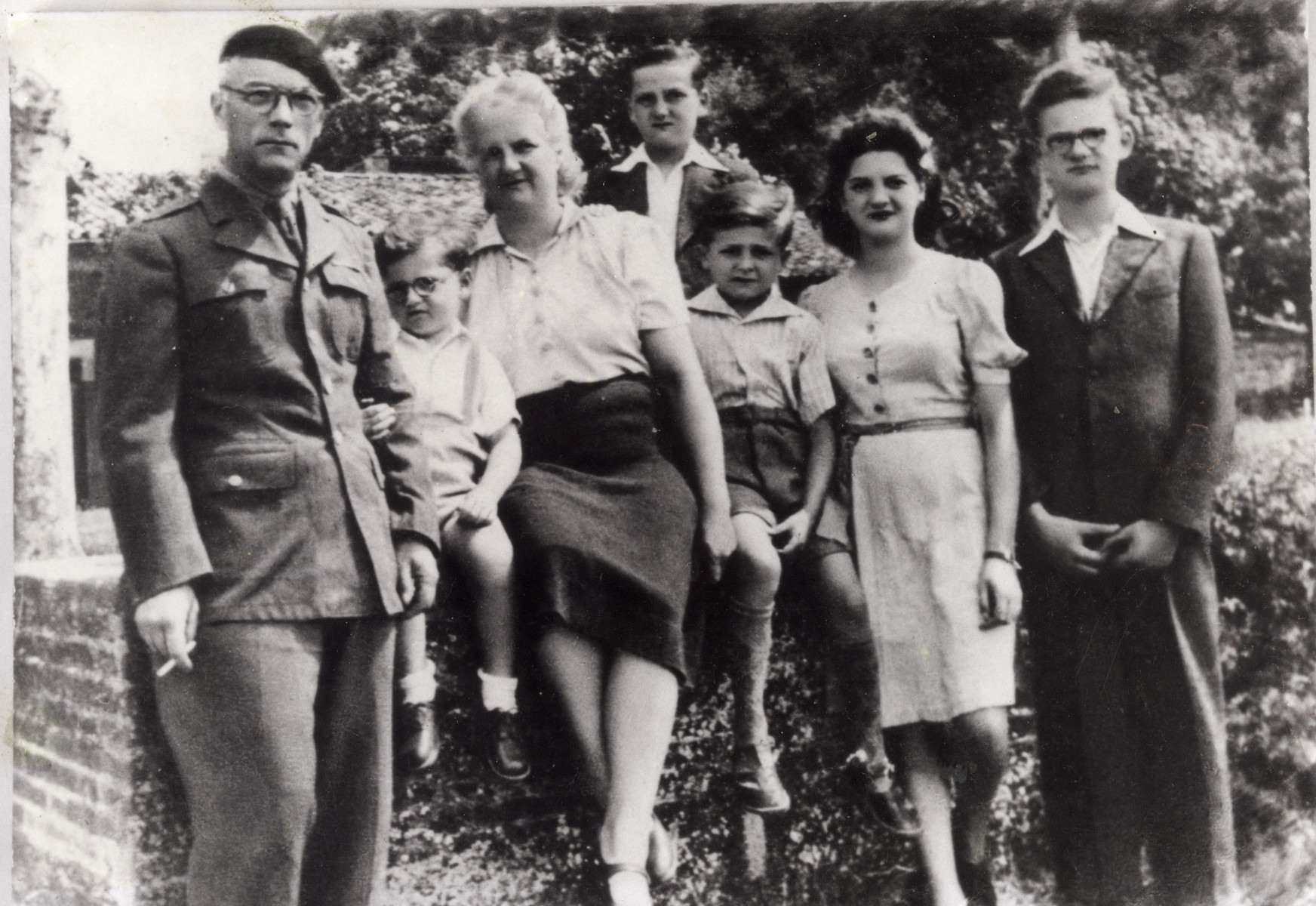 Five children reunite with parents after the war. Father is wearing a resistance Macquis uniform.

Biography
Claude Zeidenbach (donor) is the son of Natan Zeidenbach (b. March 1899, Czestochowa, Poland) and Mathilda Herscovici (b. September 18, 1899, Moldova). Claude was born on April 6, 1941 in Toulouse, France and had four older siblings all born in Belgium: Hanoch (b. 1929), Leon (b. 1931), Renee (Rebecca, b. 1927) and Shimon (b. 1936). The family were conservative Jews. When Natan was 15, he was drafted to the Polish army for 25 years. He escaped to Vienna, Austria where he became a house painter. After World War I, Natan traveled to Berline and then to Paris where he had a cousin. In 1925, Natan married Mathilda in Brussels, Belgium. He continued to work as a house painter and Mathilda stayed home with their three children. In May 1940 Germany occupied Belgium and the family managed to escape to Grepiac, France. It is a small village not far from Toulouse. Natan was arrested and sent to a work camp in France where he remained for about two months until he escaped and joined the Marquis or French resistance. Mathilda, and her infant son Claude, were sent to live with French artistocrats in a castle in Villemur, France where many women and children refugees and Spanish Republicans were living. They were the only Jews there and only the head of the refugee department for that area knew that Mathilda and Claude were Jewish. They remained there for two years.

Claude's siblings were sent to Switzerland by the OSE (Oeuvre de Secours aux Enfants, a children's aid society). Leon, Shimon and Hanoch were sent to foster familes. Reness was sent to the Centre Henri Dunant. Henri Dunant was the head of the Red Cross in Switzerland. After the war, Natan returned and found Mathilda and Claude in Villemur. The family was reunited when Leon, Shimon, Hanoch and Renee returned from Swiitzerland.

Hanoch immigrated to Palestine in 1946, but died in 1948 during Israel's War of Independence. Claude remained in Brussels until he married at the age of 27. He and his wife moved to Paris where Claude studied at the Science Politique for two years. He then began to work in the fur trade. Claude moved to Israel in 1986. He has one son who lives in Paris.