Group portrait of Jewish children in the Jeanne d'Arc camp in Phillippeville who were sent their following their release from Bergen-Belsen in a prisoner exchange. 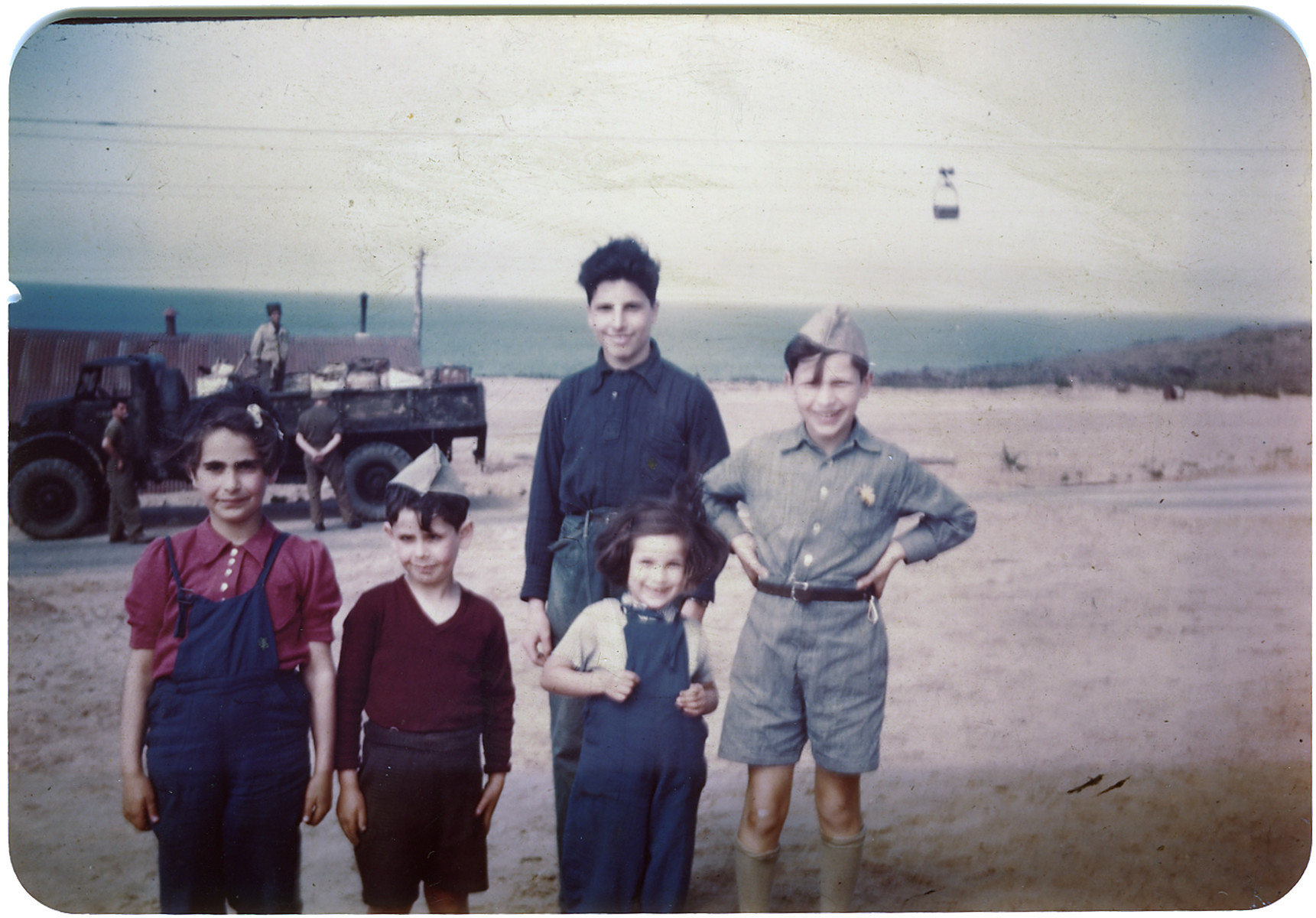 Group portrait of Jewish children in the Jeanne d'Arc camp in Phillippeville who were sent their following their release from Bergen-Belsen in a prisoner exchange.

Hans Abraham is on the far right, and Ruth Abraham is in the front right.

Biography
Hans Leo (later Henry) Abraham (the husband of the donor) is the son of Siegfried (b. Ehringshausen, July 19, 1899) and Gerda Abraham, nee Schwarzstein (b. Berlin, February 26, 1911). Hans was born on September 23, 1933. He and his parents came from Hamburg, Germany and fled in 1935 to Amsterdam. Siegfried had worked as a stock broker in Hamburg, but he could not remain in his profession after immigrating and became a certified electrician. His younger sister Ruth was born in Holland on September 24, 1938. After the German invasion of The Netherlands in May 1940 their lives became endangered again. Wealthy friends from Hamburg, who had left for Switzerland early on while it was still possible to take their assets out of the country, sent them Haitian passports in May 1942. As foreign nationals, they were deported first to Westerbork and then to Bergen-Belsen in 1944. The family was chosen to be part of a prisoner exchange in January 1945 in which they were taken first to Switzerland, and then to Algeria on August 31, 1945. They remained in the UNRRA camp at Jeanne d'Arc at Philippeville until the end of the war. The Abrahams immigrated to the United States in 1946.