Close-up portrait of Frits and Martijn Messcher outside their home in Rotterdam. 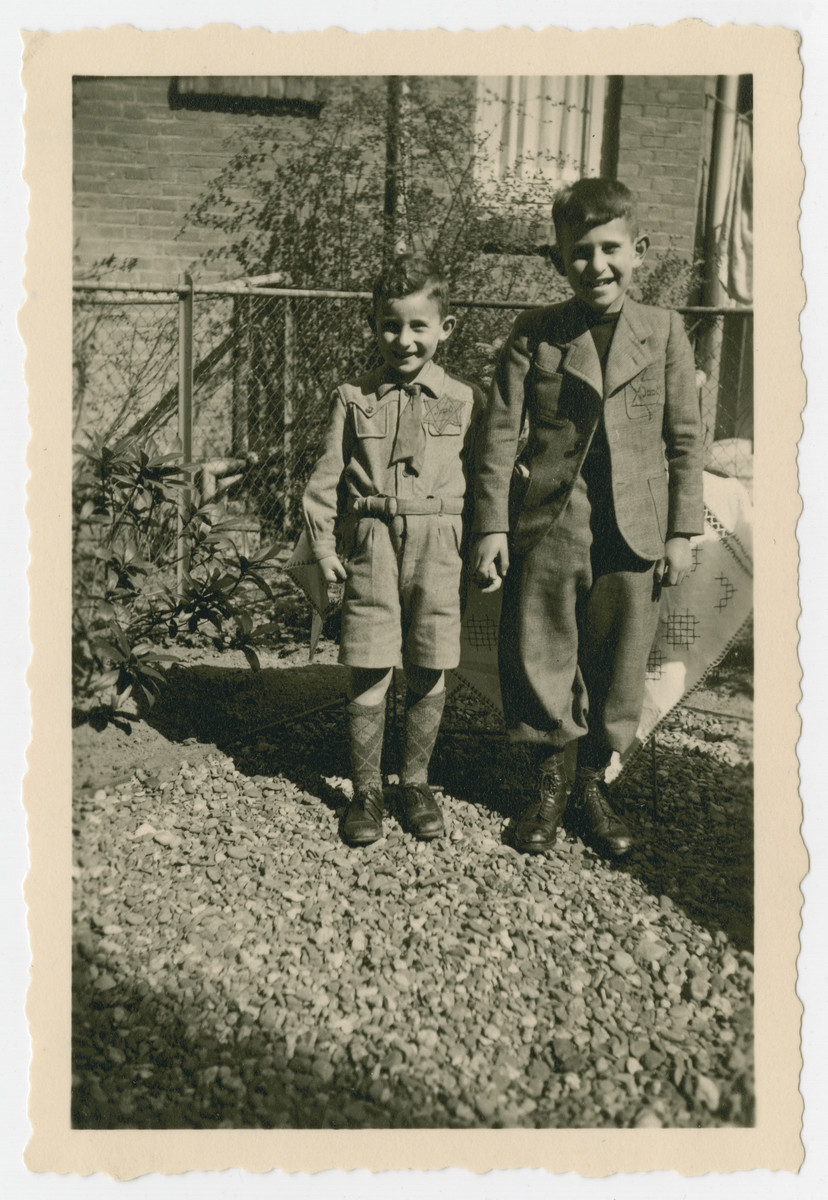 Close-up portrait of Frits and Martijn Messcher outside their home in Rotterdam.

Biography
Martijn Visser's grandfather, Daniel Bosgra, lived in the same building and was friendly with a Jewish family named Messcher. They all lived at 34 Statenweg in Rotterdam. The Messcher family consisted of Hermanus (Herman) and Marie (nee Rosenberg) and their four children, Martijn (b. 1/17/1934), Frits (b. 7/11/1936), Carola (Carrie, b. 12/31/1937) and Martha (b. 2/25/1942). Hermanus had worked for the Jewish Council in Rotterdam. He was taken to Westerbork on March 6, 1943. On May 6, 1943, Marie and her two boys Martijn and Frits were sent to the Vught concentration camp and then later transferred to Westerbork. The younger children, Martha and Carry, at some point were sent to Amsterdam, to live with the Den Hartogh, Herman's former boss. From there the children also were sent to Westerbork. Martha died in Westerbork on June 6, 1943. Her grave is only marked with her camp number, not her name. Marie's brother Sammy Rosenberg was one of the first prisoners who had come to Westerbork and due to that he had certain privileges. He used his influence to keep the Messchers off of transports to Auschwitz. Instead, they were sent from Westerbork to Theresienstadt in February 1944. Herman died there that April. On May 16th, Marie and her three sons were transported to Auschwitz. They were gassed on July 7th 1944. No one from the Messcher family survived.