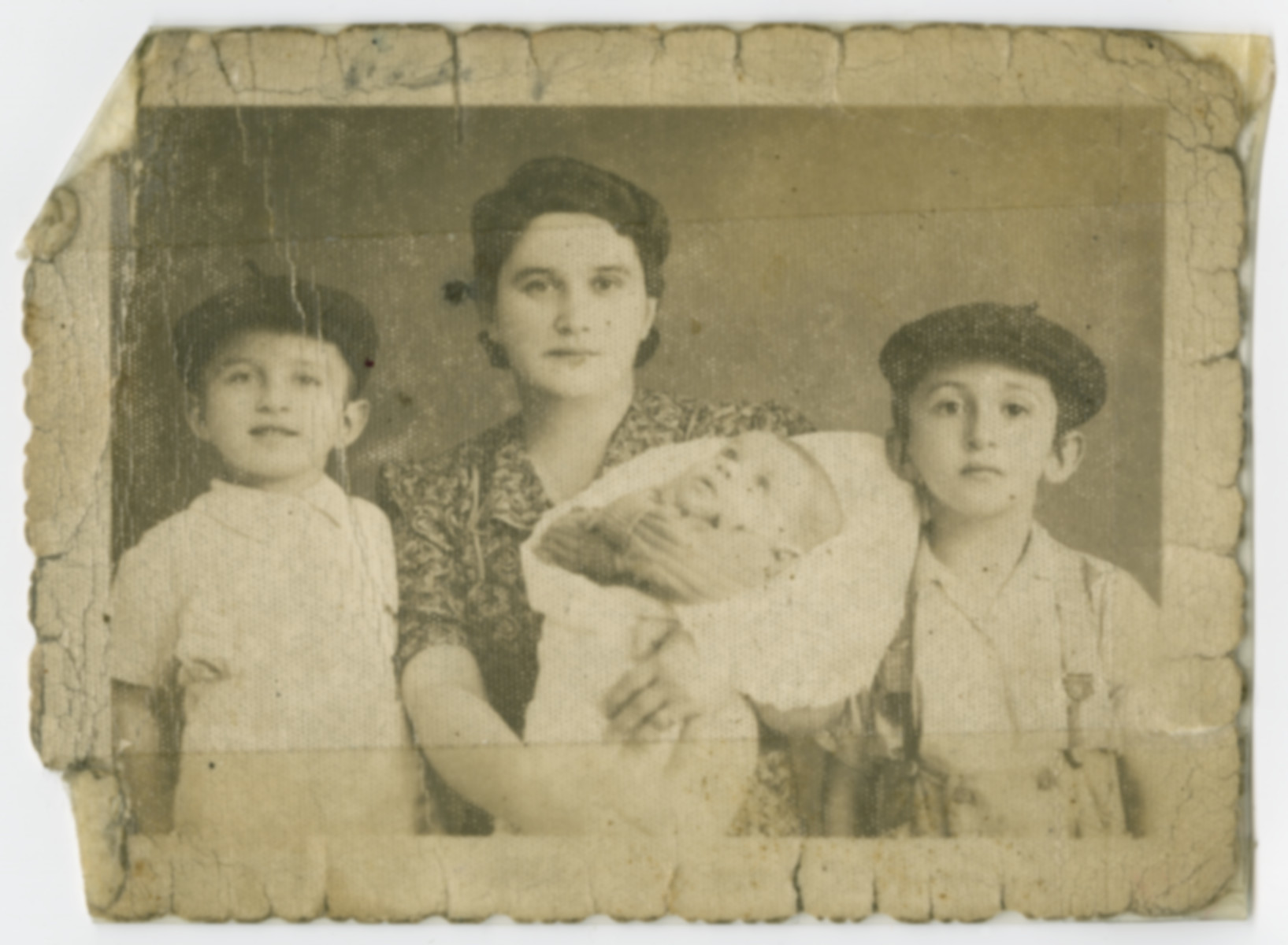 Biography
Sandor (Alexander) and Ilona (nee Ezrovic) Seidenfeld married in the early 1930s and lived among their extended families in Khust, then a part of Transcarpathia under Czech rule. In 1939 Hungary invaded and occupied the region forcing many Jewish men, including Sandor, into forced labor battalions to benefit Axis military objectives. This work was grueling and and often the men were subjected to extreme cruelty.

While Sandor was away Ilona cared for their three young sons, Ezra (b.1934), Mordche (b. 1936), and the baby, Mojsche (b. 1940). Following the German occupation of Hungary in March 1944 the Jewish population of Khust, as well as many Jews from the surrounding area, were forced in to a ghetto. Among the more than 10,000 ghetto residents lived Ilona, Ezra, Mordche, and Mojsche Seidenfeld.

The Khust ghetto was not in existence long. Plans to deport the Jews of Hungary were agreed upon in April 1944 between Nazi leaders responsible for the so-called "Final Solution" and Hungarian collaborators. The first of four transports deporting the Jews of Khust to Auschwitz left in May, by June the ghetto was empty. Ilona Seidenfeld and her children, as well as many Seidenfeld and Ezrovic family members were among those deported.

At Auschwitz Ilona was separated from her family and selected for forced labor while her sons, parents, and in-laws were likely gassed shortly after their arrival. For the next 8 months Ilona Seidenfeld endured forced labor at Auschwitz and Stutthof before being liberated by Soviet troops near Bromberg (Bydgoszcz).

After her liberation Ilona Seidenfeld was reunited with her husband Sandor who was the only member of her immediate family to survive the Holocaust. The couple lived in Czechoslovakia before immigrating to the United States in 1948 where they raised two sons born after the war, Jerry (Jiri, b. 1945) and Sheldon (Shlomo Kalman, b. 1956).