Group portrait of women, two of whom are holding their babies in the Eschwege displaced persons camp. 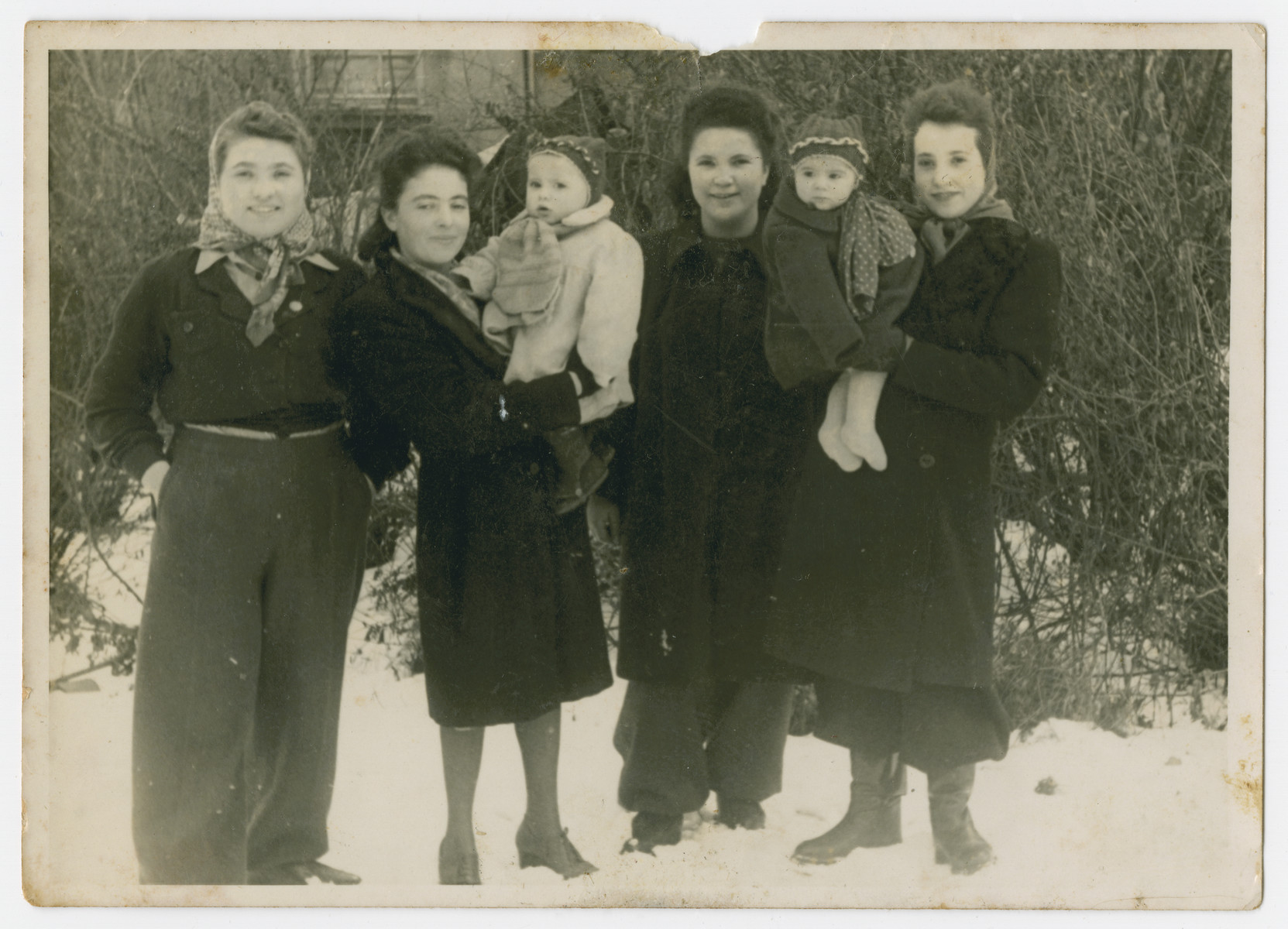 Group portrait of women, two of whom are holding their babies in the Eschwege displaced persons camp.

Pola Dichter, holding her daughter Klara, is second from the left.

Biography
Pesl Pola Melamed Dichter and Izhak Dichter are the parents of the donor. Pesl was born in December 1923 Rozyszcze, Poland. The Melamed family together with 4,000 other Jews were forced into a ghetto in the winter 1941/1942. They all suffered terrible hunger and were forced to perform slave labor. In the spring 1942 Motl Melamed, Pesl’s father was murdered by the Germans. The last Aktion during which more than 3,000 Jews were shot, took place in August 1942. Pesl Pola was at that time engaged to knit by a Polish woman in a neighboring village, and due to this coincidence she was saved. She hid in the forest till the liberation. In 1944 she married Izak Dichter, b. January 15, 1911, in Luck. He lived in Trojanowka, about 80 km north of her hometown. Their daughter Klara (Carmela) was born in December 1945 in Walbrzych, Poland. They lthen lived in the Eschwege displaced persons camp before immigrating to Israel in 1948. Itzhak's mother Basia Dichter survived as well.