Studio portrait of three young Hungarian women, all of whom perished in Auschwitz. 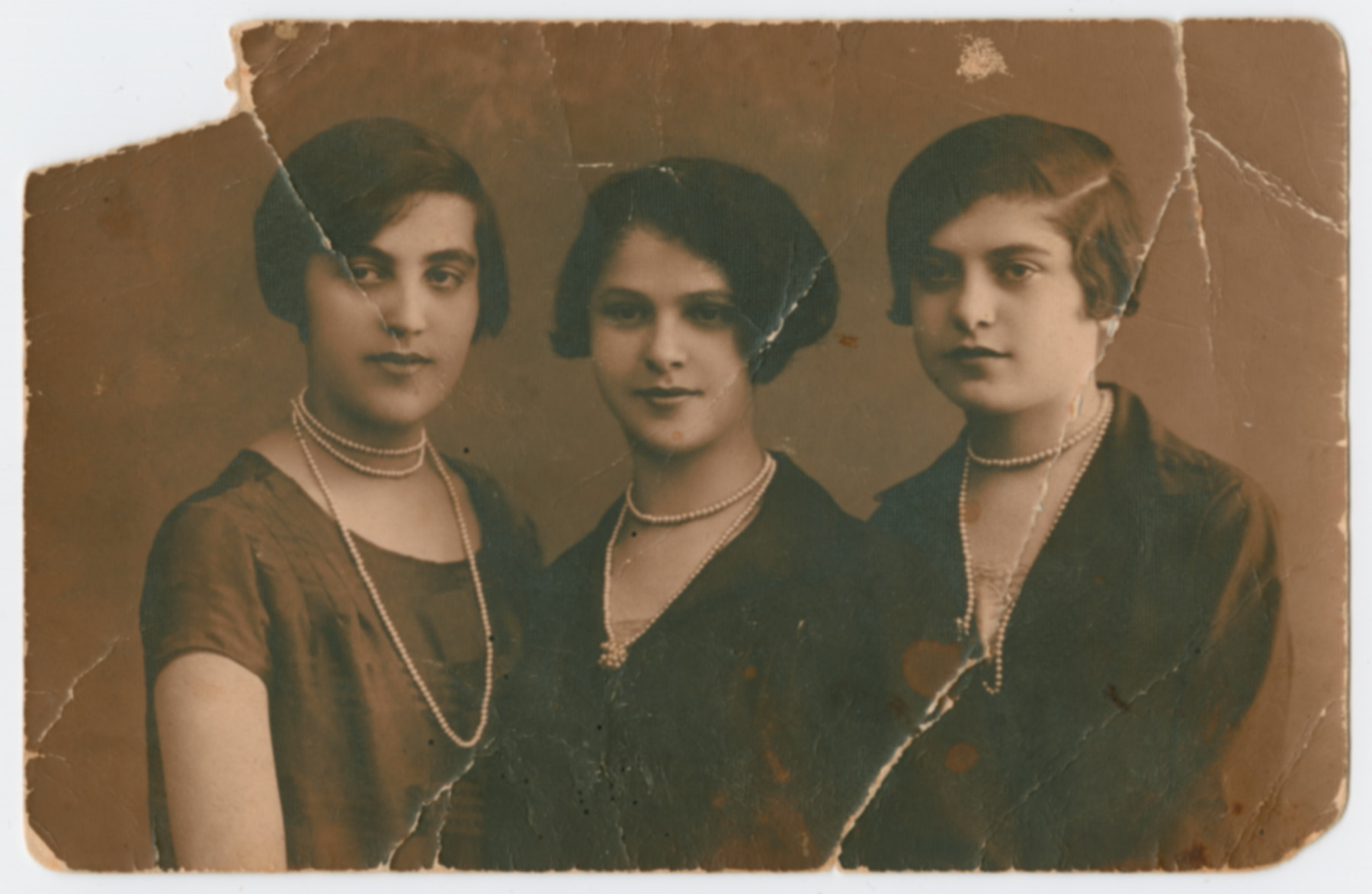 Studio portrait of three young Hungarian women, all of whom perished in Auschwitz.

The three cousins from left to right are Rozsa Klein, Irena and Olga.