Cover page of the diary of Hans Vogel tracing the family's journey from Germany through France and eventual immigration to the United States. 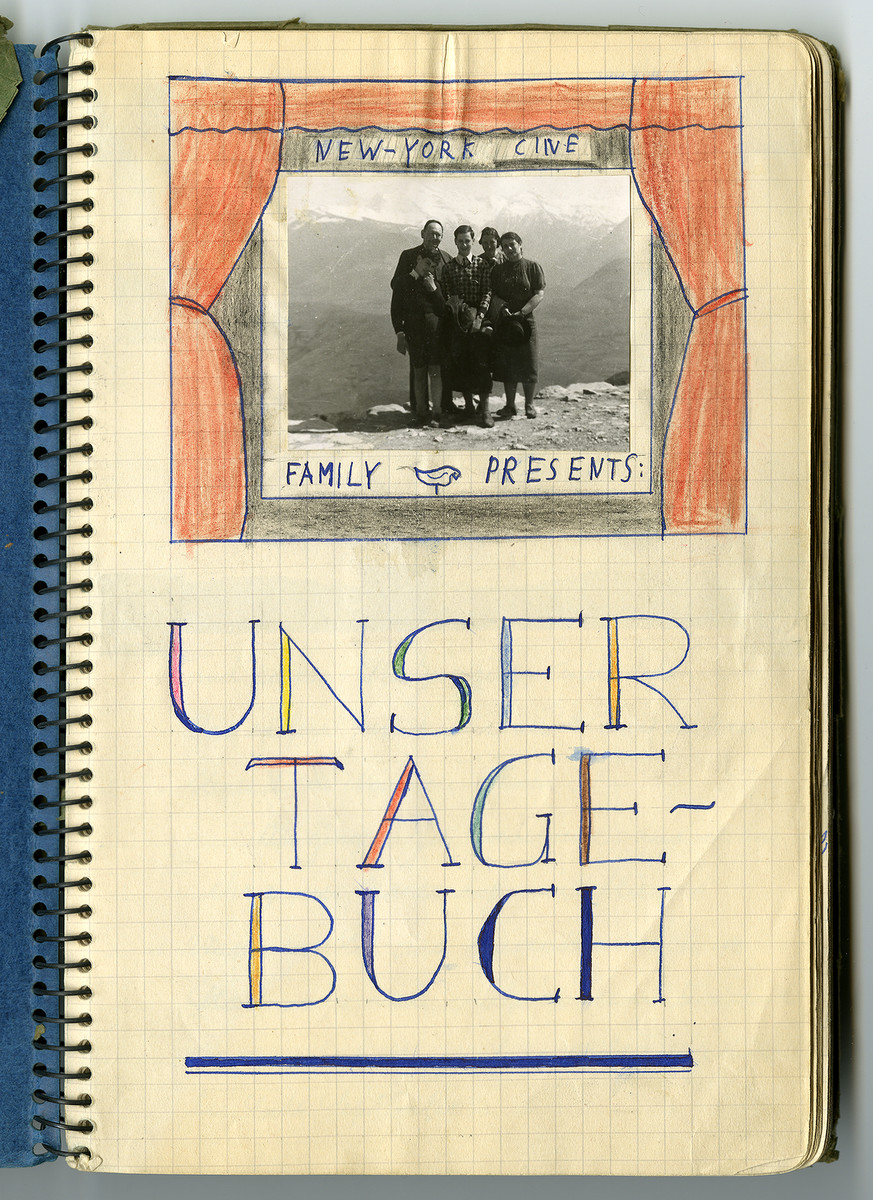 Cover page of the diary of Hans Vogel tracing the family's journey from Germany through France and eventual immigration to the United States.

Biography
Hans Yakov Vogel is the son of Simon Vogel (b. 1898) and Hannah Vogel (b. 1898). He was born on August 1, 1929 in Cologne, Germany. His older brother, Walter Joseph, was born December 3, 1926. Hans’ paternal grandfather, Jacob Yakov Vogel, was prominent in a Jewish congregation and worked in the chemical and steel trade, which both Simon and Hannah adopted as their professions. Walter’s religious life at home matched that of modern orthodoxy. They celebrated major holidays and attended synagogue regularly. Walter and Hans attended a Jewish day school.
In May 1936, Simon and Hannah planned a departure from Germany. The family, along with their nanny, Ruth Heymann, arrived in Paris by train where they resided in a Jewish community for several years. In 1937, Walter became sick with jaundice and the following year was sent to a sanatorium, where he remained from the spring of 1938 to the spring of 1939. Upon his return to Paris, his parents left for a trip to the U.S. for a work opportunity, sending Walter, Hans, and Ruth to a resort in France for the summer of 1939. Although warned otherwise by a long time friend, Simon and Hannah returned to France in August 1939. A week later, while visiting Walter, Hans, and Ruth on vacation, Simon was incarcerated by the French and sent to the Lisieux detention camp. Hannah, Walter, Hans, and Ruth remained in Paris until Ruth was arrested and detained in the Gurs camp in April 1940. Hannah, Walter, and Hans left Paris on May 13, 1940; twenty-four hours before German occupation. The Vogel’s were accompanied by the Heumann family. They traveled among a stream of other refugees, mostly by foot, as the Luftwaffe shot machine guns at them. Walter had flat feet and was having trouble walking the long distance. She hailed down a hay cart and arranged for them to take Walter on to the next town, Blois, to a particular bridge where they would later meet. French soldiers hassled him, informing him that they would be blowing up the bridges in the town. Walter was ordered to cross the bridge; as he crossed, he heard a familiar whistle that he recognized as his mother, and the family was reunited. The two families stayed in a café that evening. The Germans began bombing, and in the chaos, Hannah left all of their travel and identification papers in the café.
The Vogel’s and Heumann’s traveled to Selles-sur-Cher, where they realized they were in German occupied territory. They were granted help and asylum by Camille Courtas, who housed them in first his barn, and then later in a second house where the Vogel’s and Heumann’s parted ways.
Hannah and Simon (who was moved to the Gurs camp) both wrote to the same family friend in Paris, requesting help in finding the other. This friend was able, through codes, to tell them of each other’s whereabouts and when Simon and Ruth were liberated from Gurs, they traveled together to Oloron-Santie-Marie and met the rest of the family. They resided there from June 1940- April 1941. Walter and Hans went to a Jesuit school during this time, until Hannah was granted papers from the U.S. Consulate. The family, including Ruth, took a steamer called the Nyassa from Portugal to the U.S., arriving in New York City on August 9, 1941. Hans died at the age of 16 from an illness in 1943.