Close-up portrait of a man standing outside [most probably Izrael Beer in the Schlachtensee displaced persons camp]. 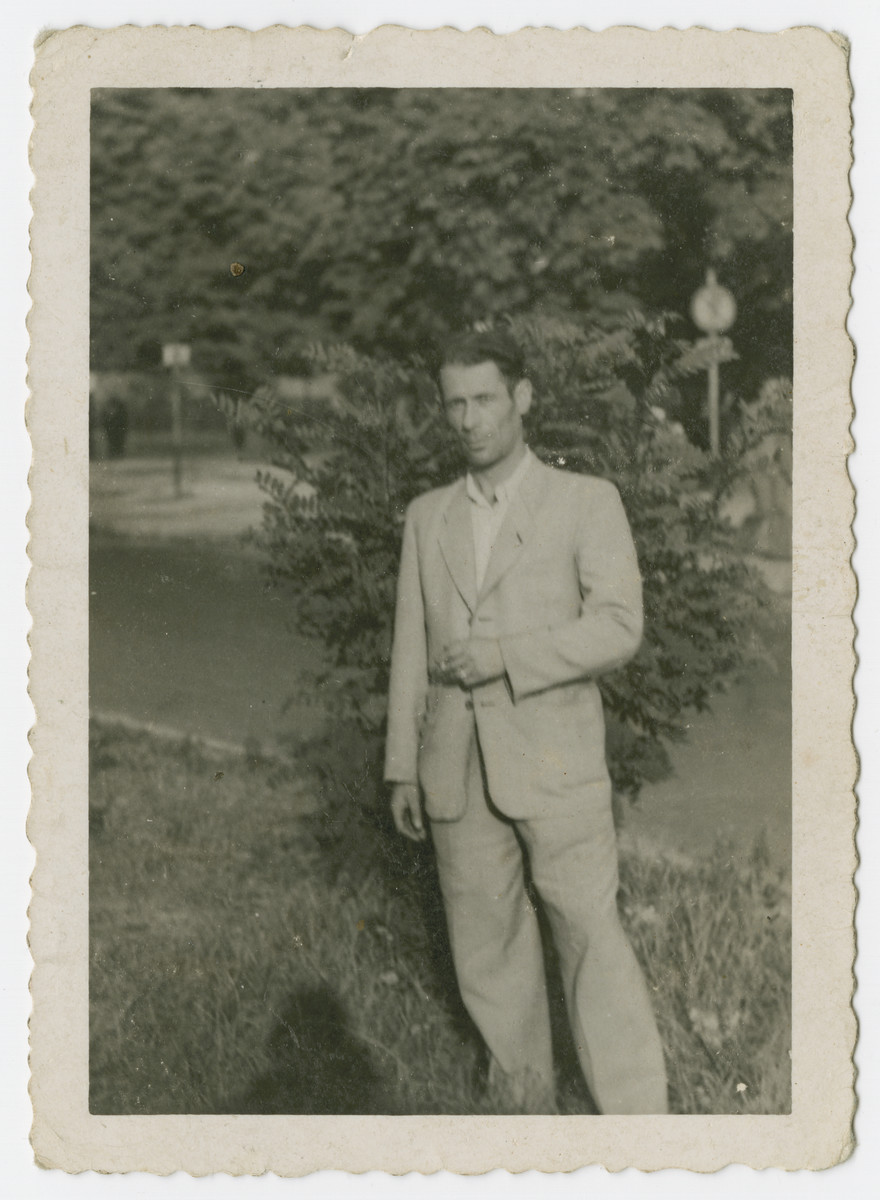 Close-up portrait of a man standing outside [most probably Izrael Beer in the Schlachtensee displaced persons camp].

Biography
Izrael Beer (the grandfather of the donor) was the son of Josef Beer and Elka (nee Wasserstein Beer). Izrael was born on February 24, 1914 in Lodz Poland. When the war broke out, he was living in Tarnopol and then was held for a few months in Kattowitz. From 1940 to 1944 he eluded capture and fought with the partisans. After the war he lived in Lublin and Warsaw before coming to the Berlin-Schlachtensee displaced persons camp in 1946. Both of his parents perished in Lvov.

The photos in his collection were found in the possession of a dead German soldier.