Shirley Gola sits at a table with her rescuers and family while in hiding. 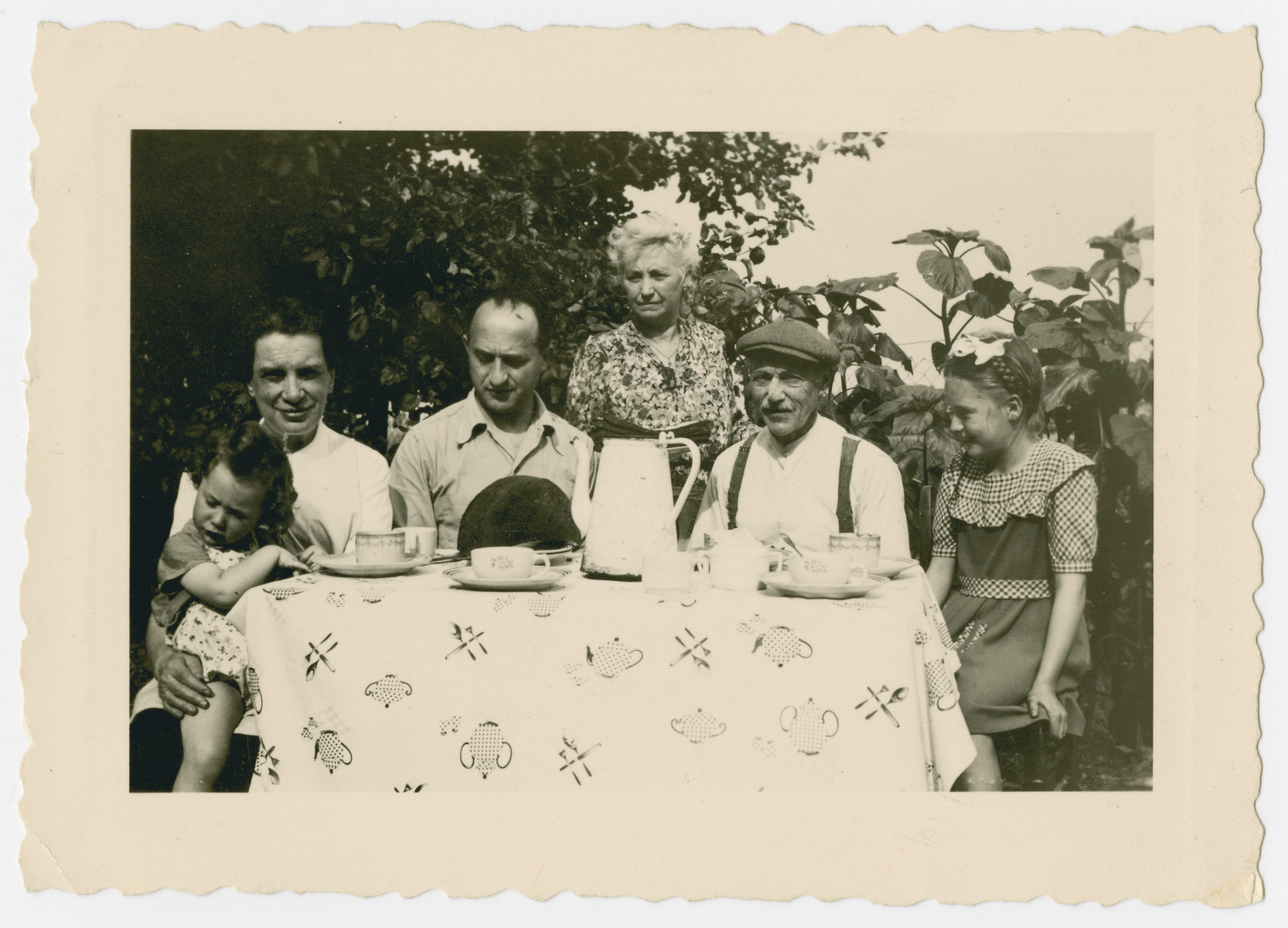 Shirley Gola sits at a table with her rescuers and family while in hiding.

Biography
Shirley Enselberg (born Sprynca-Shirley Gola) is the daughter of Josef Gola (b. October 26, 1906) and Dora (Dobra) nee Dzintscharski (b. May 1, 1909). Josef and Dora married in Belgium on July 31, 1935 and resided at 10 Rue de Liedekerke, St. Josse, in Brussels Belgium. Josef worked as a tailor. Shirley was born in May 1941, almost exactly one year after the German invasion. Father Joseph Gola and mother Dora. Born May 29, 1941 in Brussels. The Golas lived on second floor and the Henri and Marie Fannes lived above them. Mr. and Mrs. Henri Fannes family loved Shirley and acted as her second family. By mid-1942 it became too dangerous for Shirley to remain at home. A non-Jew offered to arrange for her to hide in a convent. After about three months Dora came to visit her baby, and discovered she had become very ill and mute from malnutrition. Dora brought her back home and nursed her back to health. However it still was too dangerous to keep the baby at home and they needed to look for another hiding place. Mr. and Mrs. Fannes arranged for Shirley to go to stay with their relatives, Mr. and Marein Mal, in Rotselaar, Belgium. Josef and Dora Gola survived the war hiding behind a façade in their own apartment. When they came to retrieve Shirley after liberation, she had no memory of who they were. After the war, Dora gave birth to a second daughter Liliane, and in September 1948 the family immigrated to the United States on the Ernie Pyle. Josef who had worked as a tailor before the war became a designer of ladies clothes.