Studio portrait of Hermann, Heinz and Else Jacoby. 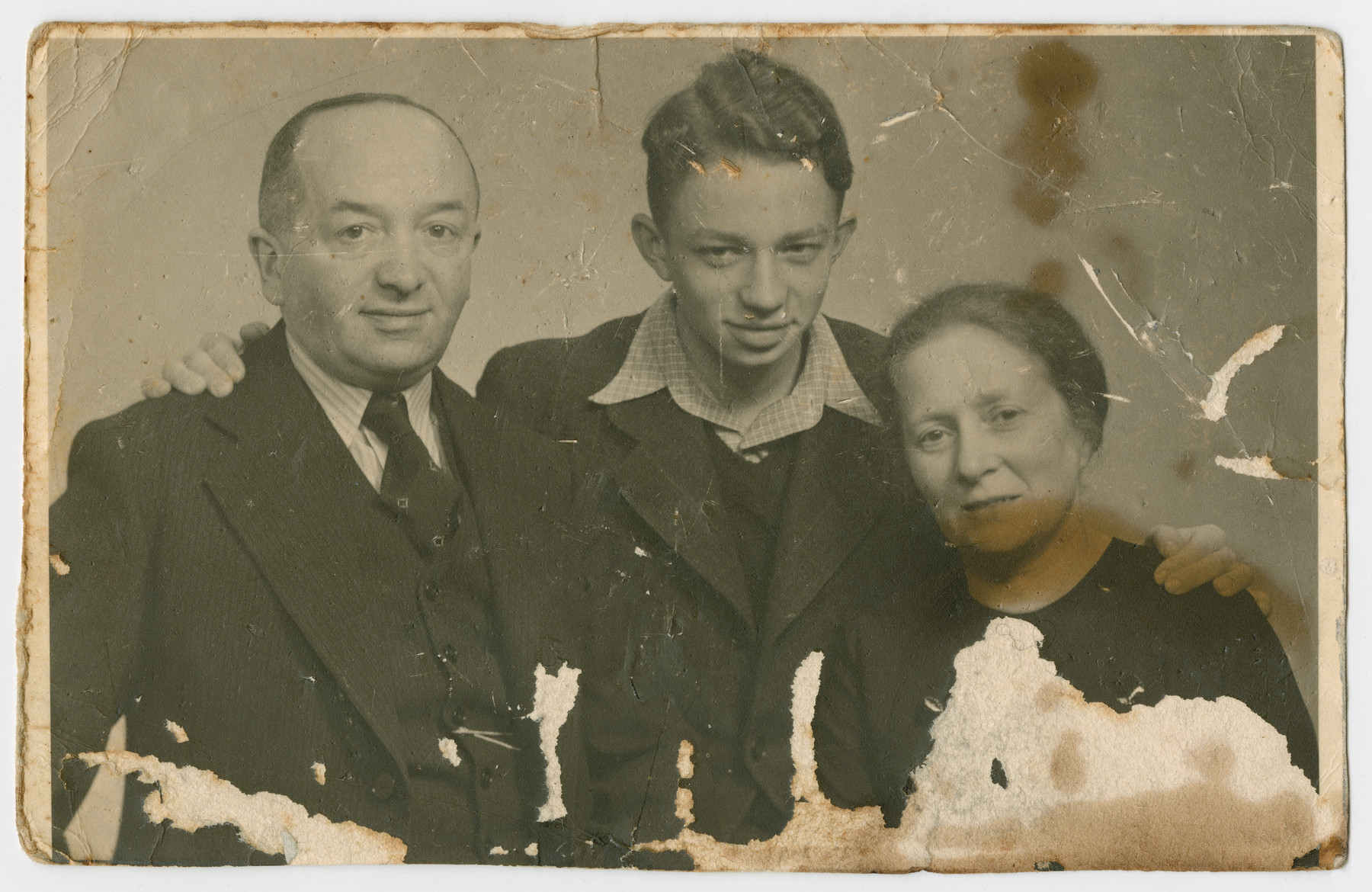 Studio portrait of Hermann, Heinz and Else Jacoby.

Biography
Yaakov (born Heinz) Jacoby was the son of Else (b. February 12, 1881)and Hermann (b. February 26, 1855) Jacoby . The family lived in Kuestrin, a small town in Brandenburg. In January 1938 when Heinz was only fourteen years old, he immigrated alone to Palestine. He later fought with the Jewish Brigade. In 1939 his father was transferred to Berlin and placed in the Old Age Home at Grosse Hamburgerstrasse 26. Hermann Jacoby was deported to the Theresienstadt concentration camp in early February 1943, where he died on February 17, 1943. Else Jacoby lived in Berlin since 1939 at 16 Duisburger St. She was deported to Piaski on March 28, 1942 and probably murdered in Sobibor.