Prewar portrait of the extended Ring family in Krzepice, Poland. 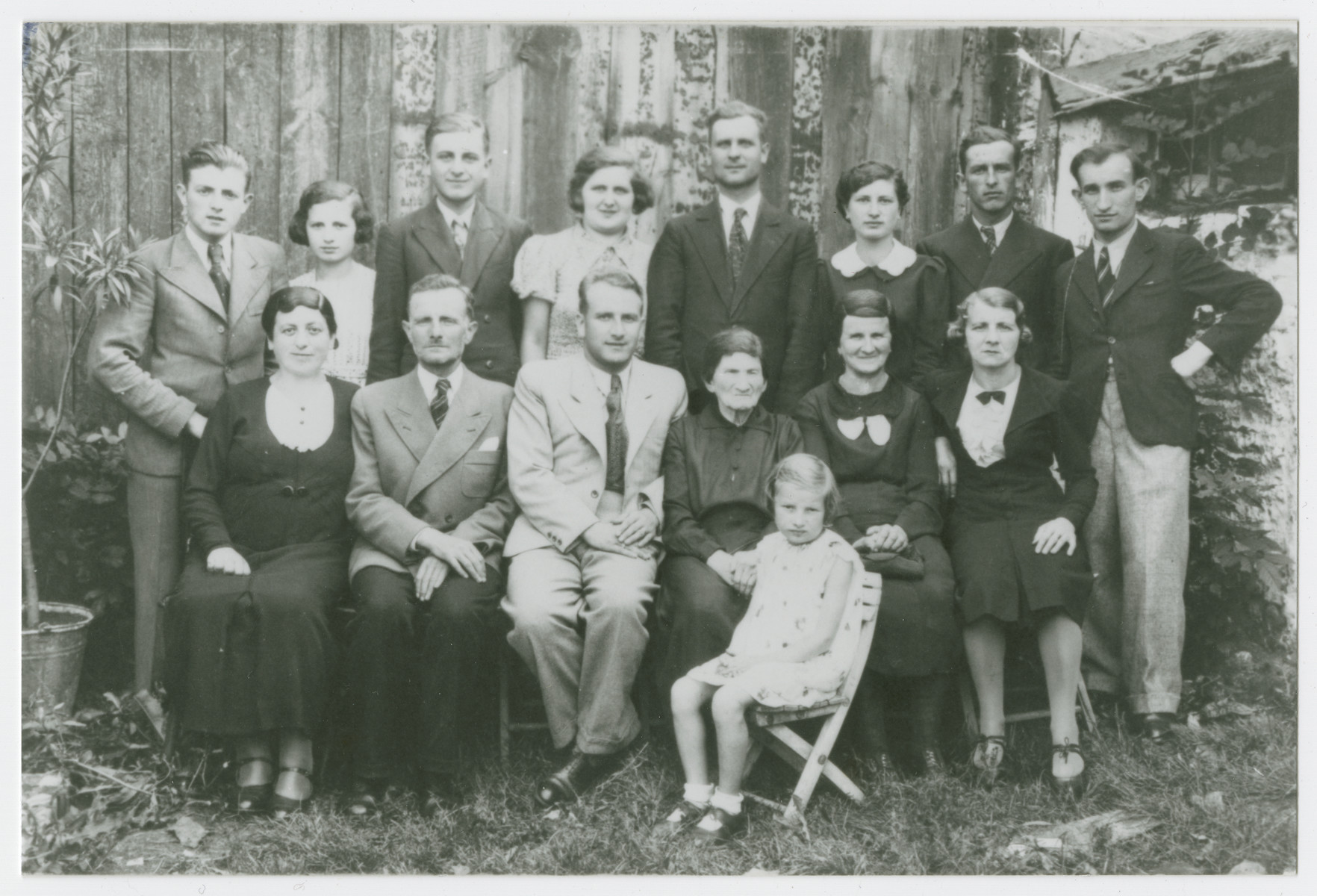 Prewar portrait of the extended Ring family in Krzepice, Poland.

Biography
Henia Schiff (born Ring), was the youngest child of Zeleg and Sura Fajga Ring. She was born in Krzepice Poland, a small town that was more than 40 percent Jewish, where her father worked as a cattle trader. She had an older brother Henoch. On September 1, 1939, the Germans invaded Poland; a day later, they entered the town. The family unsuccessfully tried to escape to Warsaw, and several days later the Germans established a ghetto in the town. In 1941, hearing that the Germans were seizing people for work details, Henia escaped to a nearby village. However she missed her parents and returned. While searching for them, she was arrested and eventually deported to Mauthausen. While digging a ditch in a field, she tried to escape into the woods. After two days, SS guards with dogs hunted her down. They beat her ruthlessly, breaking her nose. As she lay on the ground she heard the guards say, "Don't waste a bullet on her, she's dying." She later crawled back to the barracks. Henia was then deported to the Bergen-Belsen camp. She was liberated by British troops on April 15, 1945. After recuperating in Sweden, she immigrated to the United States in 1947.