The Arditti family sits outside their home. 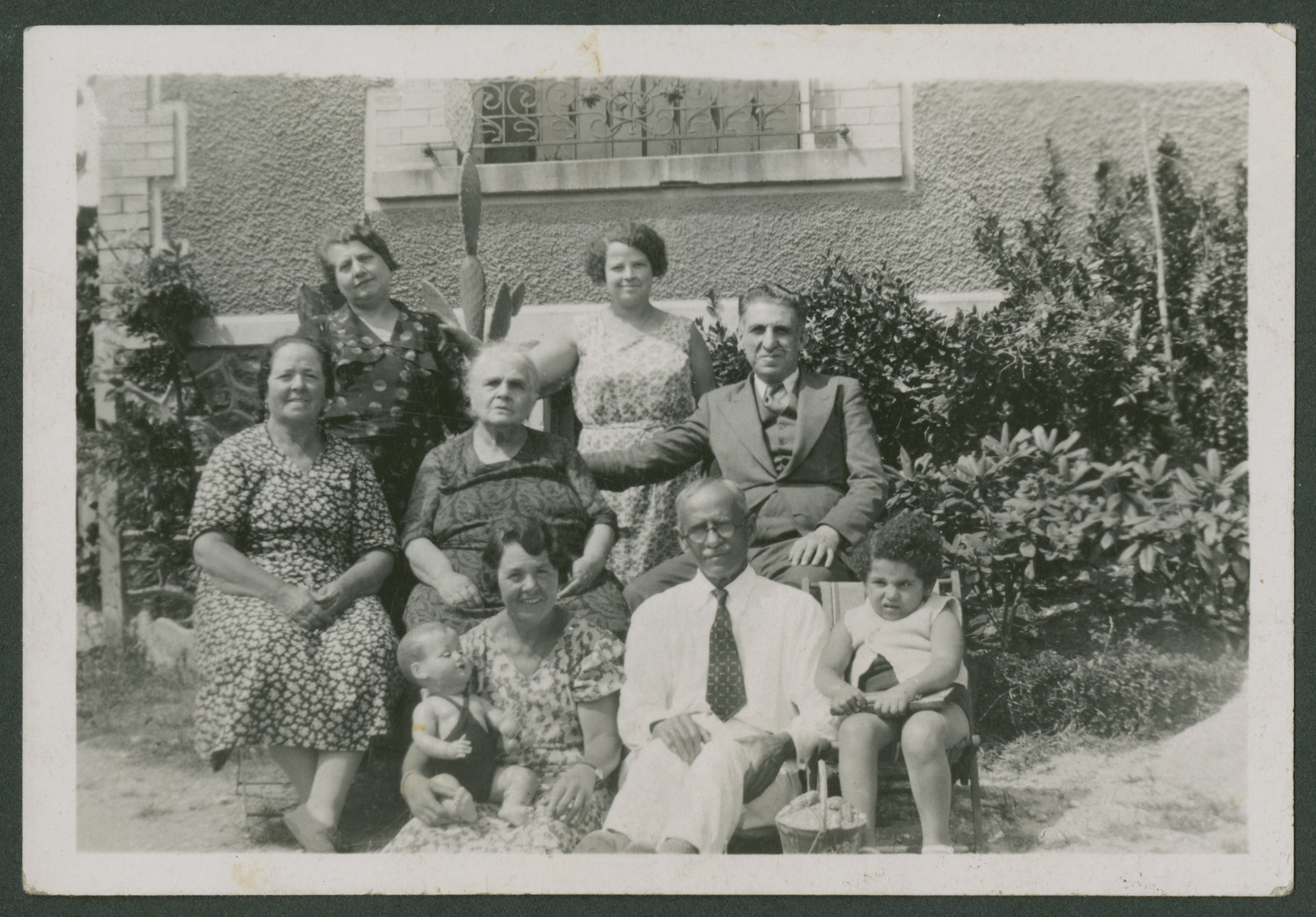 The Arditti family sits outside their home.

Jacques Arditti's grandmother (maden name Jaffe) is seated in the center. His mother is standing on the left and his father is seated on the right.