Wilhelm Keitel enters the courtroom during the Nuremberg trial. 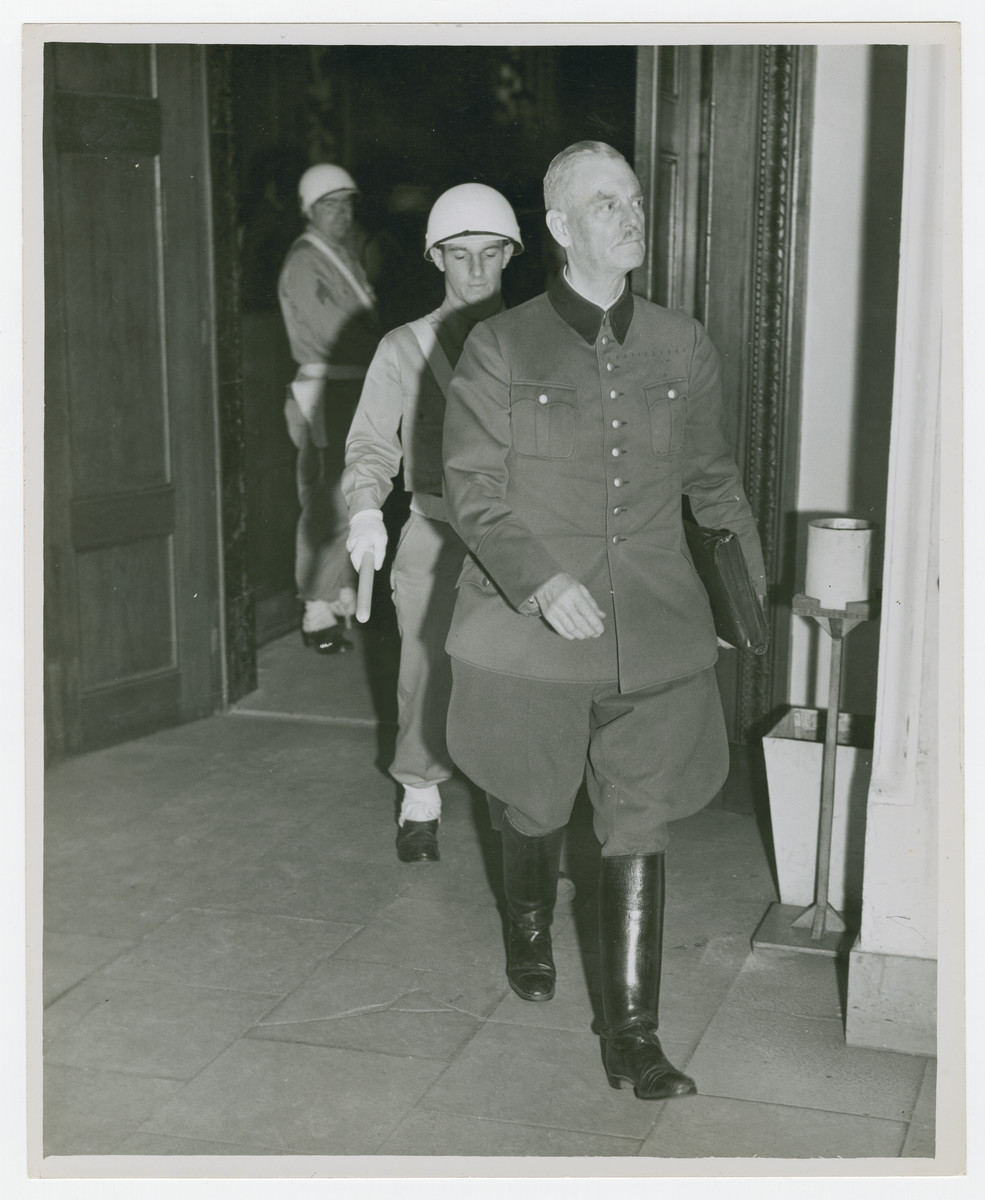 Wilhelm Keitel enters the courtroom during the Nuremberg trial.

Biography
Wilhelm Keitel (1882-1946) was the Chief of Staff of the High Command of the Armed Forces. After aiding Hitler with his rearmament plans, Keitel was named head of the Wehrmacht office in the Armed Forces Ministry on October 1, 1935. After the fall of Generals von Blomberg and von Fritsch, Hitler assumed command of the armed forces on February 4, 1938, and made Keitel the Chief of Staff of the High Command, or OKW. He became Hitler's closest military adviser, though he lacked command authority and could not directly affect operations. Nevertheless, in 1939 he received the Golden Party Badge, and received a promotion to field marshal after accepting the French surrender in Compiegne in July 1940. Keitel became increasingly submissive, never questioning Hitler's plans, and even keeping silent when he disagreed. For his blind faith, other officers nicknamed him, "Lakeitel," or "lackey." Furthermore, because of his willingness to support Hitler, he lent his signature to orders to kill Polish intelligentsia in 1939, the Commissar Order, the Bullet Decree, and the Night and Fog Decree. Keitel also gave Heinrich Himmler unquestioned authority to carry out the "Final Solution" in the Eastern territories. On May 8, 1945, he signed the unconditional capitulation of German forces in Berlin. He was brought before the International Military Tribunal in Nuremberg on charges of participating in a conspiracy, crimes against peace, and crimes against humanity. Convicted on all charges, he was hanged on October 16, 1946. His request to be shot as a soldier was denied.