The Tauscher family poses on an excursion. 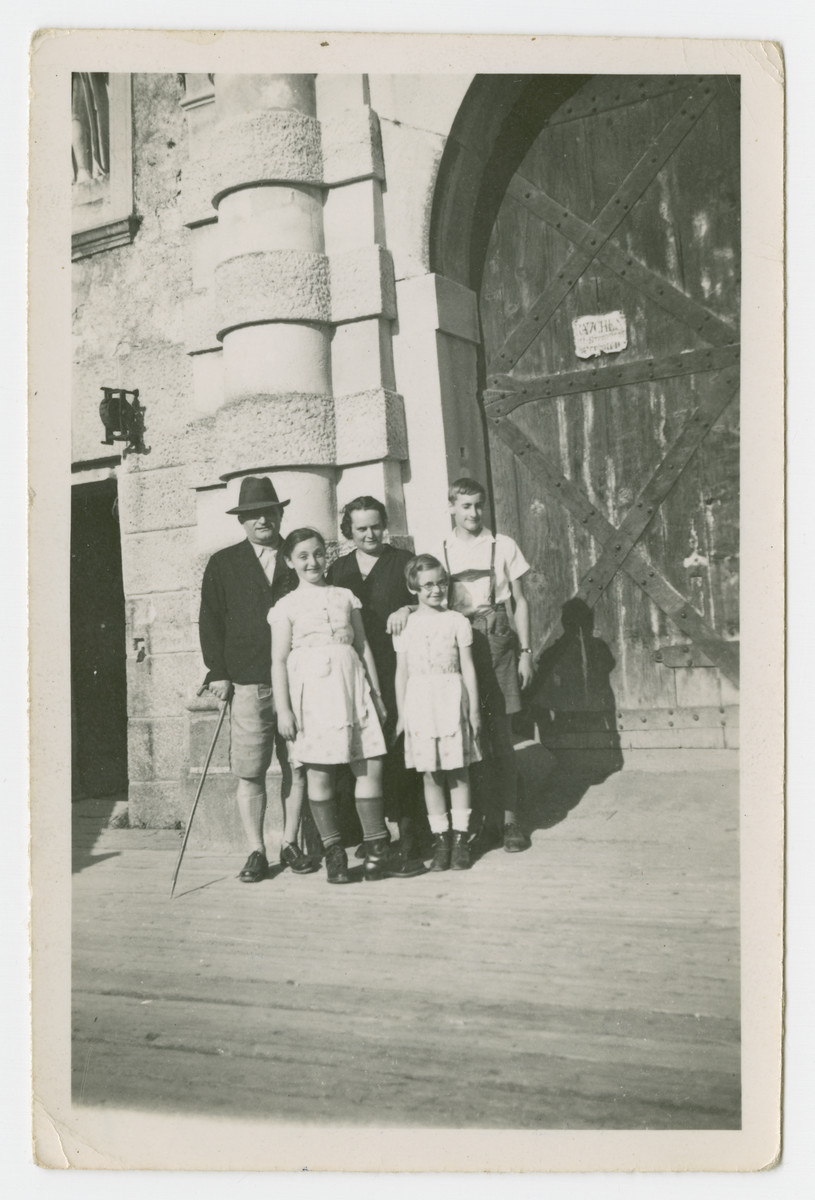 The Tauscher family poses on an excursion.

Pictured in the center are Trudie, Bertha and Alice Tauscher. On the sides are Victor Stecher (Bertha's brother) and his son Hans Stecher.